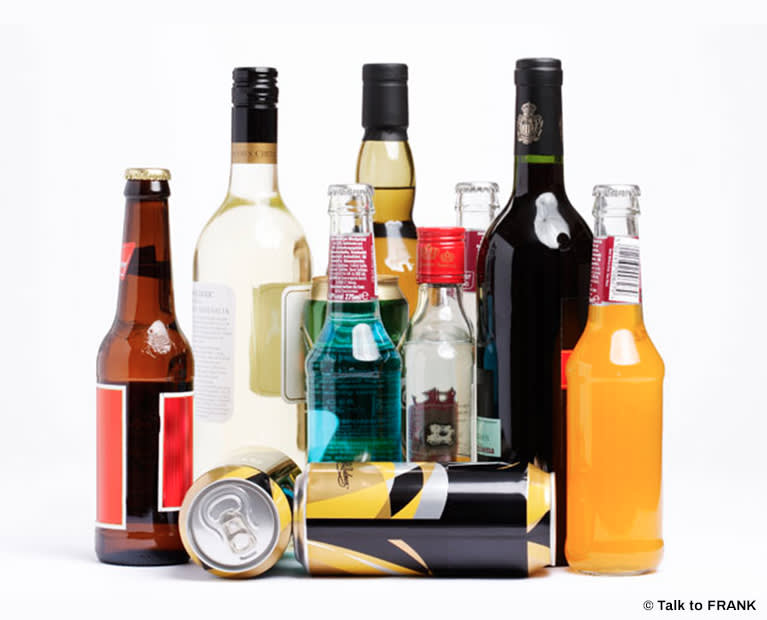 Definition: Liquid that contains alcohol (ethanol) and is intended for drinking. Almost all alcoholic beverages are prepared by fermentation, followed-in the case of spirits-by distillation. Beer and ale are produced from fermented grain (malted barley. rice, millet. etc.) often with hops added. Wines are produced from fermented fruits or berries, particularly grapes. Other traditional fermentation products are mead (from honey), cider (from apples or other fruits) sake (from rice). pulque (from the maquey cactus) and chicha (from maize). Spirits vary in the underlying grain or fruit raw material on which they are based: for instance, vodka is based on grain or potatoes, whisky on rye or corn, rum on sugar cane, and brandy on grapes or other fruit. Sherry, port, and other fortified wines are wines to which spirits have been added, usually to give an ethanol content of about 20%. Alcohol can also be synthesized chemically, e.g. from petroleum, but this has rarely been used for alcoholic beverages. Several thousand congeners-constituents of alcoholic beverages other than ethanol and water-have so far been identified, but ethanol is the main psychoactive ingredient in all common alcoholic beverages. Alcoholic beverages have been used since ancient times in most traditional societies, except in Australia, North America (north, roughly, of the Mexican border), and Oceania. Many traditional fermented drinks had a relatively low a1cohol content and could not be stored for more than a few days.

Most governments seek to license or otherwise control {and tax) the production and sale of alcohol, although home production of various types of alcoholic beverage may be permitted. Alcoholic beverages produced illicitly, notably spirits, often have a distinct identity (e.g. “moonshine.’ or “white lightning” in the USA, “poteen” in Ireland, “samogon” in countries of the former Soviet Union) and may be contaminated with poisons (e.g. lead) from the production process.