Does Ajinomoto Cause Cancer? 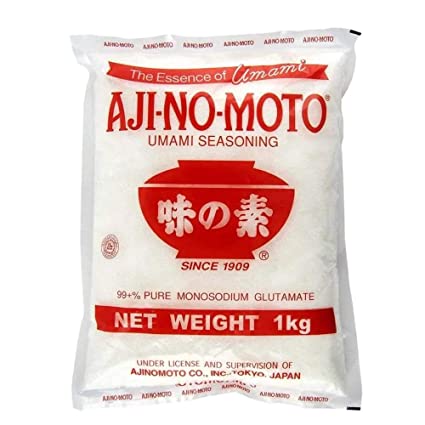 Despite being the first seasoning produced since 1909, Ajinomoto the number one brand of Monosodium Glutamate has continued to generate controversy despite approval by the National Agency for Food, Drug Administration and Control (NAFDAC). The Food and Drug Administration (FDA) of the United States has also classified MSG as a food ingredient that’s “generally recognized as safe,” but its use remains controversial. Glutamate is abundant in our traditional fermented condiments like iru, ogiri, and daddawa. The usage of Ajinomoto is increasing rapidly but the shouts about its toxic effects are getting louder. But why?

There are various reports and studies citing the harmful side effects of Monosodium Glutamate the main component of Ajinomoto. MSG is derived from the amino acid glutamate, or glutamic acid, which is one of the most abundant amino acids in nature. Glutamic acid is a non-essential amino acid, meaning that your body can produce it. It serves various functions in your body and is found in nearly all foods.

The Problem With Ajinomoto, Vedan, and other Seasonings Containing MSG

According to a study published in the journal of experimental clinical sciences which examined the public health threat of the extensive use of monosodium glutamate reported that;

MSG has been linked with obesity: Obesity is a complex disease involving an excessive amount of body fat. Obesity isn’t just a cosmetic concern. It is a medical problem that increases your risk of other diseases and health problems, such as heart disease, diabetes, high blood pressure, and certain cancers. Data from animal studies, in which neonatal administration of MSG provides a model of obesity with impaired glucose tolerance and insulin resistance led to concerns about obesity in humans using MSG in food. More hypotheses have proposed the mechanisms of MSG’s influence on metabolism. The potential link between MSG and obesity includes the MSG effect on energy balance by increasing palatability of food and by disrupting the hypothalamic signaling cascade of leptin action.

MSG has been linked with metabolic disorders: A metabolic disorder occurs when the metabolism process fails and causes the body to have either too much or too little of the essential substances needed to stay healthy. Our bodies are very sensitive to errors in metabolism. The body must have amino acids and many types of proteins to perform all of its functions.

MSG has been linked with Chinese Restaurant Syndrome: Chinese restaurant syndrome is a term coined in the 1960s. It refers to a group of symptoms some people experience after eating food from a Chinese restaurant. Today, it’s known as MSG symptom complex. These symptoms often include headache, skin flushing, and sweating.

MSG has been linked with neurotoxic effects: Neurotoxicity refers to the direct or indirect effect of chemicals that disrupt the nervous system of humans. According to a study published in the global journal of nutrition and food science, concerns were raised in the late 1960s that high doses of MSG may adversely affect brain function. The possibility of MSG-induced brain lesions through injection or force-feeding methods in rodents was also reported. The very high concentration of glutamate in the cytosol and glutamate-containing vesicles requires strict homeostatic mechanisms for the following reason.

MSG has been linked to detrimental effects on the reproductive organs: Testosterone is a hormone in the group of androgens that directly stimulates spermatogenesis through androgen receptors located in the testis. The rate or level of spermatogenesis also affects testosterone level and other reproductive hormones. Progesterone is a female sex hormone, synthesized from pregnenolone which in turn is derived from cholesterol. It is among the group of steroid hormones called progestogens. It plays a central role in ovulation, pregnancy, implantation, and regulation of uterine functions. Estrogens are steroid hormones produced primarily by the ovaries (the granulosa cells of the ovarian follicles and corpora lutea) and placenta (during pregnancy). The ovarian synthesis of estrogen is stimulated by the Follicle-stimulating hormone (FSH). MSG has toxic effects on the testis by causing significant oligozoospermia and increasing abnormal sperm morphology in a dose-dependent fashion in male Wistar rats. It has been implicated in male infertility by causing testicular hemorrhage, degeneration, and alteration of sperm cell population and morphology.