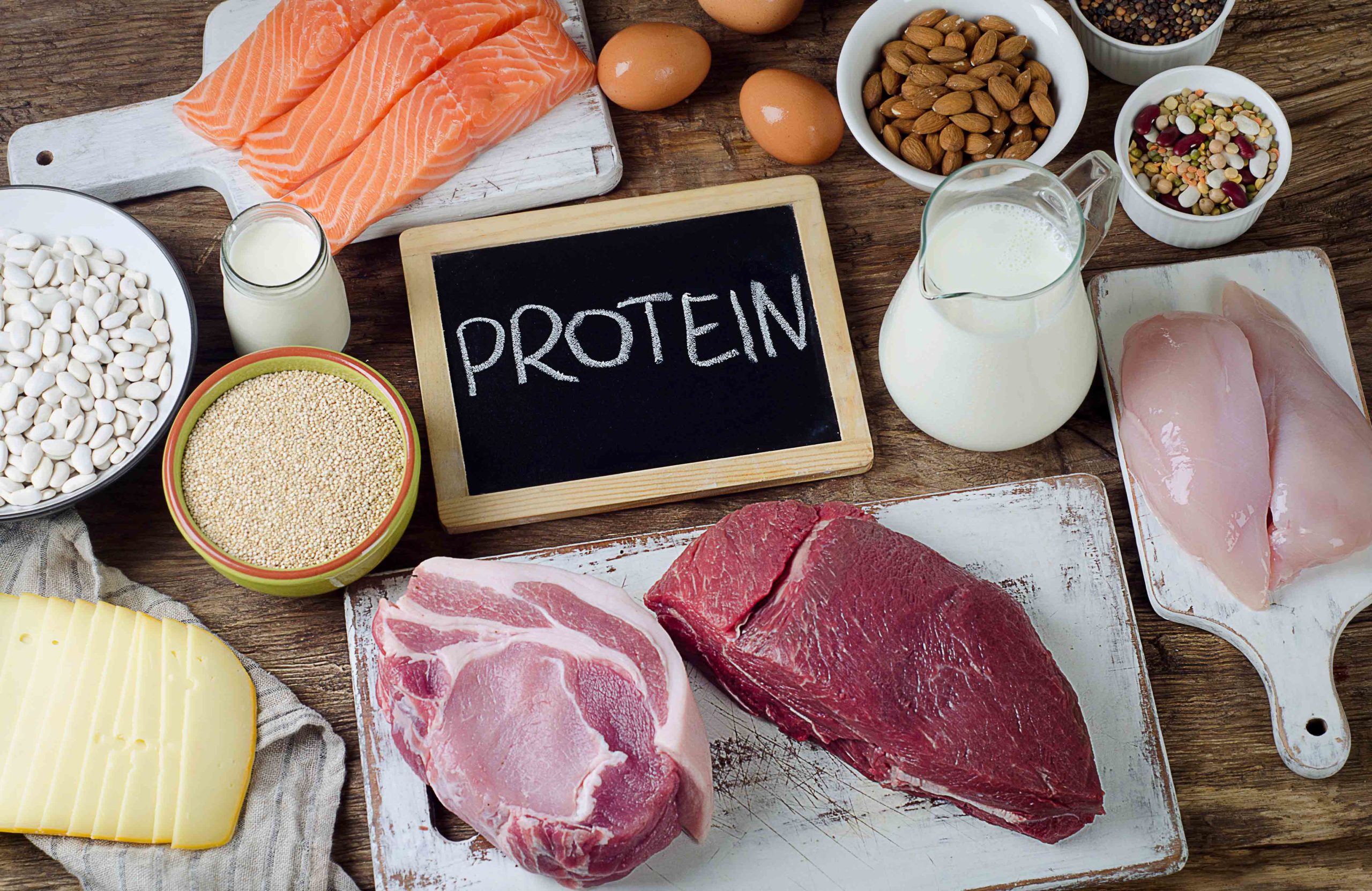 Which of the following is NOT a function of proteins?

The correct answer to the question above is D. Providing energy for metabolism.

Protein is a naturally occurring, extremely complex class of food that consists of amino acid residues joined by peptide bonds. Proteins are present in all living organisms and include many essential biological compounds such as enzymes, hormones, and antibodies. Carbohydrates, also known as saccharides or carbs, provide energy for metabolism. Each gram of carbohydrates provides 4 calories. The body breaks carbohydrates down into glucose, which is the primary energy source for the brain and muscles.

Types and Functions of Proteins

Proteins perform essential functions throughout the systems of the human body. These long chains of amino acids are critically important for:

Proteins (a polymer) are macromolecules composed of amino acid subunits (the monomers). These amino acids are covalently attached to one another to form long linear chains called polypeptides, which then fold into a specific three-dimensional shape. Sometimes these folded polypeptide chains are functional by themselves. Other times they combine with additional polypeptide chains to form the final protein structure. Sometimes non-polypeptide groups are also required in the final protein. For instance, the blood protein hemoglobin is made up of four polypeptide chains, each of which also contains a heme molecule, which is a ring structure with an iron atom in its center.

Proteins have different shapes and molecular weights, depending on the amino acid sequence. For example, hemoglobin is a globular protein, which means it folds into a compact globe-like structure, but collagen, found in our skin, is a fibrous protein, which means it folds into a long extended fiber-like chain. You probably look similar to your family members because you share similar proteins, but you look different from strangers because the proteins in your eyes, hair, and the rest of your body are different.

Every task performed by living organisms requires energy. Energy is needed to perform heavy labor and exercise, but humans also use a great deal of energy while thinking and even while sleeping. For every action that requires energy, many chemical reactions take place to provide chemical energy to the systems of the body, including muscles, nerves, heart, lungs, and brain.

The living cells of every organism constantly use energy to survive and grow. Cells break down complex carbohydrates into simple sugars that the cell can use for energy. Muscle cells may consume energy to build long muscle proteins from small amino acid molecules. Molecules can be modified and transported around the cell or may be distributed to the entire organism. Just as energy is required to both build and demolish a building, energy is required for both the synthesis and breakdown of molecules.

Many cellular processes require a steady supply of energy provided by the cell’s metabolism. Signaling molecules such as hormones and neurotransmitters must be synthesized and then transported between cells. Pathogenic bacteria and viruses are ingested and broken down by cells. Cells must also export waste and toxins to stay healthy, and many cells must swim or move surrounding materials via the beating motion of cellular appendages like cilia and flagella.