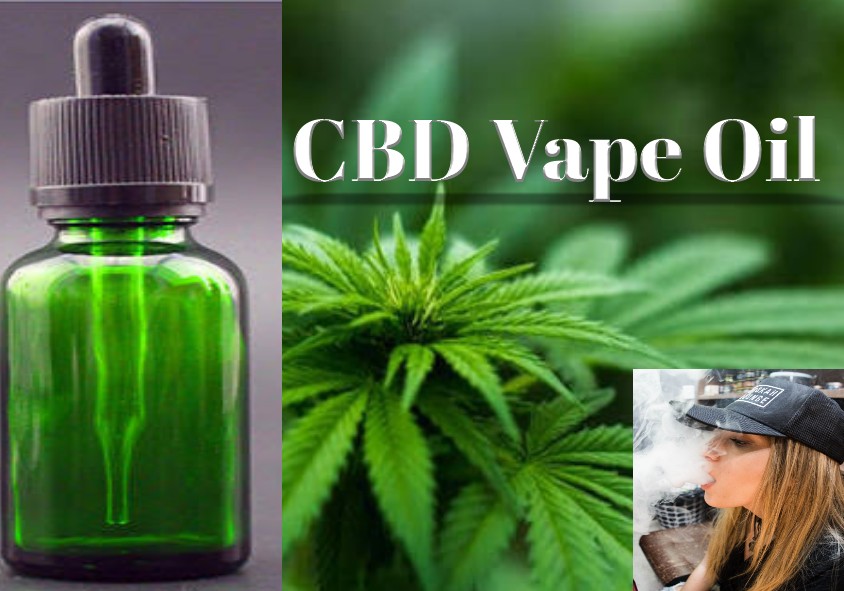 What is CBD Vape Oil?

CBD vape oil is concentrated oil extracted from the cannabis the plant. CBD which stands for cannabidiol is one of the many compounds extracted from the cannabis plant. The extracted oil is processed and packaged into electronic cigarette or e-cigarette cartridges or CBD oil vape pen. This handheld electronic device works by heating the CBD oil in the cartridge to generate an aerosol, commonly called a “vapor”,that the user inhales. Unlike delta-9 tetrahydrocannabinol (THC), CBD does not produce any psychoactive effects which implies that it does not alter the state of mind of an individual who uses it. CBD does however  appear to produce significant changes in the body, and some research suggests that it has potential therapeutic and medical benefits.

How does CBD Vape Oil work?

Our bodies naturally produce a cannabis-type chemical known as anandamide, (the bliss molecule)  cannabidiol  (CBD) exerts its effect by  elevating  the levels of your own endocannabinoid without effecting any mind changing or psychoactive effects. Once the CBD vape oil enters the bloodstream  during vaping , it starts sending signals to the body’s many endocannabinoid receptors. CBD vape oil has an indirect effect on the CB1 receptors, they stop the enzymatic breakdown of anandamide, allowing it to stay in the body  longer and provide medical benefits. The increase in the levels of anandamide in your body and brain is accompanied by anti-inflammatory effects.

Other known mechanisms of action of CBD oil include stimulation of vanilloid pain receptors (TRPV-1 receptor).  These receptors are known to mediate body temperature, pain perception, and inflammation. In addition, CBD oil can also exert its anti-anxiety effect by activating adenosine receptors which play a important role in cardiovascular function in the body  and cause a broad range of anti-inflammatory effect throughout the body. At higher concentrations, CBD oil can exert its antidepressant effect  by directly activating  the 5-HT1A serotonin receptor. According to researchers CBD also has other activities at other receptors, The exact details however is what science is working to unravel . SEE: Does CBD Get You High

With an increasing number of young people learning  how to vape cbd oil the question of the legality will continue to come up. Unfortunately, the answer to this question is not as straight as many would expect because of the thin line that exists between legality and illegality when it comes to CBD oil. Vaping  CBD  oil is a new trend that has gained popularity especially in countries where CBD vape oil is legal.  In many countries, Cannabis and its extracts in whatever forms are still illegal for whatever purpose. Nevertheless,  in the United states if  a CBD vape oil is extracted from industrial hemp with less than 0.3% THC content — in accordance with the Section 7606 of the Agricultural Act of 2014, aka the Farm Bill — it is considered hemp. However, if your CBD vape oil is extracted from a plant containing more than 0.3% of THC, it is considered cannabis and illegal in states that don’t allow medical or recreational marijuana.

To further complicate the CBD vape oil law triangle, the Drug Enforcement Administration (DEA) considers cannabis plant as an illicit substance under sub Schedule I drug, with “high potential” for abuse and “no currently accepted medical treatment use” and their position on cannabis and its compound was upheld by an appellate court decision. However, the farm Bill pre-empts the DEA’s ruling, and the Department of Agriculture says CBD extracted from hemp remains legal. The FDA, however is yet to approve any CBD vape oil or CBD containing product.

CBD oil vaping is one the most popular methods in which to take CBD oil, CBD vape oil effects has been known to help ease conditions and disorders . CBD oil has been studied for its potential role in treating many common health issues, such as anxiety, depression, acne and heart disease. For those with cancer, it may even provide a natural alternative for pain and symptom relief. A study published in The Permanente Journal, concluded that CBD oil is an effective compound in the reduction of  anxiety, insomnia secondary to posttraumatic stress disorder (PTSD) largely because of its anxiolytic and sleep-inducing effects. The study also reported that the  use of CBD oil in therapy may block anxiety-induced [rapid eye movement] sleep alteration via its anxiolytic effect on the brain.

CBD oil is also being studied for use in substance abuse therapies. Its ability to modify circuits in the brain related to drug addiction has been shown to reduce morphine dependence and heroin-seeking behavior. A study published in the  Integrative Medicine: A Clinician’s Journal  also found that CBD oil can be an effective and beneficial compound to use when an individual is transitioning off addictive use of marijuana.

As medical research on CBD gains prominence with reduced restrictions across the globe , some select countries such as Israel have been carrying out studies on the benefits of CBD oil on a wide spectrum ranging from cancer to down syndrome. According to the Journal Bioorganic & medicinal chemistry as well as  other studies CBD oil has the following beneficial effects:

-Improving sleep, and increasing a sense of well-being

Health Risks and Side Effects of CBD Vape Oil

Can you vape CBD oil is also another question that does not have a straight answer. A study by Wolfgang Schober of the Bavarian Health and Food Safety Authority and colleagues published in the International Journal of Hygiene and Environmental Health revealed that vaping worsened indoor air quality (IAQ), specifically by increasing the concentration of particulate matter, PAHs, and aluminum  compounds  in the air . This has been linked with  lung  diseases ,  cardiovascular disease, and cancer among many other health effects. In general, the side effects of smoking CBD oil in a vape pen include:

Inhibition of hepatic drug metabolism- Drugs and other chemicals are usually metabolized in the liver. The metabolic breakdown of drugs by living organisms is usually through specialized enzymatic systems. CBD oil metabolites can sometimes inhibit the activity of these enzymes or bind with cellular macromolecules and injure the cell directly or serve as new antigens to create immunologic injury in a delayed fashion.

Alterations of in vitro cell viability- Studies have shown that CBD alters the viability of cells in vitro . How CBD effects this alteration is not yet fully understood by science.

Decreased fertilization capacity- CBD has been linked with infertility. However new evidence suggest that since CBD maintain homeostasis, it can be very useful in maintaining or boosting male and female fertility but there is scarcity of studies to back up this claim.

Decreased activities of p-glycoprotein and other drug transporters- P-glycoprotein is one of the major drug transporters in the human body. It determines the uptake and efflux of a range of drugs. This process ultimately affects the plasma and tissue concentrations of the drugs and final effects. The decrease in the activity of this glycoprotein by CBD hemp oil vape can have far reaching consequences for drug absorption, excretion and other physiological processes in the body.

How Long Does CBD Vape Oil Last In The Body?

If you are a moderate to light user of CBD vape oil , CBD oil will stay in your system for around 3-5 days, with a week being the absolute maximum time the oil will stay in your body. This however  depend on several factors including weight of the user, frequency of usage, concurrent usage with other drugs or medications. In general CBD vape oil effects will only last about 3-4 hours and stay in your system for about 3-5 days. These limits also hold for other CBD products like CBD candy, Topical cream, lipsticks etc.

Warnings On Vaping CBD Oil and other Liquids

The Center for Disease Control and Prevention  warns that aerosols which users inhale and exhale from  e-cigarette including CBD oil vape pens  can contain harmful and potentially harmful substances, including:

Ultrafine particles that can be inhaled deep into the lungs

Flavoring such as diacetyl, a chemical linked to a serious lung disease

Heavy metals such as nickel, tin, and lead

The agency stressed that it is quite  difficult for users  and consumers to know what e-cigarette and vape liquids actually  contain. For example, some e-cigarettes marketed as containing zero percent nicotine have been found to contain nicotine , while some CBD oils have also been found to contain unacceptable levels of THC a substance with strong psychoactive effects. Read :  Does CBD Vape Oil Show Up on  Drug Test