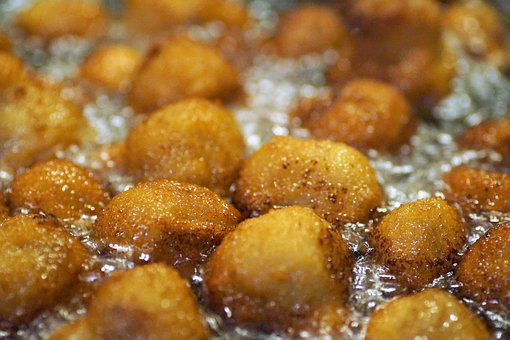 Most delicacies around the globe are prepared using various types of oil. This smooth flowing liquid enhances the organoleptic property and flavor of the food. Cooking oil comes from a variety of sources, many come from plant sources such as palm oil, olive oil, canola oil and groundnut oil, while others like butter and lard have animal origins.

Many around the world are cooking with the wrong oil and studies have found a significant correlation between high consumption of unhealthy oil and low density lipoprotein concentration which has been identified as a risk factor for cardiovascular diseases.A long-term study conducted in the United States involving more than 120,000 individuals reported that switching from saturated fat and / or Trans fats to polyunsaturated fat could reduce the risk of dying by 27%.

According to a publication by the University of California, lab research on palm oil even though classified as a highly saturated, has shown that it may act more like an unsaturated oil in the body in terms of how it affects the blood level of cholesterol.

Increased Risk Cardiovascular Diseases
Cardiovascular disease (CVD) is a leading cause of death, accounting for 17.3 million deaths each year, studies have shown that consumption of saturated fact is linked with elevated level of bad fat (low-density lipoprotein) in the blood and high blood cholesterol levels. Consuming food prepared with these types of oil significantly increases your risk for developing heart disease.

Risk of obesity and diabetes

With obesity and diabetes becoming a huge public health concern, attempts to cut down on calories will be adversely affected by diets containing saturated fats. It is important to note that while 1 gram of carbohydrate and protein provide 4 calories respectively, an equivalent gram of saturated fat provides 9 calories.

According to Amy Jamieson-Petonic of Academy of Nutrition and Dietetics, Saturated fats have been shown to increase inflammation and promote weight gain. She further averred that saturated fat have also been linked to heart disease, diabetes, and arthritis. Admonishing the population to choose foods low in saturated fat, as well as whole grains, fruits and vegetables so as to reduce the risk of disease and promote health.

Generally, there is need to watch against the activities of unscrupulous individuals who deliberately and illegally mis-label and re-validate expired and unwholesome cooking oil for sale to members of the public especially in developing countries.