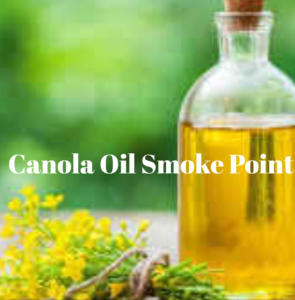 Canola oil, or canola for short, is a vegetable oil derived from a variety of rapeseed that is low in erucic acid, as opposed to colza oil. Canola oil contains 7% saturated fat, compared to 9% for sunflower oil, 13% for corn oil, and 14% for olive oil. Canola oil is also very rich in healthier unsaturated fats. It’s higher in the omega-3 fatty acid alpha-linolenic acid (ALA) than any other oil except flaxseed oil. Studies have shown that ALA may help protect the heart through its effects on blood pressure, cholesterol, and inflammation. This is one of the many reasons why it is referred to as the healthiest cooking oil available on the market by its makers,

Canola oil is praised by the mainstream food industry due to its fatty acid content:

Smoke point refers to the temperature at which Canola  oil begins to break down and starts to smoke. Smoking is evidence of the fat’s breakdown resulting in the release of trans fat, free radicals and toxins that often find their way into your food and consequently lead to health complications. Canola oil have moderately high smoke points, making them good for sauteing over medium-high heat. 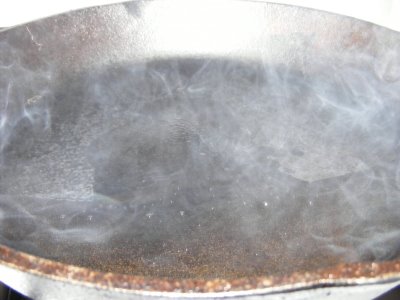 Because of its light flavor, moderately high smoke point, and smooth texture, canola oil is one of the most versatile cooking oils. However,  as with many oils  the many health benefits of canola oil derivable from its rich  nutrient profile  are often lost when heated to or above smoke point. The consequences of heating cooking oils extend far beyond the immediate risk of burns by splattering hot oil. Research has demonstrated that all oils can withstand varying levels of heat. If that level is exceeded, however, the oil not only begins to lose its nutritional value and flavor, it produces toxic fumes and hazardous substances called free radicals.

The breakdown of oil result in the release of   trans -fat, free radicals and toxic fumes. Understanding the health implications of these byproducts of heating  canola oil  to its smoke point temperature is very important:

In a study published in 2010 by the “Food Chemistry” journal, researchers studied the emissions from four commonly used oils — safflower, canola, extra virgin olive and coconut. Each was heated to four temperature levels, and its emissions were analyzed for certain toxic fumes, including aldehydes, which are known to be cancer-causing. When an oil exceeded its smoke point, the amount of toxic fumes increased significantly, according to the study. Canola oil, with the highest smoke point, gave off the lowest levels of toxic fumes. Coconut oil, which has the lowest smoke point of the four studied, emitted the greatest amount of total volatile fumes at all but the lowest temperature.

Chemical byproducts in the toxic fumes generate free radicals, which are damaged cells. Once inhaled, they have the potential to damage other healthy cells in your body by changing their DNA. Over time, these damaged cells accumulate and can become precursors to various diseases such as cancer. Health professionals encourage limiting exposure to external free radical sources, such as air pollution, cigarette smoke and fumes from overheated cooking oil — and consuming a diet rich in antioxidants, which is a natural defense against them.