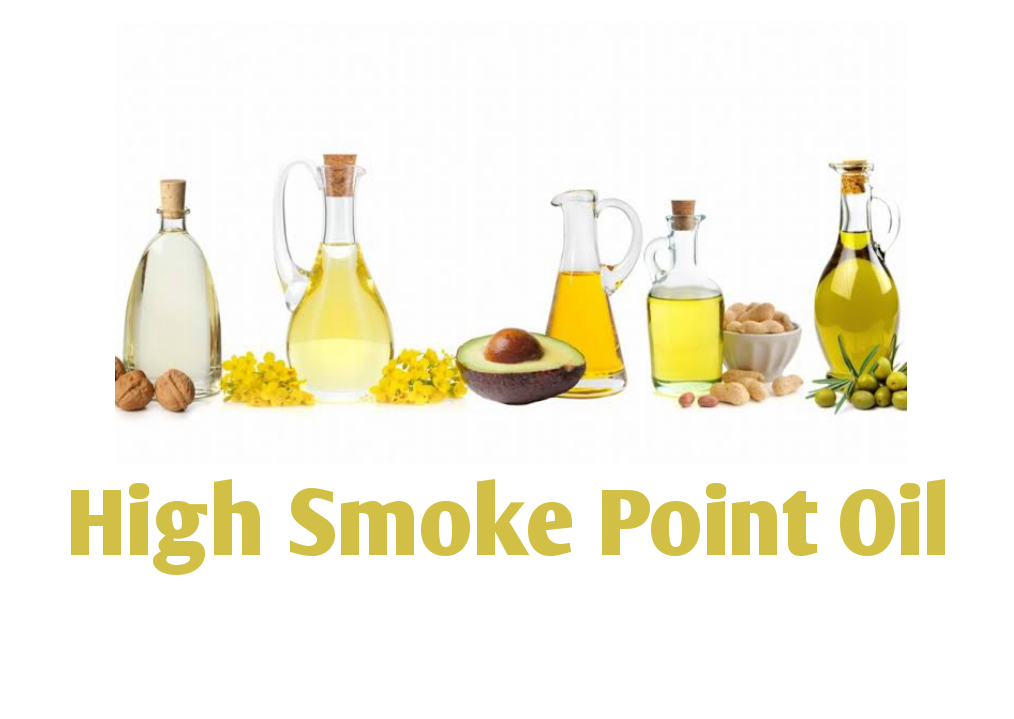 Smoke Point – Smoke point  of an oil  also known as boiling point of an oil can simply be defined as the temperature at which, under specific and defined conditions, it begins to produce a continuous bluish smoke that becomes clearly visible. This process is accompanied by the release of free radicals, trans fat and toxins that often find their way easily into your food and cause a variety of unpleasant health conditions. Oils with high smoke points are good for high-heat frying and stir-frying.

Smoke point values of oil can vary greatly, depending on several factors such as:

Here’s a list of some top cooking oils with their corresponding smoking points and benefits.

Avocado oil– Avocado oil is an edible oil pressed from the fruit of the Persea americana. As a food oil, it is used as an ingredient in other dishes, and as a cooking oil. A diet rich in avocados may lower blood pressure and offer cholesterol-lowering benefits similar to olive oil. Whole avocados have magnesium, which has blood pressure-lowering properties, and potassium, which lessens the effect of sodium in the body. The oil is also used for lubrication and in cosmetics, where it is valued for its supposed regenerative and moisturizing properties. Avocado oil has a smoke point of 271°C or 520°F

Almond oil ­- Almond oil had been used extensively for its health benefits. This oil is very popular in Southeast Asia and in the Mediterranean region where the Almond tree was first domesticated, the almond kernels and the nutty oil extracted from them were credited with promoting heart and skin health Almond oil is tasty and typically low in saturated fat. Recent studies show that a diet rich in almonds may help reduce blood pressure. Almond oil has a relatively high smoke point  of 216°C /  420°F

Walnut Oil – Walnut oil is oil extracted from walnuts, Juglans regia. The oil contains polyunsaturated fatty acids, monounsaturated fatty acids, and saturated fats. It is rich in antioxidants, melatonin, ellagic acid, omega 3, 6 and 9, and phytonutrients. It is used to improve blood circulation, minimize risks of heart diseases, aid sleep, and to keep hormones balanced. Walnut oil also contains vitamins B, B1, B2, E and niacin; all of which are good for treating skin. Semi-refined walnut oil has a smoke point of around 160°C / 320˚F while refined walnut oil is around 200°C  /400˚F.

Peanut Oil – Peanut oil, also known as groundnut oil or arachide/arachis oil, is a mild-tasting vegetable oil derived from peanuts. It is naturally trans fat-free, cholesterol free, and low in saturated fats. Many are not aware that frying in 100% peanut oil is allergen-free as well. Peanut oil is high in unsaturated fats, especially monounsaturated fat. It is also a source of vitamin E and phytosterols, which benefit heart-health. The oil is available with a strong peanut flavor and aroma, analogous to sesame oil. Refined peanut oil has a high smoke point at around 232 °C  / 450˚F while the unrefined peanut oil has a smoke point of 160°C  or 320˚F.

Types Of High Smoke Point Oil Based On Use