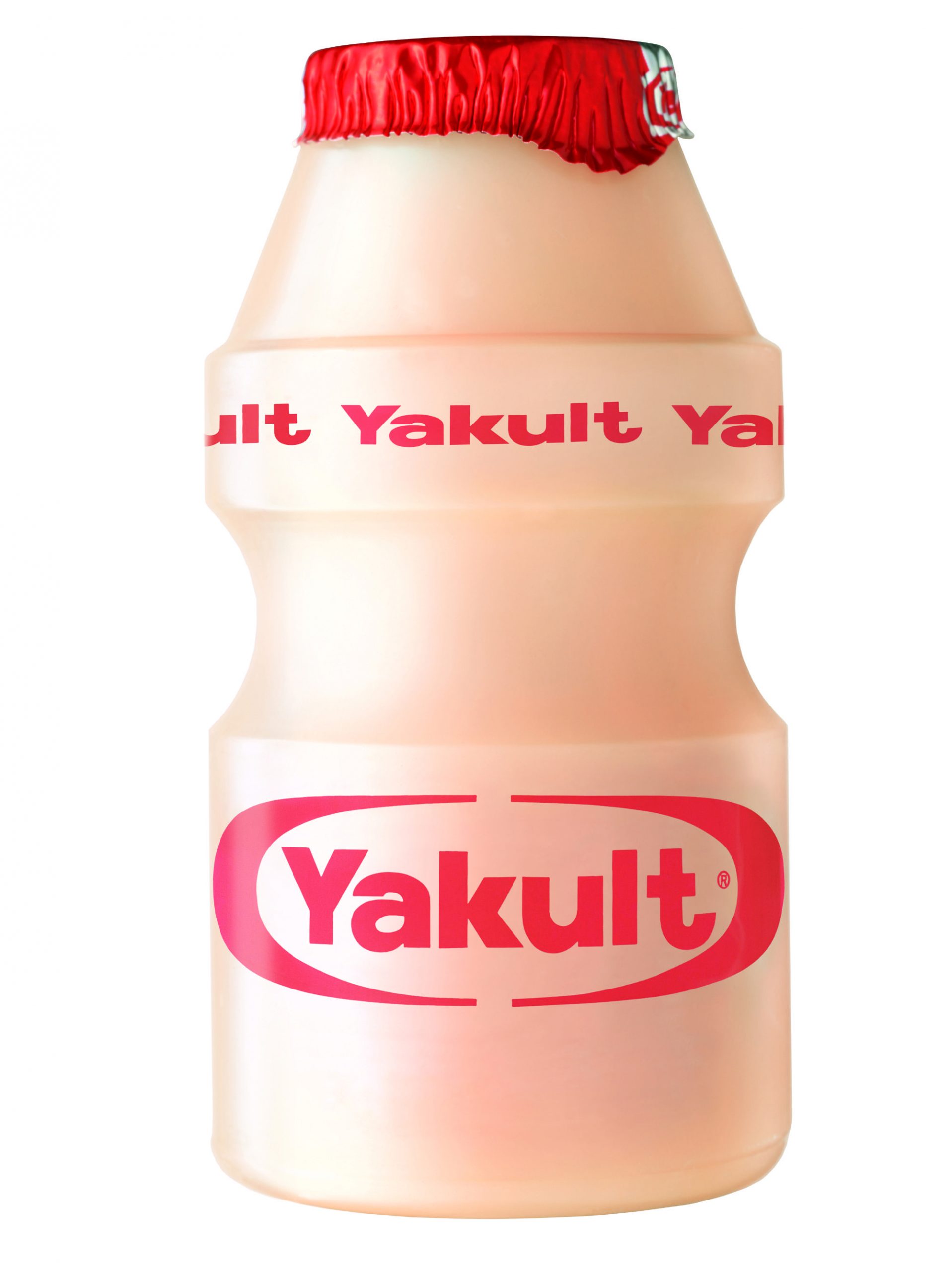 Yakult is prepared by adding glucose to skimmed milk, and heating the mixture at 90 to 95 °C for about 30 minutes. After letting it cool down to 45 °C, the mixture is inoculated with the lactobacillus and incubated for 6 to 7 days at 37 to 38 °C. After fermentation, water, sugar, gums and lactic acid are added.

What Are The Benefits Of Drinking Yakult Everyday?

Improve digestive health: Yakult probiotic milk include “good” bacteria. These are live microorganisms that can provide health benefits when consumed. These benefits are thought to result from the ability of probiotics to restore the natural balance of gut bacteria. An imbalance means there are too many bad bacteria and not enough good bacteria. It can happen due to illness, medication such as antibiotics, poor diet and more.

Prevent and treats diarrhea: Probiotics like Yakult probiotic milk are widely known for their ability to prevent diarrhea or reduce its severity. Diarrhea is a common side effect of taking antibiotics. It occurs because antibiotics can negatively affect the balance of good and bad bacteria in the gut. Several studies suggest probiotic use is associated with a reduced risk of antibiotic-associated diarrhea. In one study, researchers found that taking probiotics reduced antibiotic-associated diarrhea by 42% .

Boost mental health: An increasing number of studies link gut health to mood and mental health. Both animal and human studies find that probiotic supplements can improve some mental health disorders. One study reported that taking probiotics like Yakult probiotics  milk for 8 weeks can decrease depression levels and reduce levels of C-reactive protein (a marker of inflammation) and hormones such as insulin.

Boost Cardiovascular health: Probiotics may help keep your heart healthy by lowering LDL (“bad”) cholesterol and blood pressure. Certain lactic acid-producing bacteria may reduce cholesterol by breaking down bile in the gut. Bile, a naturally occurring fluid mostly made of cholesterol, helps digestion. By breaking down bile, Yakult can prevent it from being reabsorbed in the gut, where it can enter the blood as cholesterol.

Help Reduce digestive problems: Over one million people in the US suffer from inflammatory bowel disease, including ulcerative colitis and Crohn’s disease. Certain types of probiotics from the Bifidobacterium and Lactobacillus strains which is found in Yakult probiotic milk have improved symptoms in people with mild ulcerative colitis. However, probiotics appear to have little effect on symptoms of Crohn’s disease.

In 2006, a panel appointed by the Netherlands Nutrition Center (Voedingscentrum) to evaluate a marketing request by Yakult found sufficient evidence to justify claims that drinking at least one bottle of Yakult per day might help improve bowel movements for people who tend to be constipated, and might help maintain a healthy population of gut flora. Nevertheless, probiotics may have benefits for other bowel disorders. Early research suggests they may help with symptoms of irritable bowel syndrome (IBS). They have also been shown to reduce the risk of severe necrotizing enterocolitis by 50%.

Boost immune system: Probiotics may help give your immune system a boost and inhibit the growth of harmful gut bacteria. Probiotics have been shown to promote the production of natural antibodies in the body. They may also boost immune cells like the IgA-producing cells, T lymphocytes and natural killer cells.  A study including over 570 children found that taking Lactobacillus reduced the frequency and severity of respiratory infections by 17%.

Boost Weight loss: Yakult probiotic milk may help with weight loss through a number of different mechanisms. Probiotics help you feel fuller for longer, burn more calories and store less fat. This is partly caused by increasing levels of certain hormones, such as GLP-1.

UTI and Vaginal Health: Probiotics like Yakult may also be of use in maintaining urogenital health. Like the intestinal tract, the vagina is a finely balanced ecosystem. The dominant Lactobacilli strains normally make it too acidic for harmful microorganisms to survive. But the system can be thrown out of balance by a number of factors, including antibiotics, spermicides, and birth control pills. Probiotic treatment that restores the balance of microflora may be helpful for such common female urogenital problems as bacterial vaginosis, yeast infection, and urinary tract infection.

For most healthy people, Yakult probiotic milk don’t cause any harm. They are generally considered safe and are often “given a try” to see if they could help with various medical conditions. There’s a lot of research around the topic of probiotics. Scientists are trying to determine when and how they should be used, as well as how effective they are. Talk to your healthcare provider before starting Yakult probiotic milk because there are some cases where you shouldn’t be taking them. It’s always best to have the conversation first before starting a new supplement.

In 2010, a European Food Safety Authority (EFSA) panel denied a request by the company to market Yakult as defending the upper respiratory tract against pathogens (in other words, protection against diseases like the common cold), finding the claim not supported by the evidence.

In 2013, the UK Advertising Standards Authority disallowed an advertisement for Yakult in response to a complaint. It found that while there was sufficient evidence for the claim that “significant numbers of viable [Lactobacillus] survived transit to the gut [after consumption of Yakult]”, the advertisement had made claims of general health benefits without providing a specific, referenced claim, as required.

Side Effects of Yakult Probiotic Milk

Though taking Yakult probiotic milk may provide various benefits, it can also cause side effects, including:

Predisposition to Digestive symptoms: While taking Yakult probiotic milk, a person may experience gas and bloating when first using probiotics. Changes in the gut microbiota can result in bacteria producing more gas than usual, which can lead to bloating.

Skin problems: In rare cases, probiotics like Yakult probiotic milk may cause skin rashes or itchiness. Authors of a 2018 review found that two study participants who took probiotics to treat IBS reported an itchy rash as a side effect. This led one participant to drop out of the trial. If a rash or severe itching occurs, stop using the probiotic. Check the product’s labeling for any possible allergens, and see a doctor if the rash is severe, persistent, or it accompanies other concerning symptoms.

Increased risk of infection: Although probiotics are generally safe to use, findings of a review from 2017 suggest that children and adults with severe illnesses or compromised immune systems should avoid using probiotics. Some people with these conditions have experienced bacterial or fungal infections as a result of probiotics use. If a person has a condition that affects their immune system, they should speak with their doctor before taking Yakult probiotic milk. Also, anyone using antifungal medication should wait until the infection has cleared up before taking this product.