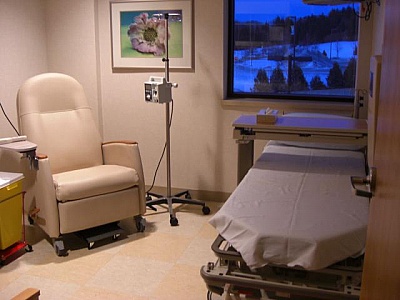 What is Stage 4 lung cancer?

Stage 4A can mean any of the following:

-There is cancer in both lungs

Stage 4B means that the cancer has spread to several areas in one or more organs.

What is Adenocarcinoma Lung Cancer?

Adenocarcinoma Lung Cancer is a subtype of non-small cell lung cancer (NSCLC). This type of lung cancer occurs mainly in current or former smokers, but it is also the most common type of lung cancer seen in non-smokers. It is more common in women than in men, and it is more likely to occur in younger people than other types of lung cancer. About 40% of lung cancers are adenocarcinomas. These cancers start in early versions of the cells that would normally secrete substances such as mucus. See: Breast Cancer NGO In Nigeria

What are the Risk Factors for Adenocarcinoma Lung Cancer?

Stage 4 Adenocarcinoma Lung Cancer life Expectancy With or Without Treatment?

In order to understand non small cell lung cancer life expectancy, it is imperative to know that each individual is unique and survival rates for lung cancer are different for each person. There are several factors that can either increase or decrease these numbers. Yet, survival rates also need to be understood. It’s important to understand where these numbers come from, and why they can be misleading or even completely inaccurate, before looking at your numbers.

Lung cancer survival rates are a measure of how many people remain alive with lung cancer after a certain amount of time. For example, a five-year survival rate of 40 percent for a condition would mean that 40 percent of people, or 40 out of 100 people, would be alive after five years.

When talking about lung cancer, physicians often use the term median survival as well. Median survival is the amount of time at which 50 percent of people with a condition will have died, and 50 percent are still alive. Several factors can affect survival rates from lung cancer. Some of these factors include age, sex, race, other medical conditions how you respond to treatment, complications of lung cancer, and smoking. Although stage IV lung cancer is treatable with new targeted therapies and immunotherapies, stage 4 Adenocarcinoma lung cancer is inoperable and does not usually respond to treatment with radiation or chemotherapy. According to the National Cancer Institute, only 17 percent of those diagnosed with Stage IV survive beyond five years; eight to 10 months is the usual prognosis. Other sources put the overall 5-year stage 4 lung cancer life expectancy with treatment at just 1 percent to 2 percent. The median survival time is about 8 months. Although a study published in the JNCI: Journal of the National Cancer Institute reported that long-term follow-up confirms that patients with stage III NSCLC who receive 5 weeks of chemotherapy with cisplatin and vinblastine before radiation therapy have a 4.1-month increase in median survival. See: Alternative Cancer Treatment In Nigeria

What Is Average Life Expectancy In Nigeria?

Why Blacks Are More Likely to Die of Pancreatic Cancer