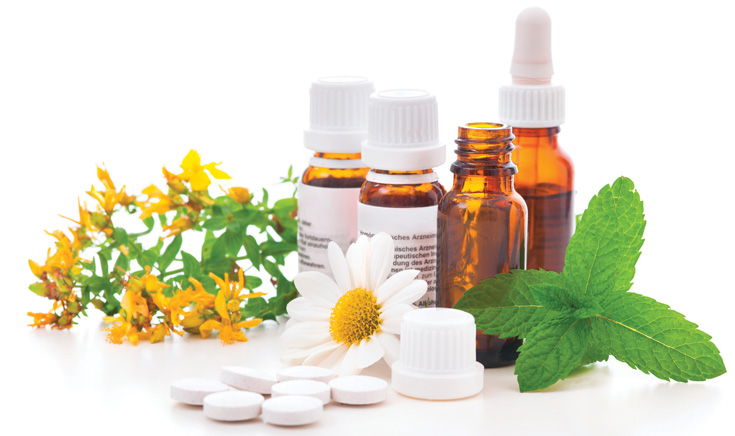 Alternative cancer treatments may not play a direct role in curing your cancer, but they may help you cope with signs and symptoms caused by cancer and cancer treatments. Common signs and symptoms such as anxiety, fatigue, nausea and vomiting, pain, difficulty sleeping, and stress may be lessened by alternative treatments. Complementary therapies on the other hand are used along with standard cancer treatment and are typically used to improve the quality of life and not to treat cancer. According to recent studies, the prevalence of complementary and alternative medicine use is high among cancer patients in Nigeria, but the physicians were largely unaware of CAM use due to a communication gap.

One drug for breast cancer could cost an estimated N1m. By the time you pay for 12 months, you must have spent about N12m. And this is apart from the money you will pay for the laboratory diagnosis and the radiotherapy. This huge financial burden makes alternative cancer therapy in Nigeria very attractive.

Helexior therapy:  Helexior therapy has been proven for a very long time to have a very high efficacy because it has been used for over 20 years in the G-7 countries namely U.S., Canada, Switzerland, South Korea, Japan, Germany, and Russia The therapy which has been certified by the National Agency for Food and Drug Administration and Control (NAFDAC) is said to be a cellular approach in the treatment of cancer with origin from Germany and has been in existence since 1976 targeting all kinds of cancer but became available in Nigeria in 2017.

Also, a Nigerian-born Professor of Biology, Ernest Izevbigie has patented a formula made from bitter leaf (Vernonia amygdalina). This bitter leaf-based formula is a proven anti-diabetic and anti-cancer formula in laboratory and clinical trials. This formula product can also benefit HIV/AIDS patients. It has been patented: U.S. Patent 6,713,098 in 2004 and the second 6,848,604 in 2005.

Izevbigie said, “we found that in using the plant material (from Vernonia amygdalina), some compounds from the extracts were able to inhibit the growth of breast cancer cells. Later through collaborative research, we found they were also effective in other tumor cells. ”

Izevbigie explained that evidence from cell culture and animal studies research and reports from individuals reveal that bitter leaf formula supplement may abate or improve the health conditions or symptoms of Human Immuno-deficiency Virus (HIV)/Acquired Immune Deficiency Syndrome (AIDS) patients including abrosia (wasting away), nausea and vomiting, compromised immune systems, etc. Bitter leaf supplement-induced stimulation of the immune system offers hope to many suffering from AIDS-related diseases. According to recent research, “Discovery of water-soluble anticancer agents (Edotides) from a vegetable found in Benin City, Nigeria,” published in the journal Experimental Biology and Medicine, Bitter Leaf may prevent the onset of breast cancer.

Cannabis sativa, also known as hemp or marijuana, is a species of the Cannabinaceae family of plants. Cannabis contains the chemical compound THC (delta-9 tetrahydrocannabinol), which is believed to be responsible for most of the characteristic psychoactive effects of cannabis that leads to the “high” that is experienced when cannabis is consumed. However, not all components of cannabis are psychoactive.

Cannabis has shown promise as an effective remedy for cancers. According to a study conducted by researchers from the Complutense University in Madrid, Spain, and published in the Journal of Clinical Investigation, the active ingredient in marijuana appears to target cancerous brain cells for destruction while leaving healthy cells alone. Hemp uses in any form in Nigeria is currently illegal until current laws are revised.

Kigelia also known as pandoro or uturubien is a genus of flowering plants in the family Bignoniaceae. The genus consists of only one species, Kigelia africana, which occurs throughout tropical Africa. This medicinal plant is used in southeastern Nigeria by local traditional healers for the treatment of fertility abnormalities. It is also used to treat skin ailments, including fungal infections, boils, psoriasis and eczema, leprosy, syphilis, and cancer. According to ethnobotany and recent scientific work of Professor P. J. Houghton of the Pharmacognosy Research Laboratories, Department of Pharmacy, King ’s College London, “experiments into the effect of Kigelia extracts and some of the pure compounds contained therein, on micro-organisms and cancer cells have shown that the traditional use of this plant is given considerable justification. In addition, there exists evidence for its anti-inflammatory reputation.”

Xylopia aethiopica is an evergreen, aromatic tree, of the Annonaceae family that can grow up to 20m high. It is native to the lowland rainforest and moist fringe forests in the savanna zones of Africa. The dried fruits of X. aethiopica are used as a spice and herbal medicine.  In Nigerian, it is called kyimba in Arabic, kumba in Arabic-Shuwa, kenya in Bokyi, akada in Degema, unie in Edo, ata in Efik, kimbaahre in Fula-Fulfulde, kimbaa in Hausa, ata in Ibibio, uda in Ibo, tsunfyanya in Nupe, kimbill in Tera, eeru in Yoruba.. The plant is also used in decoction to treat dysentery, bronchitis, ulceration, skin infection, and female sterility.

According to The Useful Plants of West Tropical Africa by H. M. Burkill, “the powdered root of Xylopia aethiopica is used as a dressing for sores and to rub on gums for pyorrhoea and in local treatment of cancer in Nigeria, and when mixed with salt is a cure for constipation. 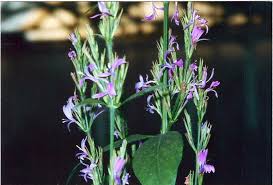 Hypoestes rosea, an antimalarial wonder plant, is an evergreen shrub or small tree reaching 1m high, abundantly available in Western Cameroun and in Southern Nigeria. The reported medicinal uses of H. rosea by indigenous people in different parts of the world show considerable similarities. In a broad sense, preparations were used largely as anti-inflammatory, anticancer, and antimalaria.

According to a review, purified hypoestoxide (HE, 33) from Hypoestes rosea leaves and twigs extracts inhibited mouse melanoma in the tumor model mice.  The study by Ojo Amaizeand his team demonstrated that mean tumor volumes in mice treated with HE orally alone or combined with 5-fluorouracil were significantly smaller than those in control mice in the in ovo chick chorioallantoic membrane (CAM) assay. The remarkable reductions in tumors led to increase in life spans and prominent survival times mean in the treated mice. These results indicated that HE is an efficient anticancer agent for colorectal cancer alone or in combination with 5-fluorouracil. See: Do Prostate Massages Help Prevent Cancer

Breast Cancer NGOs In Nigeria and their Contacts

How Long Does It Take For Cervical Cancer to Develop?