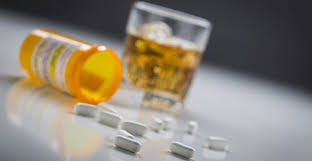 The green rectangular pill with imprint S 90 3 has been identified as Alprazolam 2 mg. It is supplied by Dava Pharmaceuticals Inc. Alprazolam is just the generic name for Xanax which is in the class of drugs known as benzodiazepines also known as benzos on the streets. This drug is used for the treatment of anxiety disorders and panic attacks mainly. It is not an extended-release drug and is taken for immediate relief. The 2mg (bars) as they are referred to is pretty much the strongest dose one can take. Doses usually start at 0.25mg and are adjusted up from there. Alprazolam 2 mg is classified as a Schedule 4 controlled substance under the Controlled Substance Act (CSA).

This drug works by boosting the effects of a natural chemical made in the brain called gamma-aminobutyric acid (GABA) and is very effective at what it does. Generally, they are prescribed for acute symptoms. A patient with a panic or anxiety attack comes on if they take a benzodiazepine class of drug. Depending on their tolerance, the attack will be thwarted in minutes. It works by decreasing abnormal excitement in the brain and central nervous system to produce a calming effect. This slows down the movement of brain chemicals that may have become unbalanced, resulting in a reduction in nervous tension and anxiety. It is also used in alcohol detox to lessen the withdrawal effects of alcohol, as the two drugs are very similar and both operate on the brain’s GABA receptors. 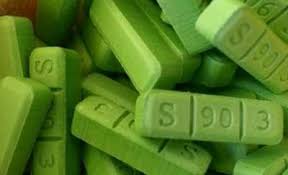 However, S 90 3 green Xanax is very fast-acting and also very addictive with a high potential for abuse. Many abusers take much more than the recommended dosage to achieve a very sedating high that will make them feel extremely calm and relaxed and generally, they will (nod) out like heavy opiate users. Tolerance is formed very quickly and most physicians do not even prescribe the 2mg dosage often. Some patients are prescribed to take the drug multiple times a day to control severe anxiety. The DEA classified this drug in Schedule IV meaning they have a low potential for abuse and low risk of dependence. Nevertheless, it must be noted that when used inappropriately benzodiazepines can be very dangerous as they are one of only two classes of drugs where you can actually die if you are addicted and stop suddenly from the withdrawal symptoms.  In the US alone, an estimated 54 million people over the age of 12 have used prescription drugs for nonmedical reasons in their lifetime and there is positive evidence of human fetal risk during pregnancy. SEE: Green football Xanax

If you are 21 or older, you can legally drink alcohol in the United States. According to the National Institute on Alcohol Abuse and Alcoholism (NIAAA), over 86 percent of adults, in the US drink alcohol at least once in their lifetime. However, 16 million people in the country made up of over 15.1 million adults and 623,000 adolescents struggle with alcohol use disorder (AUD). In addition, prescription drug misuse is very common among those who consume alcohol it involves mixing the prescription with other dangerous drugs, including alcohol. Using multiple substances at the same time, also known as polydrug use, can sometimes be very dangerous. Polydrug use is never considered safe, but some substances can be deadly and should never be used together. Combining S 90 3 Xanax bars and Alcohol is among the most harmful drug combinations for the body and brain. Each substance increases the effects of the other, intensifying the associated dangers. Even a normal-sized, legally prescribed dose of Xanax should never be combined with alcohol. Despite being a highly risky combination, alcohol is the most common substance abused alongside Xanax. This combination greatly slows down the central nervous system which can happen rather quickly, resulting in serious side effects such as seizures, coma, and death within as little as 15 minutes. This dangerous combination causes the heart to beat slower and slower until it can no longer pump enough blood to the brain. At this time, death occurs. One important factor that must be considered when mixing alcohol with S 90 3 Xanax bars is that sudden death can occur within minutes when fake S 90 3 Xanax bars or  R039  yellow pill fakes are used because they do not contain Alprazolam but Fentanyl a powerful synthetic opioid that is 50 to 100 times more potent morphine. In general, mixing alcohol with S 90 3 Xanax bars can result in:

Decreased Motor Skills: Problems with the brain, spinal cord, peripheral nerves, muscles, or joints can also have an effect on fine motor skills, and decrease control. Mixing alcohol and S 90 3 Xanax significantly reduces coordination and reaction time making driving very dangerous. Any physical activity can become a danger while under the influence of multiple depressants. Read 44 175 White Pill: Everything You Should Know

Reduced Cognition: Cognition refers to the mental processes involved in gaining knowledge and comprehension. These processes include thinking, knowing, remembering, judging, and problem-solving. A reduction of cognitive abilities is extremely common among those mixing alcohol and benzos like S 90 3 because this side effect is common to both drugs and is thus multiplied during polydrug use. Reduced cognition can result in a loss of inhibitions that can lead to accidents, and impaired judgment that can lead to poor or risky decisions, significantly reduced reasoning abilities, and inability to control one’s emotions that can result in becoming hostile or aggressive. Read U03 Pill: Everything You Should Know

Blackouts: A blackout is a temporary condition that affects your memory. It’s characterized by a sense of lost time. It is one of the most common side effects of mixing alcohol and Xanax. Blackouts can be extremely dangerous because people can drive and put others at risk of death from accidents, lead to assault, unwanted sexual encounters, or criminal activity, meeting with strange people, or going to unfamiliar places without remembering any of it. Blacking out, vomiting, or experiencing extreme dizziness is usually one or two steps before slipping into a coma or worse.

Serious Sudden Reactions: Mixing alcohol and s903 green pill press can result in extremely dangerous unexpected reactions most of which have very serious consequences. It should be noted that the tolerance level of each individual is different as such every person reacts to drugs differently and multiple depressants are especially risky. Heart attack, stroke, psychosis, suicidal tendencies, and seizures have all occurred among people who mix depressants.  SEE R 027  Xanax Pill?