Difference Between White And Green Xanax 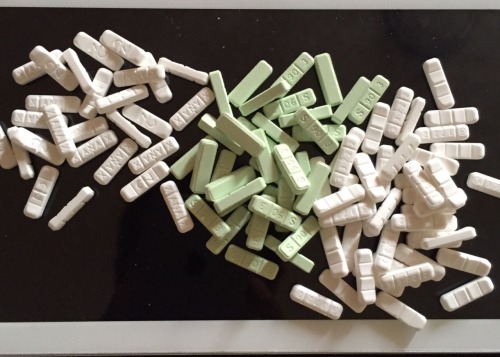 Green and white Xanax are among the most popular types of Xanax globally. Xanax is the commercial or brand name for Alprazolam, a benzodiazepine. Xanax is a prescription drug used to treat anxiety and is prescribed by doctors and psychiatrists to help alleviate panic attacks and other types of anxiety disorders as well as sleep disturbances and withdrawal from alcohol. Xanax comes in different shapes, sizes and strengths as we will see in the later part of this article.

There are several types of Xanax, the pill comes in different shapes and sizes containing varying milligrams of Alprazolam. There are few differences between white and green xanax bars mainly in terms of shape and strength.

Active ingredient and Mechanism of action

There is no difference between green and white Xanax in terms of mechanism of action because they contain the same active ingredient (Alprazolam). The exact mechanism of action of alprazolam is unknown. Benzodiazepines bind to gamma aminobutyric acid (GABA) receptors in the brain and enhance GABA-mediated synaptic inhibition; such actions may be responsible for the efficacy of alprazolam in anxiety disorder and panic disorder.

On the other hand, green Xanax mainly comes in the 2 mg green, rectangle pill with the imprint S 9 0 3. This particular Xanax is supplied by Dava Pharmaceuticals Inc. There is also another green three sided Xanax with imprint G 3, these is a 3-mg extended-release (XR) pill, supplied by Greenstone Limited. The lowest dose of white Xanax (alprazolam) is 0.25 mg, and it usually comes as an oblong white pill that is scored down the middle

While both white and green Xanax are associated with anxiety relief, the medication is only prescribed for clinically significant dysfunctional anxiety in individuals with anxiety disorders or other psychiatric disorders. It is not used for normal nervousness or anxiousness that people experience as a result of daily living.

Benzodiazepines have good medical uses as depicted above, but the United States Drug Enforcement Administration (DEA) also recognizes that they are potential substances of abuse that can produce physical dependence. Benzodiazepines are typically classified as controlled substances under the Schedule IV categorization. This means that any legal use of green and white Xanax can only occur when a person has a prescription from a physician for the drug.

The development of tolerance

Both white and green Xanax have the potential of causing the development of a withdrawal syndrome (physical dependence) Slowing down of the functioning of the central and peripheral nervous system while on the drug.

Xanax whether white or green is a very potent medication, meaning that its effects occur with small doses of the drug. It also has a relatively fast (intermediate) onset of action and a short half-life, meaning that it typically works quickly and the effects of the medication are not long-lasting as it does not remain in the system very long.

The Substance Abuse and Mental Health Services Administration (SAMHSA) releases yearly estimates of the use and misuse of numerous illicit drugs and prescription medications. The data is released for the previous year, such that the data released at the end of 2017 covers the use and misuse figures for 2016. Misuse of any drug does not necessarily imply abuse, but continued misuse of a drug could qualify for abuse. Misuse of a drug implies that the individual took the drug for reasons other than as prescribed or in amounts greater than or more often than its prescribed purposes. SAMHSA compiles estimates on the individuals who say they have misused a particular drug or medication at least once within the past month or year prior to their survey. According to the data from 2016, estimates for the number of individuals who reported any use of Xanax was 18.4 million. The number of individuals reporting at least one misuse of Xanax during the same year was 4.3 million (or about 24% of the individuals reporting any use of the drug).

Individuals abusing Xanax will most often be abusing some other drug as well. This can lead to significant complications and an increased potential for toxic or overdose effects. Polydrug abuse is a significantly complicated issue and very often much harder to treat than the substance abuse issues that occur in people who abuse one type of drug or medication.SEE: What Color is the Strongest Xanax Bar?