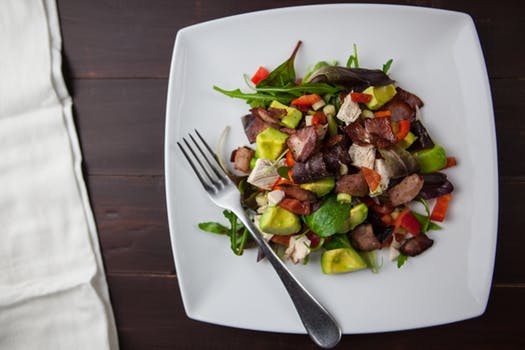 A ketogenic diet is a diet high in fat, and low in carbohydrates with adequate protein. It was originally used in medicine to treat “difficult-to-control” epilepsy in children. The diet compels the body to burn fats instead of carbohydrates which occurs under normal circumstances. The carbohydrates contained in your food are usually converted into glucose, which is then transported to the cells in your body to provide energy. However, if there is little carbohydrate in the food, the liver converts fat into fatty acids and ketone bodies to serve the same purpose. In general, a keto diet involves reducing carbohydrate intake and increasing fat intake, which should be however monitored in people with Type 1 diabetes due to the risk of Ketoacidosis which can lead to diabetic coma and death.

In addition, the keto diet is only recommended for physically healthy individuals and should not be consumed by persons with high blood pressure or pregnant and breastfeeding women.

Health Benefits of the Keto Diet

Significant weight loss in a short period of time – When your body enters ketosis, your blood sugar and insulin levels drop, giving the fat cells the ability to release the water they’ve been retaining. This is why initially, most people see a big drop in weight loss due to water loss.

HDL is known as the good cholesterol that carries cholesterol away from the body and to the liver where it can be reused or excreted. A Keto diet increases your HDL levels significantly, reducing your risk of heart disease.

Helps control High Blood Pressure – High blood pressure is a sign of future heart problems. The Keto diet does a wonderful job of helping to lower blood pressure. This effect of the keto diet can be traced to its HDL increasing capacity.

The problem with carbohydrates as an energy source is that they cause your blood sugar levels to rise and fall orographically. Because the energy source isn’t consistent, it’s harder for your brain to stay focused for long periods of time. When you are on a keto diet your brain uses ketones as a fuel source which is a more consistent fuel source. This makes you focus better for longer periods of time.

Side Effects of A Keto Diet

Risk of Liver Enlargement– Because the liver is tasked, the keto diet can lead to an enlarged liver. A keto diet will do more harm than good for the majority of patients, especially if they have any underlying liver or kidney issues.

According to Dr. Francine Blinten, a certified clinical nutritionist and public health consultant in Old Greenwich, Connecticut, Keto diets should only be used under clinical supervision and only for brief periods. Read: Types of Diets and Their Functions

Butter and cream: Look for unsalted butter as much as possible.

Is a keto diet safe?

Ketosis occurs when people eat a low- or no-carb diet and molecules called ketones to build up in their bloodstream. However, many experts say ketosis itself is not necessarily harmful. Some studies, in fact, suggest that a ketogenic diet is safe for significantly overweight or obese people.

How do I get started on keto?

To ensure your success, here are some tips for getting started on a keto diet or low-carb diet:

How Does the keto diet work?

According to Keto proponents, by slashing the carbs you consume and instead filling up on fats, you safely enter a state of ketosis. That’s when the body breaks down both dietary and stored body fat into substances called ketones. Your fat-burning system now relies mainly on fat – instead of sugar – for energy.

How long does it take for the keto diet to work?

It takes between one and ten days to get into ketosis if you stick to your ketogenic diet. The time depends on prior nutrition, the body’s metabolism and other factors such as supplements and fasting.

Ketone supplements are claimed to put your body into ketosis without having to follow a ketogenic diet. One study found that exogenous ketone supplements may decrease appetite for over four hours when taken in a fasted state, but other research suggests that they may hinder weight loss efforts.

Why am I not losing weight on the keto diet?

One of the main reasons people don’t lose weight on the ketogenic diet is that they’re consuming too many carbs. To reach the state of ketosis — a metabolic state in which your body burns fat for energy instead of glucose — carbohydrate intake must be drastically reduced.

Can I lose weight on keto?

Unlike with calorie restriction, keto helps you lose weight by putting your body into ketosis. When you eat minimal carbohydrates, your body produces ketones for energy. … Ketones are used for energy in lieu of carbs. As your body steadily burns fat as a fuel source, you will start to lose weight.

All natural peanut butter is indeed a low carb food. It is high in healthy fats, has a moderate amount of protein, and has a relatively high amount of fiber. A two-tablespoon serving sees it providing a mere 3.5 grams of net carbs! Not only is peanut butter low carb, but it is also suitable for a ketogenic diet.

Can I eat apples on keto?

Take a medium-sized apple for example, which alone has 20 to 25 grams of carbs—aka a full day’s carbohydrate allowance. “That being said, there are some fruits you can have that fall more easily within the allotted amount of carbs per day.

Is broccoli a keto?

Is popcorn allowed on a ketogenic diet?

Popcorn is a nutritious whole-grain snack loaded with fiber. It’s filling but low in calories and contains more nutrients and fewer net carbs than other popular snacks like chips and crackers. Overall, popcorn can be a healthy addition to a keto diet especially if you limit other high-carb foods.

While science says your metabolism probably doesn’t need resetting, some studies show that low-carb diets like the keto diet can help people lose weight more quickly. … “I have found that the ketogenic diet works very well in clinical practice.

Can keto be dangerous?

Yes, that’s because, for people with diabetes, ketosis can trigger a dangerous condition called ketoacidosis. This occurs when the body stores up too many ketones acids produced as a byproduct of burning fat and the blood becomes too acidic, which can damage the liver, kidneys, and brain. Left untreated, it can be fatal

Is keto bad for your kidneys?

With so much fat to metabolize, the diet could make any existing liver conditions worse. Kidney problems. The kidneys help metabolize protein, and the keto diet may overload them.

Can you eat as much as you want on keto?

A properly formulated ketogenic diet should have high fat, a moderate amount of protein, and low carbohydrate intake.  This is why many people will start off getting their macros on target, but after 2 or 3 weeks are absolutely starving, no matter how much fat they eat.

Can you drink alcohol on keto?

These beverages can be drunk straight or combined with low-carb mixers for more flavor. Wine and light varieties of beer are also relatively low in carbs usually 3–4 grams per serving. Summary Pure alcohol products like rum, vodka, gin, tequila, and whiskey all contain no carbs.

How long should you stay on keto diet?

You should aim to give it at least six weeks. After that, if you feel exhausted or hate eating the food, then the diet is probably not for you.

7+ Types of Diets and Their Functions
Keto Diet In Nigeria: All you need to Know
July 21, 2022 Food & NutritionDr OtorkpaLeave a comment