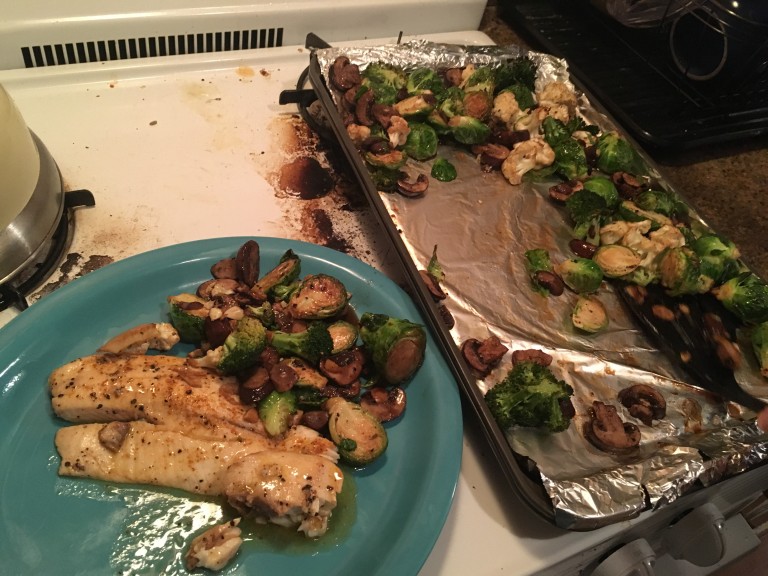 A ketogenic diet is a high-fat, adequate-protein, low-carbohydrate mainstream dietary therapy that in medicine is used mainly to treat hard-to-control (refractory) epilepsy in children. The diet forces the body to burn fats rather than carbohydrates.

Normally carbohydrates in food are converted into glucose, which is then transported around the body and is important in fueling brain function. However, if only a little carbohydrate remains in the diet, the liver converts fat into fatty acids and ketone bodies, the latter passing into the brain and replacing glucose as an energy source.

The classic therapeutic ketogenic diet was developed for the treatment of pediatric epilepsy in the 1920s and was widely used into the next decade, but its popularity waned with the introduction of effective anticonvulsant medications. This classic ketogenic diet contains a 4:1 ketogenic ratio or ratio by weight of fat to combined protein and carbohydrate. This is achieved by excluding high-carbohydrate foods such as starchy fruits and vegetables, bread, pasta, grains, and sugar while increasing the consumption of foods high in fat such as nuts, cream, and butter. Most dietary fat is made of molecules called long-chain triglycerides (LCTs).

Here are the basics of keto:

The diet aims to force your body into using a different type of fuel. Instead of relying on sugar (glucose) that comes from carbohydrates (such as grains, legumes, vegetables, and fruits), the keto diet relies on ketone bodies, a type of fuel that the liver produces from stored fat.

Burning fat seems like an ideal way to lose pounds. But getting the liver to make ketone bodies is tricky:

The diet was originally developed to help manage treatment-resistant epilepsy and is still used for that purpose today. Other potential keto diet advantages include:

It May Help With Weight Loss: At first, ketosis may cause flu-like symptoms (more on that later), per Harvard Health Publishing. But once your body adjusts, you may experience some of the benefits of ketosis, such as weight loss. A ketosis diet triggers your body to burn more fat, which can reduce excess fat stores, according to August 2013 research in the ​European Journal of Clinical Nutrition. It can also decrease your appetite while increasing satiety, which may prompt you to eat fewer calories and ultimately lead to weight loss, per the research.

It May Help Manage Type 2 Diabetes: While there’s no long-term research that conclusively shows it’s effective for medical conditions outside of seizure control, preliminary research on keto has found it may help manage other health problems like obesity and type 2 diabetes, according to a December 2019 paper in ​  The Journal of Nutrition.​

People with type 2 diabetes have insulin resistance, which is where your body’s cells can’t adequately use glucose for energy and leave it to build up in the blood. But restricting carbs, like on the keto diet, may improve or eliminate symptoms of insulin resistance, according to the ​European Journal of Clinical Nutrition​ research.

It May Support Brain Health: There may also be cognitive keto diet benefits. For instance, keto was found to improve working memory, visual attention and the ability to switch between tasks in older adults, according to one small, short-term August 2016 study of 19 people in ​  Psychopharmacology​.

There’s also some research to suggest that keto may help you manage neurological issues like Alzheimer’s disease, migraines and glioma, per a September 2018 review in ​Neurotherapeutics.​

However, more and longer-term research is needed to better establish these links.

According to Harvard Health ketogenic diet has numerous risks. Top of the list: it’s high in saturated fat. McManus recommends that you keep saturated fats to no more than 7% of your daily calories because of the link to heart disease. And indeed, the keto diet is associated with an increase in “bad” LDL cholesterol, which is also linked to heart disease.

Other potential keto risks include these:

Nutrient deficiency. If you’re not eating a wide variety of vegetables, fruits, and grains, you may be at risk for deficiencies in micronutrients, including selenium, magnesium, phosphorus, and vitamins B and C.

Liver problems. With so much fat to metabolize, the diet could make any existing liver conditions worse.

Kidney problems. The kidneys help metabolize protein, and keto diet may overload them. (The current recommended intake for protein averages 46 grams per day for women, and 56 grams for men).

Constipation. The keto diet is low in fibrous foods like grains and legumes.

Fuzzy thinking and mood swings. The brain needs sugar from healthy carbohydrates to function. Low-carb diets may cause confusion and irritability.

Those risks add up — so make sure that you talk to a doctor and a registered dietitian before ever attempting a ketogenic diet.

According to Mayo Clinic, there’s very little evidence to show that eating a ketogenic diet is effective — or safe — over the long term for anything other than epilepsy. Plus, very low carbohydrate diets tend to have higher rates of side effects, including constipation, headaches, bad breath, and more. Also, meeting the diet’s requirements means cutting out many healthy foods, making it difficult to meet your micronutrient needs.

Health Benefits and Side Effects of Guinea corn

7+ Types of Diets and Their Functions
Keto Diet
April 11, 2022 Food & NutritionPublic HealthComments Off on Keto Diet: Uses, Benefits, Risk, and Side Effects