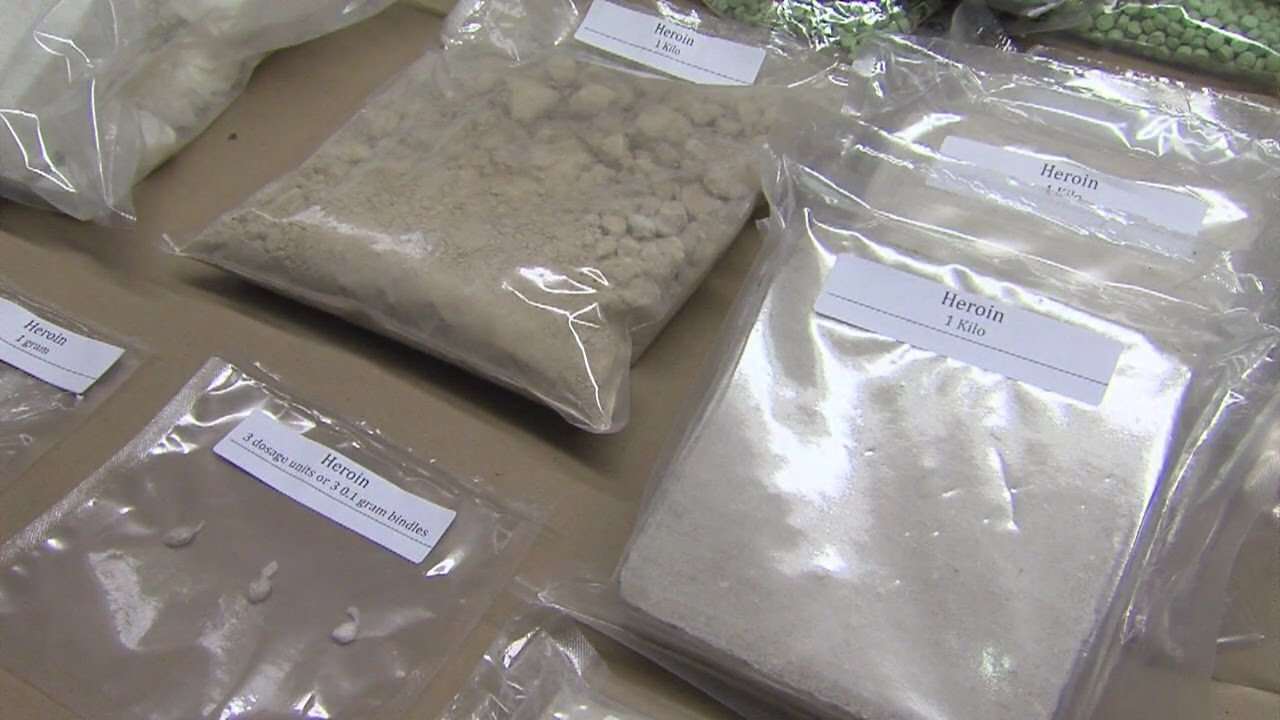 Every day, more than 130 people in the United States die after overdosing on opioids. The misuse of and addiction to opioids including prescription pain relievers, heroin, and synthetic opioids such as fentanyl is a serious national crisis that affects public health as well as social and economic welfare. Heroin is an illegal, highly addictive drug processed from morphine, a naturally occurring substance extracted from the seed pod of certain varieties of poppy plants. It is typically sold as a white or brownish powder that is “cut” with sugars, starch, powdered milk, or quinine. Pure heroin is a white powder with a bitter taste that predominantly originates in South America and, to a lesser extent, from Southeast Asia, and dominates U.S. markets east of the Mississippi River. Street names of heroin include Smack, gear, hammer, the dragon, H, dope, junk, harry, horse, black tar, white dynamite, homebake, china white, Chinese H, poison, and  Dr Harry.

Highly pure heroin can be snorted or smoked and may be more appealing to new users because it eliminates the stigma associated with injection drug use. “Black tar” heroin is sticky like roofing tar or hard like coal and is predominantly produced in Mexico and sold in U.S. areas west of the Mississippi River. The dark color associated with black tar heroin results from crude processing methods that leave behind impurities. Impure heroin is usually dissolved, diluted, and injected into veins, muscles, or under the skin. Available data indicates that:

SEE: What Does Black Tar Heroin Look Like (Pictured)

Heroin is a potent opiate with an intense effect on the brain reward system. Heroin rigs this reward system by influencing the production of feel-good chemicals in the brain, such as dopamine and endorphins. Out of everyone who tries heroin for the first time, nearly one in four become addicted. In normal circumstances, the brain releases these chemicals to reward behavior necessary for survival, like eating, and helping people cope with pain. The brain quickly links heroin to the activation of these chemicals in the brain reward system. Eventually the user becomes addicted and can’t function without the drug. This, along with the withdrawal symptoms of heroin, makes it hard for users to quit on their own. Once addicted, what may have once seemed like a cheap way to have fun, becomes a necessary habit to function in day-to-day activities.

Approximately four million Americans have tried heroin at least once in their lifetime. Symptoms of prolonged heroin use can include severe itchiness, depression and collapsed veins.

Heroin users have described the drug’s high as an intense feeling of well-being. When someone injects heroin, they often experience a “rush” from the drug reaching the brain so quickly.

The rush from intravenous heroin use lasts about two minutes. Intravenous users have likened the rush to an orgasm in terms of pleasure. As heroin travels through the bloodstream, the high lasts for four to five hours.

The general effects of using heroin include:

The effects of heroin can seem harmless to those who are experimenting with the drug. Although it may produce some dizziness and drowsiness, these effects feel enjoyable. Unlike substances such as alcohol or ecstasy, there generally isn’t a hangover or comedown from initial heroin use, which is an attractive benefit to new users.

What may seem like “harmless” or occasional heroin use often devolves into addiction because tolerance builds quickly. Eventually, the user cannot feel normal without taking the drug because their brain cannot produce natural amounts of dopamine on its own. As the user increases their doses, they are at a greater risk of fatal heroin overdose.

Signs of a heroin overdose include:

Fake Heroin are basically powders laced with Acetyl Fentanyl  , a deadly and powerful synthetic drug.  Fentanyl, a Schedule II narcotic used mostly in end-of-life care, has been a leading factor in overdose deaths since 2015.  It can be 50 times more potent than heroin while its analogues, such as Carfentanil, are usually even more potent. The drug is frequently mixed with heroin or disguised as pills, making it difficult to gauge dosage and more likely to cause overdoses.  The  procedure described below can help law enforcement agents and public health officials to pick out  fentanyl laced powders and pills .

SUMMARY OF FACTS ABOUT HEROIN

HEROIN AFFECTS YOUR BRAIN. Heroin, an illicit opioid, enters the brain quickly. It slows down the way you think, reaction time, and memory. Over the long term, heroin can change the brain in ways that lead to addiction. HEROIN AFFECTS YOUR BODY. Heroin slows down your heartbeat and breathing, sometimes so much that it can be life-threatening. Heroin poses special problems for those who inject it because of the risks of HIV, hepatitis B and C, and other diseases that can occur from sharing needles.

HEROIN IS HIGHLY ADDICTIVE. Heroin enters the brain rapidly and causes a fast, intense high. Repeated heroin use increases the risk of developing an addiction; someone addicted to heroin will continue to seek and use the drug despite negative consequences.

HEROIN IS NOT WHAT IT MAY SEEM. Other substances are sometimes added to heroin. They clog blood vessels leading to the liver, lungs, kidneys, and brain and lead to inflammation or infection.Powder sold as heroin may also contain other dangerous chemicals, such as fentanyl, that increase the risk of fatal overdose. HEROIN CAN KILL YOU. Heroin slows—and sometimes stops—breathing, which can result in death. In 2015, there were 2,343 overdose deaths related to heroin or other illicit opioids among people ages 15 to 24.7

HEROIN ADDICTION IS TREATABLE. Medication, in combination with behavioral treatment, can help people stop using heroin and recover from addiction.8 Building a support system that helps people stop using heroin and other opioids is also important. Medications such as buprenorphine, methadone, and naloxone greatly increase the chance of recovery and reduce the risk of overdose. Friends and family members should have naloxone nearby if possible in case of overdose.*