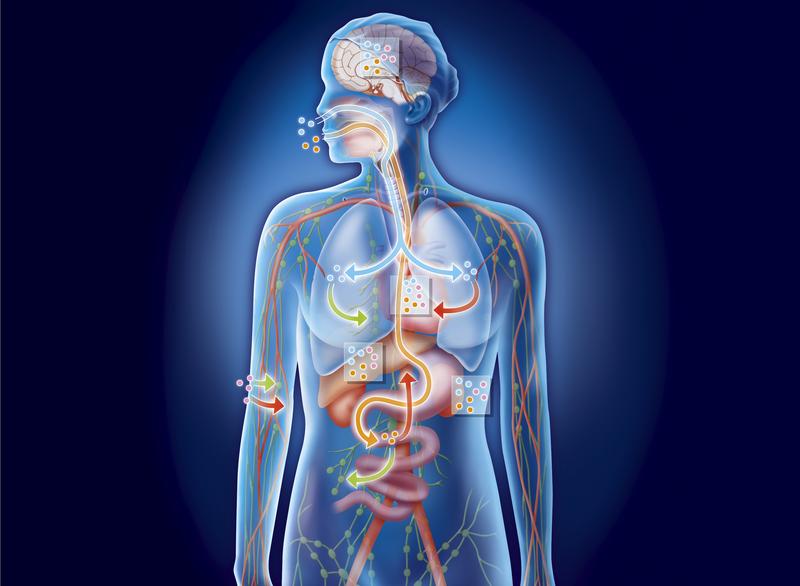 Carfentanil or carfentanyl (Wildnil) is a derivative of the popular synthetic opioid analgesic fentanyl and is one of the most potent opioids known (also the most potent opioid used commercially). Carfentanil was first synthesized in 1974 by a team of chemists at Janssen Pharmaceutica which included Paul Janssen. It has a quantitative potency approximately 10,000 times that of morphine and 100 times that of fentanyl, with activity in humans starting at about 1 microgram. It is marketed under the trade name Wildnil as a general anesthetic agent for large animals. Carfentanil also known by the street name elephant tranquilizer is intended for large-animal use (elephants, giraffes, camels, rhinos, etc)  because its extreme potency makes it inappropriate for use in humans because it can result in lethal carfentanil overdose symptoms. Currently, sufentanil, approximately 10–20 times less potent (500 to 1000 times the efficacy of morphine per weight) than carfentanil, is the maximum strength fentanyl analog for use in humans.

Route of administration and dosage

In Europe, carfentanil is currently typically administered by intravenous injection. This is because it is sold as or mixed with heroin or other opioids without users being aware. Carfentanil can also be administered orally as a powder, as tablets, or as a solution; it can also be administered sublingually or intranasally via carfentanil nasal spray or snorted (insufflated); inhaled by vaporizing e-liquid type solutions (‘vaping’); inhaled by smoking or vaporizing the ‘free base’, and administered transdermally. In view of its high potency, users may prepare diluted solutions for intranasal application using nasal sprays. However, there is limited information with respect to the dose and the dose regimens of carfentanil. It is not possible to currently ascertain the ‘typical’ dosages administered by users. In addition, doses appear to differ based on factors such as the route of administration, the tolerance of the users, the use of other drugs, and the desired effects.

Duration of drug action depends on several factors: the absolute amount of drug given; the pharmaceutical preparation; the reversibility of drug action; the half-life of the drug; the slope of the concentration-response curve; the activity of metabolites, and the influence of disease on drug elimination. Other factors that can affect how you metabolize drugs include

Size: A large person generally needs more of a drug than a smaller person needs for the same effect. These factors may affect how the body absorbs the drug, how the body breaks down (metabolizes) and eliminates the drug, or what effects the drug has on the body. The larger you are, the less a given dosage of a drug is likely to affect you.

Percentage body fat: The distribution of a drug between tissues is dependent on vascular permeability, regional blood flow, cardiac output and perfusion rate of the tissue, and the ability of the drug to bind tissue and plasma proteins and its lipid solubility. Drugs that dissolve in fat (fat-soluble drugs), rapidly enter the brain, but a water-soluble drug does not. In general, fat-soluble drugs can cross cell membranes more quickly than water-soluble drugs can. For some drugs, transport mechanisms aid movement into or out of the tissues. The more body fat you have, the less sensitive you may be to the effects of certain drugs.

Gender: Women and men have different profiles of liver enzymes, affecting how they metabolize some drugs. Physiologic differences between men and women affect drug activity, including pharmacokinetics and pharmacodynamics. Pharmacokinetics in women is affected by lower body weight, slower gastrointestinal motility, less intestinal enzymatic activity, and a slower glomerular filtration rate. Because of delayed gastric emptying, women may need to extend the interval between eating and taking medications that must be absorbed on an empty stomach.

Genetics: People of different ethnic groups may have genetic resistances or vulnerabilities to how they metabolize certain drugs, especially alcohol. Differences in genetic (inherited) makeup among these individuals affect what the body does to a drug and what the drug does to the body.

Diet: Many foods, such as grapefruit juice, and many dietary supplements can change levels of enzymes in the liver, affecting drug metabolism. Metabolic food-drug interactions occur when the consumption of a particular food modulates the activity of a drug-metabolizing enzyme system, resulting in an alteration of the pharmacokinetics of drugs metabolized by that system.

Tolerance: If you use a drug repeatedly, you may require more of it to achieve the desired effect. Tolerance leads to increasing doses of a drug being required to produce the same effect. Other possible mechanisms are a decrease in binding affinity between a drug and receptor and a decrease in the number of receptors.

Disease: Certain diseases that affect the liver, kidneys, heart, or brain can affect how your body metabolizes drugs. These disorders affect not only the metabolism and excretion of drugs but also their absorption (through first-pass effect) and distribution (through protein binding) 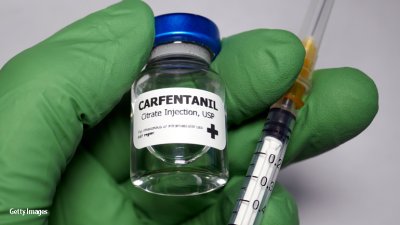 Fentanyl which is a hundred times less stronger than Carfentanil claimed the life of the musician Prince in April 2016, its derivative is one of the strongest opiates available today. How Long a drug stays in your body is largely dependent on the half-life of that drug. The half-life of a drug is the period of time required for the concentration or amount of drug in the body to be reduced by one-half. Carfentanil has a half-life of 7.7 hr. This implies that after 462 minutes (7.7 hours) following the administration of 40μg/kg, for example, only 20μg of the drug will remain in the body and after 15.4 hours only 10 μg of the drug will remain. Using this template (40μg ) only 3.3μg of Carfentanil will remain in the body after 24 hours. Because of the lethal nature of this drug, human toxicology studies are prohibited in most countries. However, intramuscular administration of carfentanil in domestic goats (dose: 40 μg/kg) led to rapid absorption, with time to maximum effect (Tmax) at 11 min. Plasma concentrations subsequently declined in a biphasic pattern. The effects of carfentanil were long-lasting, with a half-life (t1/2) of 5.5 hours. Carfentanil plasma concentrations (LOQ: 0.0085 ng/ml) could be detected in all goats for at least 12 hours. Available data from studies indicate that Carfentanil is widely distributed throughout the body and crosses the blood-brain barrier. In regions of the brain with higher binding potential, the drug disappears gradually with the majority still remaining after 90 minutes. Systemically available carfentanil is rapidly metabolized showing similarities to fentanyl metabolism. SEE: How Long Does Methadone Stay In Your Urine