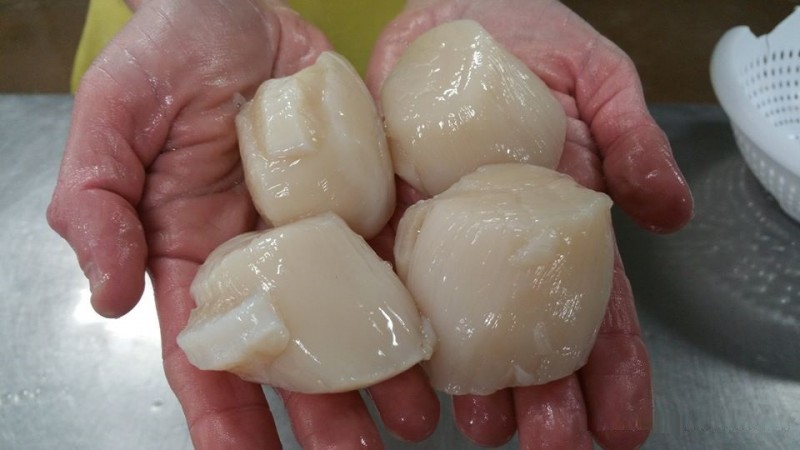 In recent times, there has been an explosion of plant-based “seafood” items spilling onto store shelves, all passing themselves off as seafood, none of them required to include the words “imitation” or “artificial” on their labels. The products are the very definition of fake seafood. They’re artificial seafood. They’re imitation seafood. They clearly wish they were seafood, but they aren’t and never will be.

Scallop is a common name that is primarily applied to any one of numerous species of saltwater clams or marine bivalve. The common name “scallop” is also sometimes applied to species in other closely related families within the superfamily Pectinoidea, which also includes the thorny oysters.

Many species of scallops are highly prized as a food source, and some are farmed as aquaculture. The brightly colored, symmetric, fan-shaped shells of scallops with their radiating and often fluted ornamentation are valued by shell collectors and have been used since ancient times as motifs in art, architecture, and design.

In the United States, several kinds of scallops are sold as food, but two are prevalent. Atlantic sea scallops, the larger kind, are harvested wild from the Canadian border to the mid-Atlantic and are found in shallow open waters. Smaller bay scallops are found in estuaries and bays from New Jersey to Florida.

There are large scallop populations in the Sea of Japan, off the Pacific coast from Peru to Chile, and near Ireland and New Zealand. The majority of farmed scallops are from China. 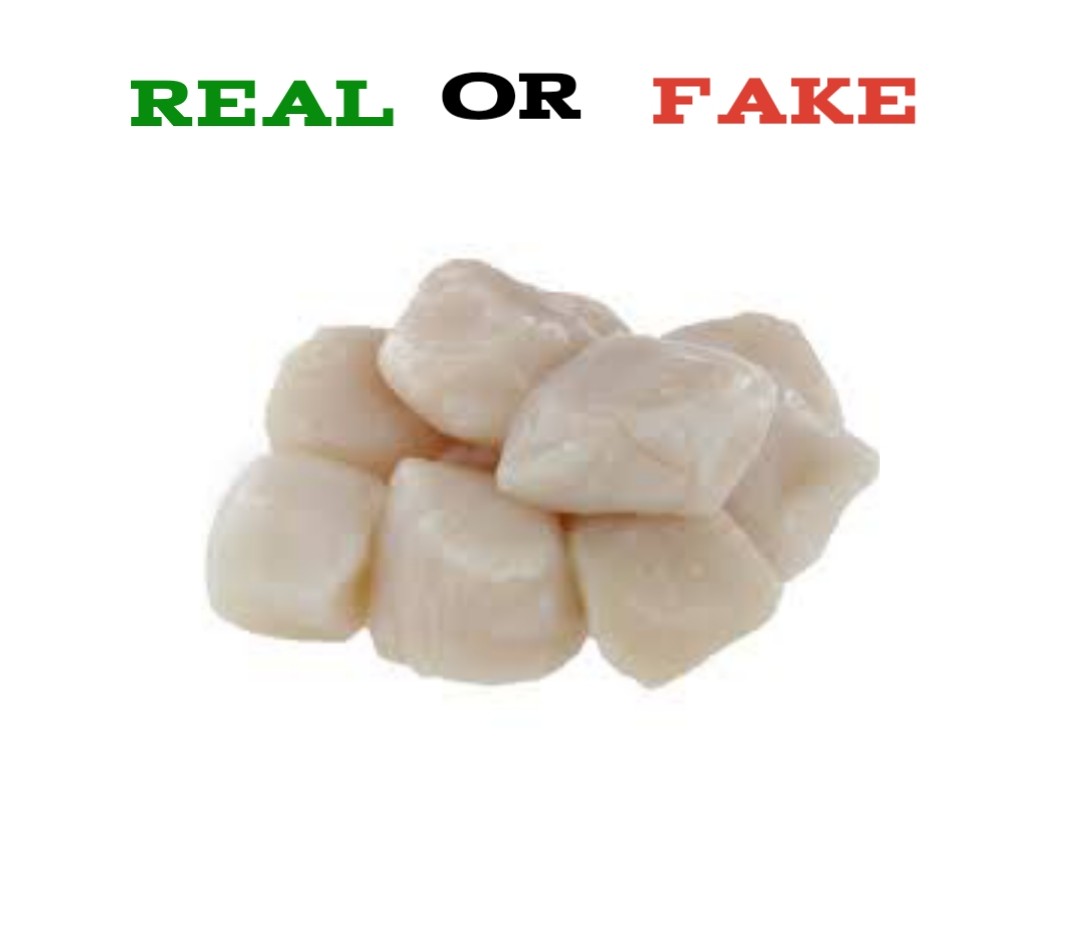 Scallops are currently listed as the 4th most counterfeited product in the world by Fox News. Fake scallops became a lucrative business because of the high demand and low supply of Atlantic scallops which is leading to higher prices for domestic landings in the US. As a result, many famous restaurants are using dirty tricks to provide their customers with fake scallops instead of the real thing.

Food experts encourage consumers to always remember that scallops are in fact animals when making purchases and no two scallops will be shaped the same. They should all differ in size and have distinct grain patterns. Fake scallops will all look identical, usually as perfect cylinders, and be more solid and dense because they are cut out of a mold. Imitation scallops can be found in stores but most are not properly labeled as such.

According to Dr. David Friedman author of the award-winning, #1 national best-selling book Food Sanity, How to Eat in a World of Fads and Fiction here is how to spot fake Scallops;

Size. Scallops from nature will vary in size and never have a perfect cylinder shape to them. Fake scallops have an identical circumference because they are made using a cookie-cutter device. Also, if you see one edge thicker than the other, it’s either stingray or skate wings that taper greatly from one side to the other.

Texture. Look at the texture. Genuine scallops have distinct grains or fibers running lengthwise, as the edible part of scallop meat serves as a muscle that holds the two scallop shells together. A fake scallop will have fewer fibers and appear more solid and dense.

Thickness. And finally, look at the thickness and see if it’s the same on all sides. If it’s made from a stingray or skate, it will be thicker on one side because their wings taper greatly from one side to the other. SEE: How To Identify Fake Titus (Mackerel) Fish

How to Identify Fake Plastic Rice In Nigerian Markets