Coca-Cola, or Coke, is a carbonated soft drink manufactured by The Coca-Cola Company. Originally marketed as a temperance drink and intended as a patent medicine, it was invented in the late 19th century by John Stith Pemberton and was bought out by businessman Asa Griggs Candler, whose marketing tactics led Coca-Cola to its dominance of the world soft-drink market throughout the 20th century. The drink’s name refers to two of its original ingredients: coca leaves, and kola nuts (a source of caffeine). The current formula of Coca-Cola remains a trade secret; however, a variety of reported recipes and experimental recreations have been published.

The Coca-Cola Company produces concentrate, which is then sold to licensed Coca-Cola bottlers throughout the world. The bottlers, who hold exclusive territory contracts with the company, produce the finished product in cans and bottles from the concentrate, in combination with filtered water and sweeteners. A typical 12-US-fluid-ounce (350 ml) can contain 38 grams (1.3 oz) of sugar (usually in the form of high-fructose corn syrup). The bottlers then sell, distribute and merchandise Coca-Cola to retail stores, restaurants, and vending machines throughout the world. The Coca-Cola Company also sells concentrate for soda fountains of major restaurants and foodservice distributors.

The Coca-Cola Company has on occasion introduced other cola drinks under the Coke name. The most common of these is Diet Coke, along with others including Caffeine-Free Coca-Cola, Diet Coke Caffeine-Free, Coca-Cola Zero Sugar, Coca-Cola Cherry, Coca-Cola Vanilla, and special versions with lemon, lime, and coffee.

However, it has come to the knowledge of the food and safety community that counterfeiters are producing fake Coca cola products. The Coca-Cola Company has also called on customers to be vigilant and report any counterfeit Coca-Cola products even as the government continues to rid the market of the expired and possibly fake products.

According to the soft drinks giant, all the ingredients and methods used in the manufacturing process of their beverages comply with the health and safety regulations. Investigation revealed that these fake Coca cola products are made from chemicals that are extremely dangerous to health. They contain unfiltered water, industrial dyes to give color and other very harmful chemicals for human health. 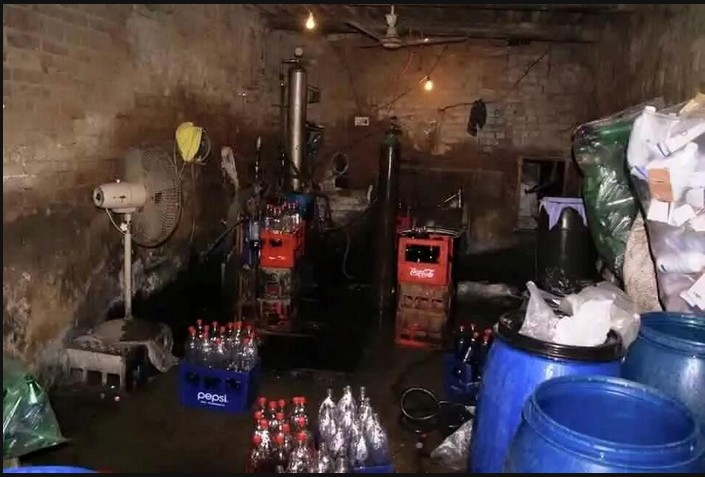 How to identify Fake Coca Cola

It is the most easy and effective method of checking the fake Coca-Cola drinks. Whenever you enter a shop selling these drinks, crates are stacked on one another, outside the shop. Check the water level of the bottles keenly.

Real Coca-Cola drink manufacturers have automated filling plants, so there are less chances of variation and the possible variation in fillings is also mentioned i.e. + 5ml or -5ml deviation may occur in 250ml soft drink bottles, but this deviation is significantly high in fake soft drinks.

The second method of checking is by shaking the bottles. Take the Coca-Cola bottle and shake it well. Now observe the bottle in the presence of visible light, if particles appear in the bottle, the cola drink is fake, because in the manufacturing of fake bottles of Coca-Cola, used bottles are re-used instead of new bottles, which are collected from the trash, and are not washed properly. Moreover, tap water is being used instead of filtered water, which left its traces in the final product.

Check the label and bottle condition

Check the bottle and label and if you notice any damage in the bottle or scratches on the label, the soft drinks are fake because fake Coca-Cola manufacturer want to reduce the manufacturing cost, in order to increase the profit margin.

So, they fill used bottles that are thrown by customers after consumption. Only the caps of these bottles will be new, because caps cannot be used again and again due to sealing. However, crowns that are used to seal glass bottles may be used repeatedly.

Check the crown of glass bottles

Why You should Not Mix Coke and Mentos, Vitamin C or Guinness
Fake Coca Cola
January 19, 2021 Food & NutritionPublic HealthComments Off on How To Identify Fake Coca Cola Products