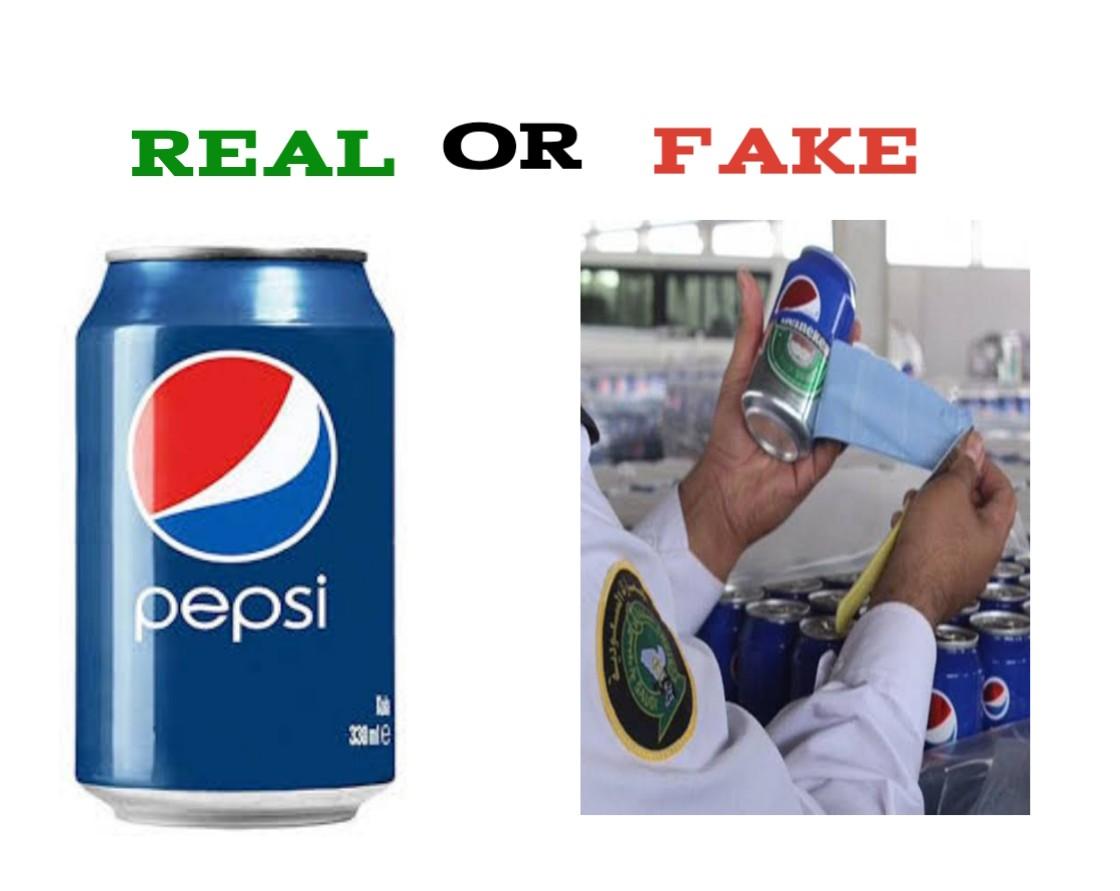 Pepsi is a carbonated soft drink manufactured by PepsiCo. Originally created and developed in 1893 by Caleb Bradham and introduced as Brad’s Drink, it was renamed as Pepsi-Cola in 1898, and then shortened to Pepsi in 1961. The company is ranked as one of the largest companies worldwide in terms of market value, and one of the leading soft drink brands worldwide, with a brand value of over 11 billion U.S. dollars in 2020. Pepsi was also one of the beverages advertised the most on TV in the United States.

As one of the world’s leading food and beverage companies, PepsiCo plays an important role in providing high quality beverages. Unfortunately, there has been a proliferation of fake or counterfeit Pepsi cans and bottles in many locations across the globe. In India for instance, a raid the Criminal Investigation Department (CID) sleuths led to the seizure of 28,320 bottles having Pepsi logo and filled with spurious and substandard cold drinks, and another 13,608 empty bottles along with a machine used to fill the drink. Other arrests have been related to attempts to smuggle over 48,000 cans of beer into Saudi Arabia by disguising them as Pepsi.

In Nigeria, there have been reports of fake Pepsi being sold to unsuspecting customers, it is not uncommon to see people declining the Pepsi Cola with white caps while accepting the bottles with the blue cap. “Fake and dangerous food and drink threaten the health and safety of people around the world who are often unsuspectingly buying these potentially very dangerous goods.” These are the words of Michael Ellis, head of INTERPOL’s Trafficking in Illicit Goods Unit, commenting on Operation Opsen V, which saw the seizure of more than 10,000 tons and 1 million litres of hazardous fake food and drink. This brings home the stark reality of the burgeoning trade in counterfeit and fraudulent food and drink.

How To Spot Fake Pepsi Cola Vs Real

It is the most easy and effective method of checking the fake Pepsi-Cola drinks. Whenever you enter a shop selling these drinks, crates are stacked on one another, outside the shop. Check the water level of the bottles keenly.

Real Pepsi-Cola drink manufacturers have automated filling plants, so there are less chances of variation and the possible variation in fillings is also mentioned i.e. + 5ml or -5ml deviation may occur in 250ml soft drink bottles, but this deviation is significantly high in fake soft drinks.

The second method of checking is by shaking the bottles. Take the Pepsi-Cola bottle and shake it well. Now observe the bottle in the presence of visible light, if particles appear in the bottle, the Pepsi Cola is fake, because in the manufacturing used bottles are re-used instead of new bottles, which are collected from the trash, and are not washed properly. Moreover, tap water is being used instead of filtered water, which left its traces in the final product. SEE: List of Healthy Drinks In Nigeria

Check the can or bottle label if you notice any damage in the bottle or scratches on the label, the soft drinks are fake because fake Pepsi-Cola manufacturer want to reduce the manufacturing cost, in order to increase the profit margin.

So, they fill used bottles that are thrown by customers after consumption. Only the caps of these bottles will be new, because caps cannot be used again and again due to sealing. However, crowns that are used to seal glass bottles may be used repeatedly. ALSO SEE: How To Spot Fake Coca-Cola Vs Real

Check the crown of glass bottles

How to Spot Fake Jack Daniels vs Real
Fake Pepsi
May 23, 2021 Food & NutritionPublic HealthComments Off on How To Spot Fake Pepsi Vs Real