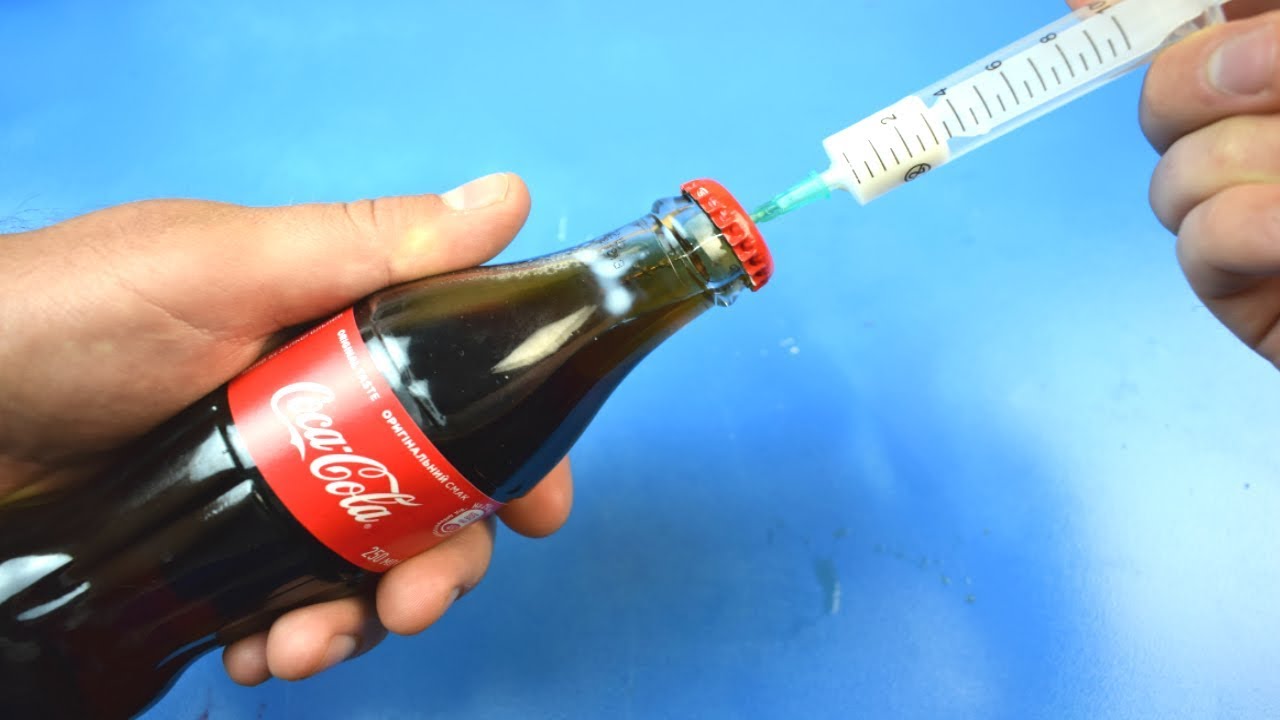 The drink Coca-Cola was originated in 1886 by an Atlanta pharmacist, John S. Pemberton (1831–88), at his Pemberton Chemical Company. His bookkeeper, Frank Robinson, chose the name for the drink and penned it in the flowing script that became the Coca-Cola trademark. Pemberton originally touted his drink as a tonic for most common ailments, basing it on cocaine from the coca leaf and caffeine-rich extracts of the kola nut; the cocaine was removed from Coca-Cola’s formula in about 1903.

Coca-Cola can have profound effect on your body. Within 40 minutes, the body has absorbed all of the caffeine from the Coca-Cola. This caffeine causes the pupils to dilate and the blood pressure to increase. By this point, the Coca-Cola has blocked the adenosine receptors in the brain, preventing drowsiness. Just 5 minutes later, the production of dopamine has increased. Dopamine is a neurotransmitter that helps control the pleasure and reward centers of the brain.

According to the infographic, the way that Coca-Cola stimulates these centers is comparable to the effects of heroin. It triggers a person’s urge to drink another can. An hour after drinking the beverage, a sugar crash will begin, causing irritability and drowsiness. The body will have cleared the water from the cola, along with vital nutrients, in the urine.

Can you inject Coca-Cola into your blood stream?

No, you should never inject the Coca cola or any drink into your blood stream, the effects can be catastrophic. If Coca-Cola mixes with your blood, the blood proteins will act as nucleation centers for the CO2, which will immediately form a foam of micro-bubbles. This will trigger the coagulation system, causing the foam to stabilize and persist (like uncooked meringue). Carried off in the venous system, it will form a foamy, proteinaceous pulmonary embolism. A small PE will cause chest pain and breathlessness: a large one can be fatal.

Meanwhile the foreign proteins in the cola may trigger a severe allergic reaction, which would technically be an anaphylactoid reaction.

Dilution by the blood would take care of the pH and salt issues. But cola contains a non-trivial amount of phosphate, which could again cause problems.

The injection of even a small amount of Coca cola could easily be fatal and should be avoided at all cost. A woman known only as Zeng, from the Hunan province in the south of China, blended a smoothie of 20 different kinds of fruit and chucked the mixture into an intravenous drip.

According to South China Morning Post, the 51-year-old was into ‘unconventional health treatments’, and this seems to be one of the more unusual ones she decided to follow.

While she didn’t immediately suffer any adverse reactions, it didn’t take long for her arm to get itchy and she also developed a fever. Zeng tried to keep it a secret but her husband could see that she was in distress and eventually convinced her to go to hospital.

Once she was admitted, doctors were shocked at her condition.

Doctor Liu Jianxiu told the Xiaoxiang Morning Herald that she had developed an infection in her liver, kidney and heart and was at risk of multiple organ failure.

Thankfully the team at the hospital nursed the 51-year-old back to health after putting her on dialysis, and giving her antibiotics and anti-clotting medicine.