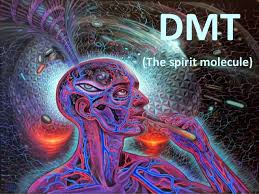 DMT is the short form of N, N-Dimethyltryptamine, a white crystalline naturally occurring powder found in plants such as Psychotria viridis and Banisteriopsis caapi. It is a hallucinogenic tryptamine popularly known as ” the spirit molecule” as a result of the intense psychedelic experience its administration elicits. The consumption of DMT has several health consequences for consumers especially individuals with pre-existing mental or psychological problems such as schizophrenia. DMT also significantly affects the serotonin system in the brain among many other DMT drug effects.

Is DMT bad for you?

Any drug capable of undermining your health and wellbeing is bad for you. DMT like many other drugs not only affect the way your organs work, DMT trip and DMT experience significantly affects your mental health state by its effect on the serotonin system in the brain.

Psychedelics are not generally addictive but this does not mean that there are no cases of psychedelic drug addiction. According to the National Institute on Drug Abuse, when people do become addicted, they generally don’t suffer from any major physical side effects as majority of the addictive effects of psychedelic drugs are psychological in scope. Psychedelic drug addiction may occur as a result of a user’s decision to take use drugs over and over and over again. Usually, the only significant sign of addiction is the cravings for the drug that come when the user is no longer high but depression and anxiety are also common in those who are addicted to psychedelic drugs. Like other psychedelics, addiction to DMT is possible as anything that triggers your reward center can potentially lead to addiction. See : Pineal Gland DMT

There is currently no data on whether DMT shows up in blood tests, although it metabolizes out of the body so quickly that this test is unlikely to be more effective than a urine test. DMT is also naturally present in our brain as a neurotransmitter produced by the pineal gland.

-Urine tests can show the presence of DMT for 24 hours

Can you die from DMT?
It is difficult to overdose on DMT. Injecting the drug, however, holds the potential for administering too large a dose of the drug. The typical dose is 60mg, delivered by intramuscular injection. An individual would have to take 91 times the typical dose to be at an increased risk for overdose.
Is DMT legal?
DMT is a Class A Drug and is therefore illegal to distribute or possess. As a DMTcontaining plant, ayahuasca is therefore illegal in the UK. … In June 2019, the city of Oakland in California decriminalized all “entheogenic” plants, including all natural materials used to produce ayahuasca. Taking DMT or ayahuasca has been illegal in the United States since the 1970s. While few hallucinogens are considered addictive, DMT can be very potent, and it can cause damage to mental and physical health. Common side effects from takingDMT once, or in small amounts, include: Rapid heart rate
Does DMT smell?
Impure DMT that has become like a wax, which often happens because of DMT’s low melting point: A variety of scraped DMT freebase, from pure white to impure (plant fats included) yellow/brown: It smells like new shoes, slightly sweeter. Other comparisons would be new car smell, rubber.
Do humans produce DMT?
Several speculative and yet untested hypotheses suggest that endogenous DMT is produced in the human brain and is involved in certain psychological and neurological states. DMT is naturally occurring in small amounts in rat brain, human cerebrospinal fluid, and other tissues of humans and other mammals.
Is DMT a near death experience?
DMT Models the Near-Death Experience. Near-death experiences (NDEs) are complex subjective experiences, which have been previously associated with the psychedelic experience and more specifically with the experience induced by the potent serotonergic, N,N-Dimethyltryptamine (DMT).See:How Long Does Methadone Stay In Your Urine
Is DMT in every living thing?
Potentially every living organism in the world has DMT in it. Potentially. Every organism has tryptophan, which is where it comes from.
How long does a DMT trip last?
The majority of people who take DMT report that hallucinations begin almost instantly, unlike with other hallucinogenic drugs. The high peaks between three and five minutes, and lasts for 30-45 minutes, which depends more on the size of the dose than on how the drug was ingested

How Long Does Carfentanil Stay In Your Body?
how long does dmt stay in your system
July 27, 2018 Family & Community HealthDr OtorkpaLeave a comment