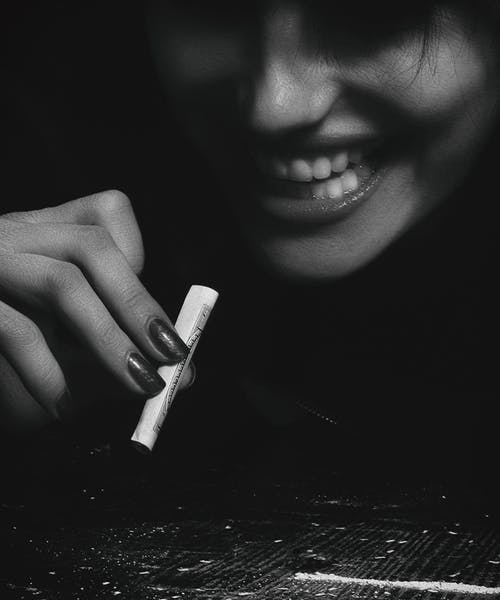 Cocaine, also known as coke, is a strong stimulant mostly used as a recreational drug. It is extracted from coca leaves and was originally developed as a painkiller. The drug is commonly snorted, inhaled as smoke, or dissolved and injected into a vein. Mental effects may include loss of contact with reality, an intense feeling of happiness, or agitation.  There are basically two chemical forms of cocaine: the hydrochloride salt and the “freebase.” The hydrochloride salt, or powdered form of cocaine, dissolves in water and, when abused, can be taken intravenously (by vein) or intranasally (in the nose). Freebase refers to a compound that has not been neutralized by an acid to make the hydrochloride salt. The freebase form of cocaine is smokable.

Cocaine is one of the most dangerous drugs known to man. Once a person begins taking the drug, it has proven almost impossible to become free of its grip physically and mentally. Physically it stimulates key receptors (nerve endings that sense changes in the body) within the brain and functions to increase the availability of the neurotransmitter dopamine in the brain. Dopamine is associated with the generation of ‘euphoric’ emotions that, in turn, create a euphoria to which users quickly develop a tolerance. Only higher dosages and more frequent use can bring about the same effect. Frequent cocaine use affects the sinuses, and may cause a user to exhibit allergy-like symptoms. If they are snorting cocaine, users will have a runny nose and bloodshot eyes. They may even begin to carry eye drops. It is also common for users to have consistent nosebleeds and dilated pupils.

Typical signs and symptoms of current cocaine use include:

Whether used for short durations or extended stretches of time, any use is associated with side effects. Usage can lead to a serious heart attack, even in those that are young and otherwise healthy. Taking large amounts is associated with erratic and possibly violent behavior. Other side effects of  use include:

A drug test looks for the presence of one or more illegal or prescription drugs in your urine, blood, saliva, hair, or sweat.Despite the different testing methods available for cocaine testing, urine toxicology screening remains the most commonly used method of testing. Anyone who is concerned about testing positive for cocaine should review the dangers of cocaine use and consider stopping use. If they find they are unable to stop using, they may have a cocaine use disorder. Those who struggle with cocaine addiction should seek substance use treatment as soon as possible.  If there is a high likelihood that you’ve been exposed to cocaine, you’ll want to test yourself to ensure that none of it remains in your system. Home cocaine drug test kits allows you to test yourself for even minute traces of cocaine in your .

Cocaine is a fast acting stimulant with some of its effects felt immediately ,the length of detection of cocaine in blood, urine, and saliva also varies. The effects are felt as follows:

Snorting: Effects felt within 3-5 minutes and persist for up to 20 minutes

Smoking: Effects felt within 5-10 seconds and persist for up to 20 minutes

Intravenous use: Effects felt within 5-10 seconds and persist for up to 20 minutes

Oral ingestion: Effects felt within 10-30 minutes and persist for up to 90 minutes

How Long Does Cocaine Stay in Your System

Cocaine  has a half-life of about six hours, meaning that half of the drug’s dose is typically eliminated from the body within six hours. Half of whatever’s left will be gone in another six hours, and so on. The body breaks cocaine down into other substances, called metabolites, that are detectable for a longer period of times. Benzoylecgonine, cocaine’s major metabolite, has a half-life of 12 hours, so it can be detected in urine for up to four days after someone last used cocaine or crack. Benzoylecgonine is the substance that most laboratories look for in drug tests. Estimates show that when someone takes cocaine, about 40% hydrolyzes to form benzoylecgonine. Then another 40% is metabolized by the liver, and then ecgonine methyl ester is produced. In general, cocaine can stay in your system for anywhere from 3.3 to 5.5 hours after you take it for the last time.

Does CBD Come Up On A Drug Test?
Cocaine Drug TestHow Long Does Cocaine Stay in Your System
May 15, 2019 Health FeaturesDr OtorkpaLeave a comment