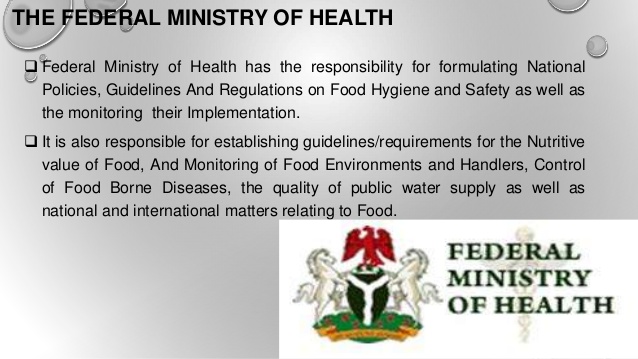 Food poisoning is a disease that usually results in vomiting and diarrhea after a person eats or drinks fluids that are naturally toxic, food contaminated with certain bacteria (especially of the genus Salmonella), viruses, parasites, chemicals (toxins), or insecticides. The most common symptoms and signs of food poisoning are vomiting and diarrhea. However, severe signs and symptoms of food poisoning may include dehydration, blood in vomit or stools, diarrhea lasting over three days, and neurologic symptoms such as general weakness, blurry vision, and an abnormal sensation of the body such as burning, tingling, or numbness.

Prevalence of Food Poisoning in Nigeria

According to Alfred Ihenkuronye a professor of Food Science and Technology, more than 200,000 persons die of food poison in Nigeria annually. It is quite common to wake up to the news of families being wiped out overnight after a meal. In recent years, amala (yam flour meal) and cassava-based dishes have claimed several lives than all other food combined.

In 2017, the Nigerian Ministry of Health revealed that food poisoning is responsible for up to 5,160 deaths yearly and has been linked to chronic diseases such as systemic failure and cancer. According to a study published in the Journal of Public Health and Epidemiology, The knowledge of food handlers about food-borne infections and their safety practices is an important issue in the outbreaks of food-borne infection. It has been revealed that in Nigeria, 27.7% of food handlers do not wash their hands before preparing food, and 28.1% use only water to wash hands after using the toilet. It was also revealed that 90% of food handlers have heard about typhoid fever but only 15.6% of them know how it is contracted. Another major reason for the rising cases of food poisoning in Nigeria is the toxic nature of improperly processed cassava flours which is the staple food in most homes in the country. Many producers adopt short-cut processing techniques resulting in cassava flour or flakes with high cyanide content which turn out to endanger many lives. See: List Of Banned Drugs, Food, and Cosmetics In Nigeria

Causes of Food Poisoning in Nigeria

– Insufficient washing of products such as spinach, lettuce, tomatoes, etc before eating.

– Irrigation of farms and gardens with human wastewater

– The use of pesticides and other agrochemicals beyond permissible limits

What Is the Treatment for Food Poisoning?

The treatment of food poisoning in Nigeria is primarily done with fluids to avoid dehydration, especially in children and the elderly. Some patients may benefit from medication to reduce nausea and vomiting. However, the use of medications like loperamide (Imodium) to treat diarrhea is often not advised as it may prolong symptoms or cause additional problems. Discuss with your doctor before using the medication. In addition, Antibiotics are not used to treat viral and most bacterial causes of food poisoning but may be used in certain circumstances. Severe bacterial infections and pregnant women with listeriosis are often treated with antibiotics; some other pathogens such as certain parasites may be treated with anti-parasitic drugs. SEE: HIV Treatment in Nigeria

Activated charcoal is one of the home remedies used for emergency treatment of certain kinds of poisoning Including food poisoning in Nigeria. It helps prevent the poison from being absorbed from the stomach into your body. Sometimes, several doses of activated charcoal are needed to treat a severe case of food poisoning. Nigerians also use palm oil as first aid for poisoning, however, pediatricians caution against this practice for two reasons; inducing vomiting only works if the poisoning has occurred less than one hour before.  “Secondly, there are certain poisons whose effects actually become worse by inducing vomiting, so vomiting should never be induced in such instances. Other remedies for food poisoning in Nigeria are:

– Corn pap (Ogi-tutu in Yoruba and Akamu in Ibo)

What Is The Difference Between Food Allergy & Food Intolerance & How To Detect Them Both?
food poisoning in nigeria.
July 2, 2018 Food & NutritionDr Otorkpa1 Comment