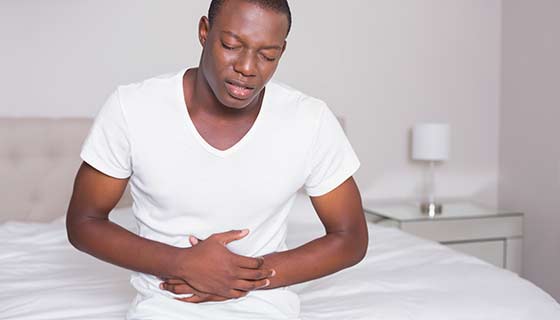 Food poisoning is an illness caused by eating contaminated food. It’s not usually serious and most people get better within a few days without treatment. In most cases of food poisoning, the food is contaminated by microorganisms. Foodborne diseases annually cause as many as 600 million illnesses and 420,000 deaths worldwide. That means approximately one in 10 people each year fall sick from something they eat or drink. A report from the World Health Organization  the first to estimate the worldwide burden of foodborne illnesses. The numbers we had before weren’t comprehensive or global. One of the most disturbing findings from the report is that children are disproportionately affected.

Despite being among the countries with the safest food in the world, the US government estimates that there are about 48 million cases of foodborne illness annually, that’s the equivalent of sickening 1 in 6 Americans each year. And each year these illnesses result in an estimated 128,000 hospitalizations and 3,000 deaths. The UK has more than 500,000 reported cases of people experiencing food poisoning a year, according to the Food Standards Agency (FSA).

According to a new study more than 200,000 persons die every year in Nigeria of food poison caused by food contamination during processing, preservation and service. The picture is not different in other parts of Africa as food poisoning is a recurring decimal in Kenya, Ghana, South Africa and Cameroon. The WHO African Region was estimated to have the highest burden of foodborne diseases per population. More than 91 million people fall ill and 137,000 die each year. Non-typhoidal Salmonella, ​which can be caused by contaminated eggs and poultry, causes the most deaths, killing 32,000 a year.

Parasites: Parasites are organisms that derive nourishment and protection from other living organisms known as hosts. In the United States, the most common foodborne parasites are protozoa, roundworms, and tapeworms.

Molds, Toxins, and Contaminants: Most food poisoning is caused by bacteria, viruses, and parasites rather than toxic substances in the food. But some cases of food poisoning can be linked to either natural toxins or added chemical toxins.

Allergens: Food allergy is an abnormal response to a food triggered by your body’s immune system. Some foods, such as nuts, milk, eggs, fish, crustacean shellfish, tree nuts, peanuts, wheat or soybeans, can cause allergic reactions in people with food allergies.

What Foods Cause Food Poisoning?

Foods most commonly associated with food poisoning include:

Symptoms may range from mild to severe and differ depending on the germ you swallowed. The most common symptoms of food poisoning include:

Certain groups of people are more susceptible to foodborne illness. This means that they are more likely to get sick from contaminated food and, if they do get sick, the effects are much more serious. These groups include:

How Long Does Food Poisoning Last?

Food posoning take about six hours to hit you. In the majority of individuals with mild to moderate symptoms of food poisoning (viral and bacterial), symptoms resolve in about 24 to 48 hours and no specific medical treatment is needed. However, if there are any signs of dehydration (decreased or no urination, dry mouth, increased thirst, dizziness, and weakness), blood in the stools, fever, vomiting or diarrhea longer than 72 hours, medical care should be sought. If there is any reason to suspect that a rarer cause of food poisoning is causing symptoms, see a doctor.

How Is Food Poisoning Diagnosed?

The diagnosis usually begins with the patient’s recent history of eating foods or exposure to contaminated water, travel history, and questions about friends or relatives with similar symptoms. The physical exam will focus on signs of dehydration and abdominal tenderness, while blood tests, if necessary, may be used to help rule out other problems. Stool samples may be useful to detect blood in the stool, culture for pathogens, microscopically examine for parasites and to detect certain toxins. In addition, there are immunological tests for some toxins (for example, Shiga toxin). Depending on the suspected cause, in rare cases, biopsy samples may be taken. Definitive diagnosis depends on identification of the pathogen or toxic material found in the individual.

Although tests are available, in mild to moderate cases of viral and most bacterial food poisoning, tests are not usually done because of the expense and the likelihood that symptoms will resolve before the tests are completed.

How to Prevent Food Poisoning

Most people assume that food poisoning comes from restaurants, cafes and fast food outlets, but according to  public health experts you’re just as likely to get ill from food prepared at home. Follow these tips to reduce the risk of food poisoning at home.

Wash your hands thoroughly with soap and hot water, and dry them before handling food, after handling raw foods – including meat, fish, eggs and vegetables – and after touching the bin, going to the toilet, blowing your nose, or touching animals, including pets.

Wash worktops before and after preparing food, particularly after they’ve been touched by raw meat, including poultry, raw eggs, fish and vegetables. You don’t need to use antibacterial sprays: hot, soapy water is fine.

Wash dishcloths and tea towels regularly and let them dry before you use them again. Dirty, damp cloths are the perfect place for germs to breed.

Use separate chopping boards for raw food and ready-to-eat food. Raw foods can contain harmful bacteria that spreads very easily to anything they touch, including other foods, worktops, chopping boards and knives.

It’s especially important to keep raw meat away from ready-to-eat foods, such as salad, fruit and bread. This is because these foods won’t be cooked before you eat them, so any bacteria that gets on to the foods won’t be killed.

Always cover raw meat and store it on the bottom shelf of the fridge, where it can’t touch other foods or drip onto them.

Cook food thoroughly and check that it’s steaming hot all the way through. Make sure poultry, pork, burgers, sausages and kebabs are cooked until steaming hot, with no pink meat inside. Don’t wash raw meat including chicken and turkey before cooking, as this risks spreading bacteria around your kitchen.

Keep your fridge below 5C

If you have cooked food that you’re not going to eat straight away, cool it as quickly as possible (within 90 minutes) and store it in the fridge or freezer. Use any leftovers from the fridge within two days.

Respect ‘use by’ dates

Don’t eat food that’s past its ‘use by’ date even if it looks and smells okay. ‘Use by’ dates are based on scientific tests that show how quickly harmful bugs can develop in the packaged food. SEE: Food Poisoning In Nigeria

Importance of Food Safety and Hygiene