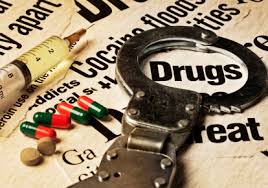 In the scientific community, drugs are defined as substances that can affect a human’s or animal’s biological and neurological states. Drugs can be swallowed, inhaled through the nostrils, injected with a needle, applied to the skin, taken as a suppository, or smoked. Scientists categorize drugs according to their effects. Among their categories are analgesics, which kill pain, and psychoactive drugs, which alter the mind or behavior. Some psychoactive substances produce psychological highs or lows according to whether they are stimulants or depressants, respectively. Others, called hallucinogens, produce psychedelic states of consciousness. According to the Food and Drug Administration (FDA). Drugs have been defined to include such things as herb tonics, cold salves, laxatives, weight reduction aids, vitamins, and even blood. Narcotics are defined by statute as substances that either stimulate or dull an individual’s senses, and that ordinarily become habit-forming (i.e., addictive) when used over time. The regulation of narcotics falls into two areas. Legal narcotics are regulated by the FDA and are generally available only with a physician’s prescription. The production, possession, and sale of illegal narcotics—commonly called controlled substances—are banned by statute.

The worsening trend of drug trafficking and fake drugs in Nigeria trend in prompted the public and particularly the professional bodies, notably the Pharmaceutical Society of Nigeria, to pressure the government to take definite steps towards controlling the preponderance of fake drugs in Nigeria. The government responded by promulgating the counterfeit and fake drugs (miscellaneous provisions) decree No. 21 of 1988. This decree prohibited the sale and distribution of counterfeit, adulterated, banned, and fake drugs or poisons in open markets and without a license of registration. It also created penalties for the breach of the provisions of the decree and a task force was established in each state of the federation charged with the responsibility of seizing any drug or poison illegally displayed in unlicensed or unregistered premises. Shortcomings in the decree led to its being repealed by decree No. 21 of 1989 and subsequent amendments.

Authority to regulate drug use rests foremost with the federal government, derived from its power to regulate interstate commerce. States are free to legislate so long as their laws remain consistent with federal law. Most states in Nigeria have adopted federal models for their own drug legislation. There is a large market for drugs in Nigeria. Out of over 130 existing pharmaceutical manufacturers, only 60 are in active manufacturing. This is despite the installed capacity of the industry to produce between 50% and 75% of the nation’s drug needs. Capacity utilization is below 30% and about 70% of the drugs are thus imported. SEE: List of Agencies Which Fight Drug Abuse In Nigeria

There are various laws that regulate and control the manufacture, sale, and distribution of drugs in Nigeria. They include:

(a) Determine the standard of knowledge and skill required of persons seeking to become 24 Journal of Health & Population in Developing Countries; 2001, 4(2):23-34 registered members of the pharmacy profession,

(b) Establish and maintain a register of persons qualified to practice as members of the Pharmacy profession,

(c) Prepare and review the code of conduct, and

(d) Regulate and control the practice of the Pharmacy profession. The Council has an investigating panel and disciplinary committee to discipline erring pharmacists as appropriate.

(a) Regulate and control the importation, exportation, manufacture, advertisement, distribution, sale, and use of food, drugs, cosmetics, medical devices, bottled water, and chemicals,

(b) Conduct appropriate tests and ensure compliance with standard specifications designated and approved by the council for the effective control of the quality of food, drugs, etc., as well as their raw materials and production, including processes in factories and other establishments.

(c) Undertake appropriate investigations into the production premises and raw materials for food, drugs, etc., and establish relevant quality assurance systems, including certification of the production sites and regulated products.

(e) Compile standard specifications and regulations and guidelines for the production, importation, exportation, sale, and distribution of food, drugs, etc.

(g) Establish and maintain relevant laboratories or other institutions in strategic areas of Nigeria as may be necessary for the performance of its functions.

The Federal task force on counterfeit and fake drugs established under the provisions of the counterfeit and fake drugs (miscellaneous provisions) Act operates within NAFDAC. Drugs and related products (registration) Decree No. 19 of 1993. This decree makes provisions for the prohibition of the manufacture, importation, exportation, advertisement, sale, or distribution of drugs, drug products, cosmetics, or medical devices unless it has been registered in accordance with the provisions of the decree. It also stipulates the procedure for applying for registration of a drug product, conditions under which information supplied by an applicant is disclosed, and provisions for the suspension or cancellation of certificates of registration and clinical trials. Penalties for contravention of provisions of this decree are also stipulated therein. The aforementioned laws show that the government has positively responded by legislation to forestall a chaotic drug distribution situation in Nigeria. But empirical data has shown that the situation is far from adequate.

How to Verify a NAFDAC Registration Number