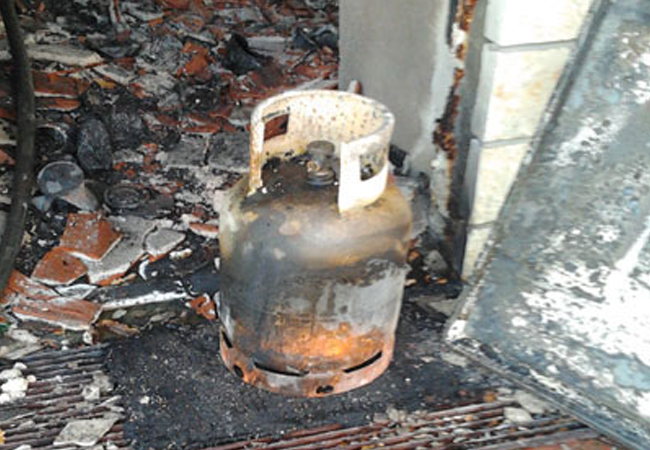 Unlike other rooms that are used for relaxation, the kitchen can become extremely busy. We may be rushing to cook for the family after getting home from work. Or, on special occasions, using it to whip up a batch of cupcakes, or cater a big party at home. And amidst all the rush, many of us forget to observe proper kitchen safety practices. This is a mistake because a little error can lead to a disastrous accident. When it comes to your gas cooker, it is recommended that you:

Check the stove: If it’s safe, walk over to your stove and make sure all your burners are turned off. It’s a common mistake: Someone bumps into the stove and the gas is accidentally turned on.

Keep the lights off: Don’t turn the lights on, as that could spark an explosion if gas is present. Make sure you have a flashlight handy.

Know where your gas meter is located: When there isn’t an emergency, go outside your home and check to see where your meter is, and how to operate it. You can shut it off if you smell gas. Use a wrench to turn the valve from the on to off positions.

Get out: Finally, you should make sure you evacuate your home. Getting a safe distance away — across the street will work. 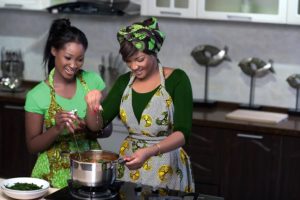 Problems To Fix To Prevent Your House From Exploding

# 1 Leak from gas cylinders and hoses should be checked regularly to prevent excessive escape of gas through the punctured holes. It’s also vital to note that keeping the tubes away from sunlight and heavyweight material can help keep them safe from leaks.

Incident 1: A strange odor from a flat was detected and reported to the police by a neighbor. Firemen broke into the flat and found that the left burner of a double burner LPG cooking stove had not been switched off completely, resulting in the LPG leak. Luckily, the leak was detected in time, before any serious incident, such as fire or explosion, happened.

Cause: The LPG cooking stove involved in the incident is a non-approved gas appliance (without the GU mark). Although fitted with a flame failure device, that device could not function normally. As the burner on the left is neither switched off completely nor ignited, it results in the LPG leak.

Prevention Tips: Purchase gas appliances that bear the GU mark. Arrange for a registered gas contractor to conduct safety checks on the appliance once every 18 months to ensure the best performance of the appliance. Check if the switch of the gas appliance is turned off properly after cooking or cleaning.

Incident 2: It is a gas leak incident involving an LPG cylinder left on the ground outside a village house. Firemen arriving at the scene switched off and removed the regulator of the LPG cylinder to stop the gas leak.

Cause: The flexible tubing and regulator of the LPG cylinder have already reached the end of their service life, and there are a number of surface cracks on the flexible tubing. This is the cause of the incident.

#2. Your burners and stoves should be checked regularly even after cooking to ensure they are turned off properly to prevent an explosion when a spark of light enters the kitchen.

Incident 3: A domestic helper was using a built-in gas hob with a tempered glass panel surface to cook soup in the kitchen. About an hour later, she switched off the utensil to bring the cooked soup to the dining room where dinner was served. A “pop” sound was heard within a few minutes, and the glass panel of the built-in gas hob was found broken.

Cause: Very often, the flame distributor was not cleaned after spillage of food and liquid during cooking, leading to blockage of gas passage, resulting in the flame not being able to burn externally and returning partially to the bottom of the glass panel. The glass panel, having been burned by the back fire for a sustained period of time, would be damaged, and the resulting bulge would shrink when the flame was extinguished, eventually leading to the breaking of the glass panel.

#3. When using gas before or during your cooking time, ensure that lighters and other flammable liquids are not close by. In addition, ensure the doors and windows are open so excess gas can find its way out so, ventilation becomes paramount. The thin rubber which is housed where the hose is being inserted should also be changed every 3 weeks to prevent leaks and excessive pressure which may cause an explosion.

Incident 4: A man placed an LPG lighter on the panel of a double burner gas cooking stove in the kitchen. He then started cooking on the stove. When he left the kitchen to take a phone call, the lighter had a minor explosion. Luckily, the man was not hurt by the explosion.

Cause: The plastic shell of the lighter cracks under the heat of the stove. LPG leaks out and is ignited by the flame of the stove, causing the minor explosion.

Prevention Tips: Keep lighters away from flame or any environment with a temperature higher than 50°C, such as near an electrical appliance that gives off heat or a cooking stove. Lighters should be stored in a dry, cool, well-ventilated place that is inaccessible to children. Never leave lighters in a car.

#4.  Avoid buying fake gas cylinders, the influx of fake and sub-standard Liquefied Petroleum Gas cylinders into the Nigerian market has become a major issue, these cylinders cause  ‘bomb-like’ explosions in kitchens. It could be recalled that the Nigerian Customs Service impounded N38m worth of cooking gas cylinders in the latest clampdown on importers of fake cylinders. In addition, always endeavor to change old cylinder which has stayed up to 3 years to prevent fatal explosion due to weakness of the cylinder. This can simply be done by taking the old cylinder to gas companies and asking for replacement with little addition of money.

#5.  Always buy your gas from reputable firms and gas refill companies with good safety records. You can easily determine this by looking around the refill area for fire safety paraphernalia including gadgets and notice of protocols in case of emergency. If a gas refill is too cheap to be true, it’s likely too cheap to be safe

YOU CAN SAVE LIVES BY SHARING THIS ARTICLE WITH OTHERS

Prevent Explosion: See How to Check Expiry Date of a Gas Cylinder