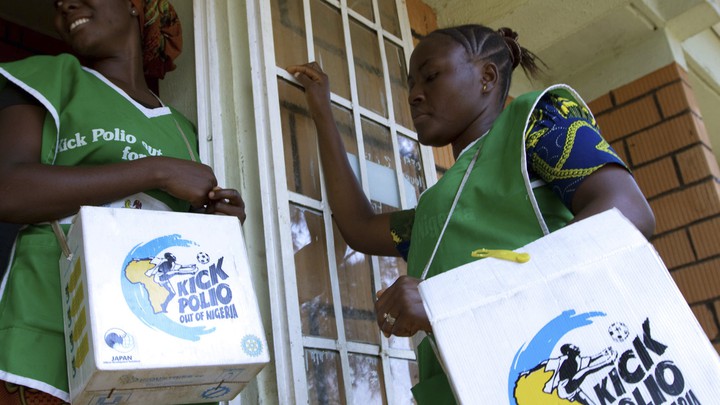 According to the world health organization, Immunization is the process whereby a person is made immune or resistant to an infectious disease, typically by the administration of a vaccine. Vaccines stimulate the body’s own immune system to protect the person against subsequent infection or disease. Immunization is a proven tool for controlling and eliminating life-threatening infectious diseases and is estimated to avert between 2 and 3 million deaths each year. It is one of the most cost-effective health investments, with proven strategies that make it accessible to even the most hard-to-reach and vulnerable populations. It has clearly defined target groups; it can be delivered effectively through outreach activities; and vaccination does not require any major lifestyle change.

Immunization is considered one of the most cost-effective health interventions, reducing under-five mortality . Available data indicates that global immunization coverage from 2010 to 2015 shows that at least 85% of children received three doses of diphtheria-pertussis-tetanus (DPT) vaccine. However, in 2015, the number of children without routine immunization (RI) was 19.4 million globally. The majority (75%) of non-immunized children live in 10 countries, including Nigeria .

Nigeria is the most densely populated country in Africa with an annual population growth rate of 2.83% and is the second largest contributor to under–five mortality in the world . According to the 2013 National Demographic Health Survey (NDHS) , only 25% of children aged 12–23 months completed the prescribed course of RI. However, there are marked inequalities across geopolitical zones with immunization completion ranging from about 50% in the South-West and South-South to 27, 14, and 10% in the North-Central, North-East and North-West, respectively.

In Nigeria, the agency responsible for controlling vaccine-preventable diseases through the provision of vaccines and immunization guidelines is the National Primary Health Care Development Agency (NPHCDA). National responsibility for the development of communication interventions for vaccination programmes is given to the National Social Mobilization Working Group, while State and Local Social Mobilization Committees are responsible for coordination and implementation of communication interventions at the State and Local Government levels. The routine immunization schedule in Nigeria recommends that all childhood vaccinations are completed by nine months of age. In addition to routine immunization, numerous rounds of mass campaigns are also held in all the states of the country as part of efforts to eradicate poliomyelitis. Campaigns are also carried out occasionally for meningococcal meningitis, measles and yellow fever vaccines.

Religion Beliefs: Religious beliefs is the most important factor affecting immunization  not just in Nigeria but also in many other countries in Africa. The polio vaccine refusal in Northern Nigeria in 2003/2004 did not only quintuple polio incidence in Nigeria but also contributed to outbreaks across three continents. The rejection was driven by rumors and distrust which are rudiments of vaccine hesitancy. United Nations Children’s Fund (UNICEF) has engaged religious leaders in Nigerian states, particularly in Muslim communities, to mobilize caregivers against social norms that prevent families from vaccinating their children. Muslim and Christian clerics deliver life-saving messages during sermons and other religious gatherings to dispel negative attitudes toward vaccinations and other health services. Collaboration with religious leaders has not only supported polio eradication efforts but has also brought about further benefits in the fight against infant and maternal mortality through awareness campaigns.

Another major factor affecting immunization in Nigeria is vaccine safety and storage issues. Warm temperatures and UV light can have negative effects on most vaccines and can cause them to become ineffective. Labels typically suggest vaccines are stored between 2°-8° C. If the vaccine is kept at a temperature above or below the recommended temperature on the label, it could adversely affect the vaccine. The Nigerian energy supply crisis refers to the ongoing failure of the Nigerian power sector to provide adequate electricity supply to domestic households and health facilities which negatively impact vaccine quality.

Ensuring the adequacy of the vaccine supply is essential for achieving immunization goals, but the presence of sufficient stocks of vaccine does not ensure that they will be delivered or distributed equitably within the health care system. Rotavirus vaccine is one of the new vaccines introduced into the nation’s immunization schedule in phases commencing in 2018. However, years later the vaccine is unavailable in virtually all states of the country.

Cultural Belief:  The National Programme on Immunization (NPI) schedule also suffers recurrent setbacks due to ethnic, cultural beliefs and practices of people in Nigeria. Although it is well established that Traditional beliefs and practices can help teach effective modern public health practices in Nigeria. A study conducted among large ethnic groups in Nigeria found that many of the people’s traditional beliefs promoted good health practices and complemented modern health promotion efforts. However due to disinformation, and religious influences in cultural practices vaccination has suffered several setbacks on the altar of culture and traditions. In addition, most rural dwellers belief in the efficacy of African Traditional Medicine and this belief and practice have long been with them and have affected or influenced to a greater extent their attitudes and behaviors to themselves and immunization drive.

Where To Get Hepatitis B Vaccine In Nigeria