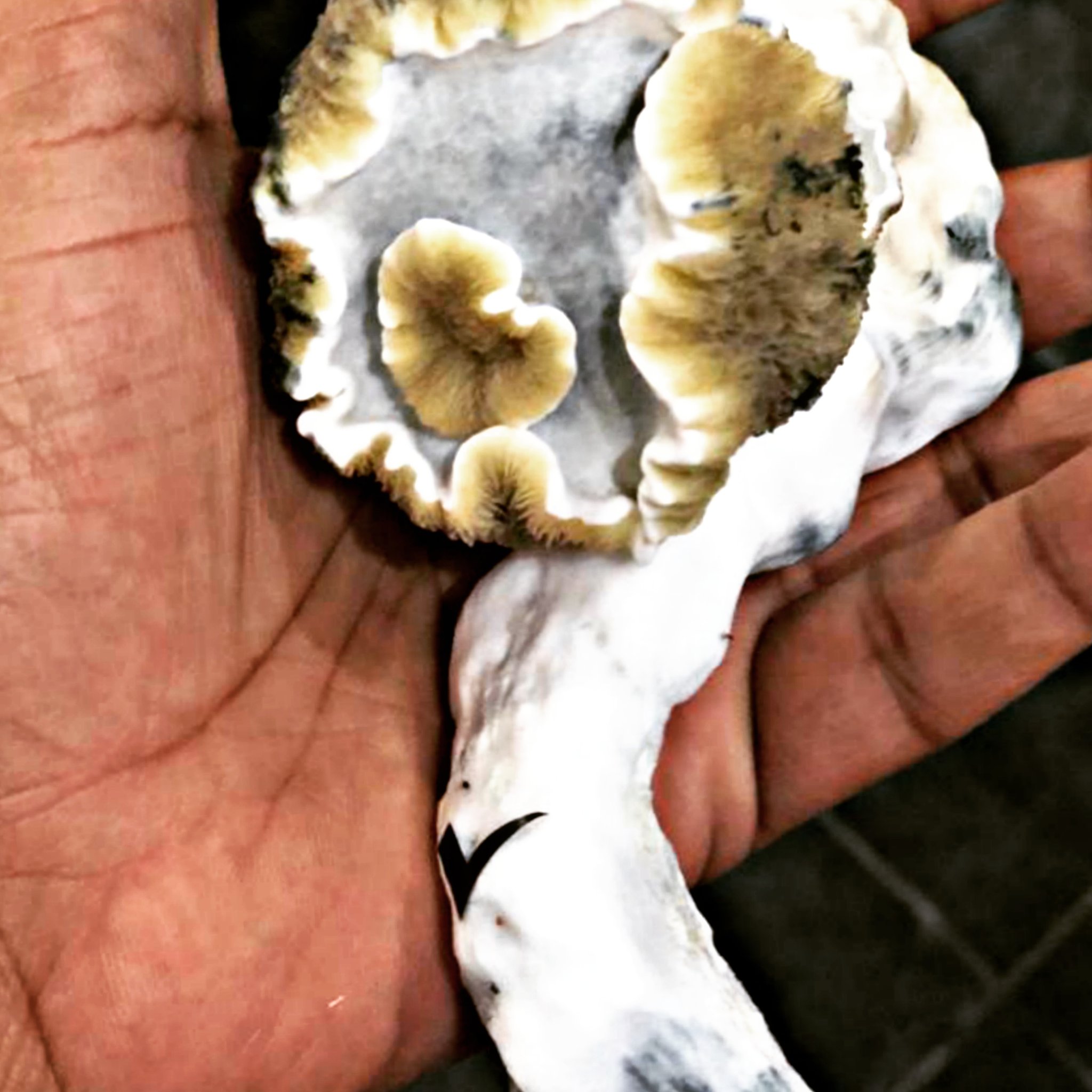 Shrooms, also known as magic mushrooms, are a type of psychedelic that fall into the psilocybin drug class, which is the natural psychoactive compound that causes hallucinogenic side effects. Psilocybin is addictive and can cause extremely uncomfortable and anxiety-inducing symptoms.

As a hallucinogen, shrooms can trigger mental and emotional side effects that increase the risk of accidents under the influence. When mixed with other drugs and alcohol, as they often are, these risks become more probable.

Magic mushrooms in therapeutic and spiritual use amongst tribal societies have been practiced and documented for hundreds and potentially thousands of years. Studies have shown that the use of psychoactive substances weren’t uncommon in pre-Columbian Mesoamerican societies. Religious use of psychoactive mushrooms has been documented in Siberia, where indigenous tribes are known to drink the hallucinogenic urine from reindeer who have consumed the well-known red and white spotted Amanita Muscaria mushroom. Although, the effects are remarkably different from psilocybin-containing mushrooms due to the dissociative activity produced by the active ingredients muscimol and ibotenic acid.

Additionally, ritualistic psychedelic use in Ancient Greece has been presented through the “The Eleusinian Mysteries”, a “rebirth” rite ceremony using “kykeon”, a psychedelic brew said to be made from ergot fungus and psychedelic mushrooms. The death penalty was the result of exposing these ceremonies, making these transformational healings, and insights to be sworn to secrecy. In celebration of Demeter, the goddess of grain and agriculture, and her daughter Persephone, the god of the Underworld, the ceremonies took place during or after harvest cycles.

The Greeks weren’t the only ones who engaged in sacred mushroom use. Statues, artwork like rock paintings, and the like have been discovered in Mayan and Aztec cultures in Central America in what appears to be representations of hallucinogenic mushrooms. They are said to have used psychedelic mushrooms to communicate with the gods. Mushroom use may also be displayed in their language, where they speak of a substance called teonanácatl, which translates to “flesh of the gods,” that is believed to be in reference to magic mushrooms. While some consider these findings inconclusive, there have been several confirmed uses amongst indigenous peoples in Central America, including the Mixtec, Mazatec, Nashua, and Zapatec.

How Long Does Psilocybin Stay in Your System?

The short-term effects of shrooms typically wear off in 6 to 12 hours. But users can experience long-term changes in personality and flashbacks long after taking the drugs. The average half-life of psilocybin ranges from an hour to two, and it generally takes five to six half-lives for a substance to be eliminated from your system.

A drug test looks for the presence of one or more illegal or prescription drugs in your urine, blood, saliva, hair, or sweat. Urine testing is the most common type of drug screening. Drug screening is used to find out whether or not a person has taken a certain drug or drugs. It may be used for:

The typical urine drug screening for employment does not test for psilocybin, but there are specific tests that can be ordered to test for the powerful hallucinogen. Like many other drugs, magic mushrooms can be found in hair follicles for up to 90 days. Drug tests of psilocybin and psilocin involve screening urine samples using high-performance liquid chromatography or tandem mass spectrometry. The report is usually made available between four to eight days. Information from the Drug and Alcohol Testing Industry Association notes that hallucinogen tests may include markers for:

The body metabolizes these types of compounds relatively quickly. However, a person may need to undergo hallucinogen tests for certain occasions, for example, if they appear to be under the effect of these substances at the time.

You may have to take a drug test as a condition of your employment, in order to participate in organized sports, or as part of a police investigation or court case. Your health care provider may order drug screening if you have symptoms of drug abuse.  SEE: What Does M AMP Stand For On A Drug Test?