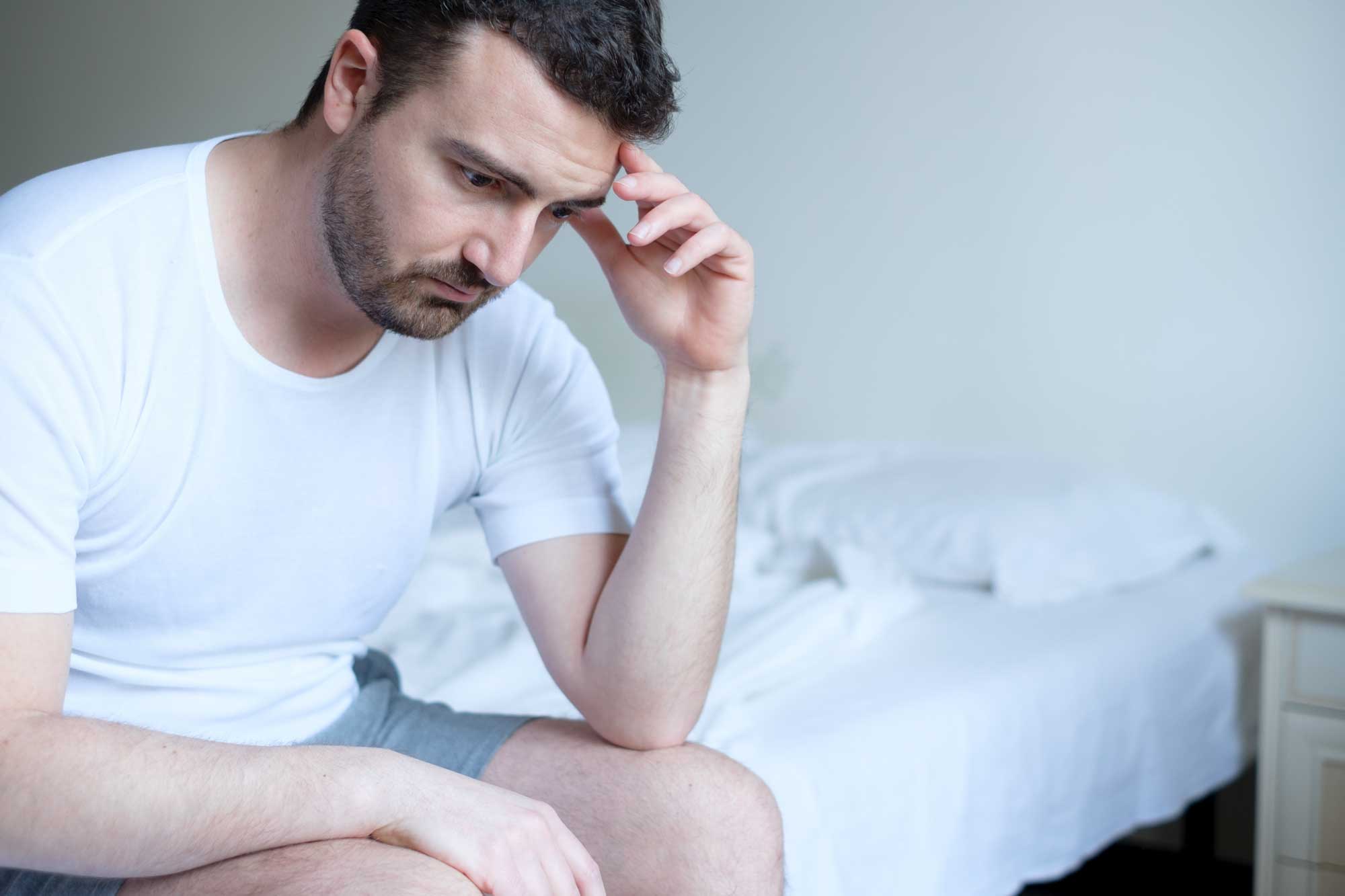 Crack cocaine is the crystal form of cocaine, which normally comes in a powder form. It comes in solid blocks or crystals varying in color from yellow to pale rose or white. Crack is heated and smoked. It is so named because it makes a cracking or popping sound when heated. Crack, the most potent form in which cocaine appears, is also the riskiest. It is between 75% and 100% pure, far stronger and more potent than regular cocaine.

Smoking crack allows it to reach the brain more quickly and thus brings an intense and immediate but very short-lived high that lasts about fifteen minutes. And because addiction can develop even more rapidly if the substance is smoked rather than snorted (taken in through the nose), an abuser can become addicted after his or her first time trying crack.

Because of cocaine’s high cost, it has long been considered a “rich man’s drug.” Crack, on the other hand, is sold at prices so low that even teens can afford to buy it at first. The truth is that once a person is addicted, the expense skyrockets in direct ratio to the increasing amount needed to support the habit.

The damage caused by crack cocaine and its associated effects can be seen in the number of emergency room visits and calls to poison control. As reported by the DEA, in 2011, more than 500,000 people visited an emergency department for cocaine-related emergencies.

Due to the multitude of dangers associated with continued cocaine use, those who wish to reduce their risk need to stop using the drug. Some may put off quitting indefinitely, however, as it is associated with the onset of a withdrawal syndrome. This condition triggers unwanted symptoms that make ending use and establishing recovery uncomfortable and challenging for the individual. Fortunately, there are programs to alleviate withdrawal discomfort, manage symptoms, and help recovering users kickstart their journey to sobriety.

What Is Crack Cocaine Withdrawal?

In a general sense, withdrawal is a condition that begins when a user who is dependent on a substance ends or drastically reduces their use .

Physical dependence develops as the body becomes used to cocaine in the system and begins to adapt to the drug. Through the adaptation, the brain begins to essentially require cocaine to feel well and function normally.

When the substance is not available at the expected level, withdrawal symptoms will begin .

NOTE: A substance like crack cocaine is very addictive; however, there is a distinction between addiction and dependence. Addiction reflects an inability to stop using a drug even when using causes personal distress. Dependence is a physiological adaptation of the body to cocaine, and it is the development of dependence that foretells the onset of physical withdrawal symptoms should the drug no longer be used 4.

Crack Cocaine withdrawal does not have the same associated risks as the acute withdrawal syndromes associated with other substances like alcohol or benzodiazepines, which can result in lethal complications :

Withdrawal from stimulants like cocaine is not usually life-threatening. However, there are some significant dangers that may arise in certain situations, including :

Physical health complications: If someone is abusing cocaine and alcohol concurrently, they run a special risk of cardiac issues during withdrawal. This person may have an increased chance of developing an arrhythmia or infarction (heart attack).Seizures are a risk for those currently using cocaine, as well as for some users in cocaine withdrawal .

Mental health concerns : Withdrawal from cocaine may produce symptoms of depression in some users. These symptoms can be expressed as low mood, low energy, and low motivation. Some people may report suicidal thoughts and intentions during withdrawal . Because of this, a detoxing individual should be monitored closely to keep them safe. As many as 50% of people that abuse cocaine have co-occurring depression, which may complicate their withdrawal process . Suicidal thoughts or intentions may be more common in those abusing multiple substances.

Stimulant users commonly express aggression, paranoia, and violence towards the end of use and the onset of withdrawal. These situations can be dangerous for the person experiencing withdrawal as well as the people around them. Detox/treatment centers will provide a safe environment during this time.

Any time cocaine is concurrently used with other substances like alcohol, withdrawal becomes more complicated and more dangerous. If you are quitting cocaine, be honest with your treatment center or health provider about whether you are using multiple substances.

Cocaine is often used in a binge and crash pattern, so withdrawal symptoms are often experienced by those who may not have yet made the decision to quit. Withdrawal from cocaine involves  distinct stages :

The crash: This occurs within 24 hours after a binge, or sustained period of high-intensity use, ends. Someone in the midst of a cocaine crash may experience:

Withdrawal: The second phase will begin within a week of last use and can last for a total of 10 weeks. Symptoms include:

Extinction: This final stage can continue for 6 months. It will show a decrease in most symptoms. The symptoms of this phase include:

There is some evidence to suggest the presence of persistent impulse control deficits beyond 4 weeks of abstinence in previous cocaine users 7. Lingering impulse control issues might be part of a constellation of symptoms that would support the phenomenon of a protracted withdrawal syndrome – or post-acute withdrawal syndrome (PAWS) – for cocaine.

Attempts to develop a medication specifically for the use of minimizing withdrawals or reducing cravings for cocaine have been unsuccessful to this point.

While certain medications such as modafinil (a medication for narcolepsy with stimulant qualities) and some antidepressants have been researched and shown some potential for alleviating the discomfort of cocaine withdrawal, no medications are currently approved for use in detox from cocaine.

Some medications may be used, however, to help some of the more specific symptoms that some users may experience. For example, those suffering from severe insomnia may benefit from taking Benadryl, trazodone, or other sleep aid with minimal abuse potential of its own  6.

Detoxification refers to a the management of any lingering effects of intoxication as well as any acute withdrawal symptoms present in a newly abstinent individual. Detox programs will evaluate and stabilize symptoms while building readiness for abstinence before transferring to ongoing substance abuse treatment. Detox alone is not considered treatment for addiction; rather, it the first step towards treatment . Detox can occur in a number of inpatient and outpatient settings. Some people detoxing from cocaine will be able to do so at home if their environment is safe and supportive with no access to cocaine or other drugs. People with less than ideal environments for maintaining abstinence may consider a higher level of care in an inpatient environment .

At the conclusion of crack detox, a solid plan should be in place to initiate substance abuse treatment, which may be combined with mental health treatment, if necessary. Treatment will focus on rebuilding social skills, forming healthy relationships, finding employment, and attending self-help groups with the goal of building a balanced life in recovery .

Cognitive-behavioral therapy (CBT)–Helps substance users understand the impact of thoughts, feelings, and behaviors on their drug use.

Motivational interviewing (MI) –Works to increase intrinsic motivation to become and remain drug-free rather than relying on outside pressures.

The Matrix Model –Designed specifically for stimulant addiction and combines aspects of other treatment styles along with a variety of individual, family, and group sessions to maintain recovery. SEE: How Long Does Crack Cocaine Stay in Your System

Australian Government: The Department of Health. (2004). Models of Intervention and Care for Psychostimulant Users, 2nd edition: The Cocaine Withdrawal Syndrome.