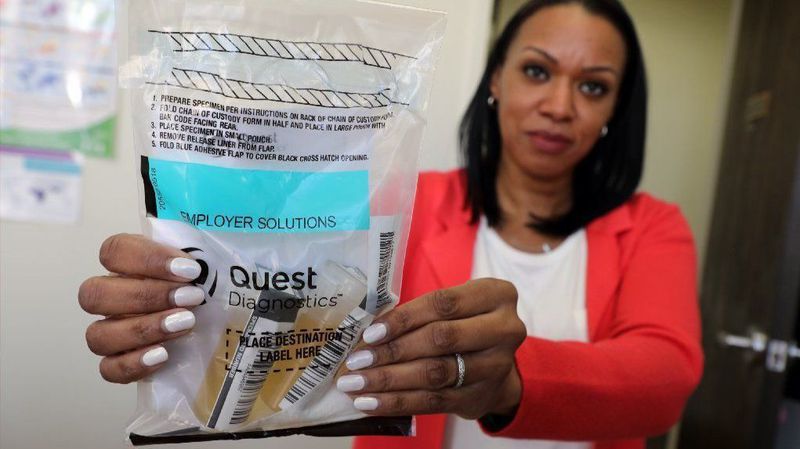 Period, also known as menstruation is a release of blood from a girl’s/woman’s uterus, out through her vagina. When you menstruate, your body discards the monthly buildup of the lining of your uterus (womb). Menstrual blood and tissue flow from your uterus through the small opening in your cervix and pass out of your body through your vagina.

What is a Drug Test?

A drug test is a painless test. It analyzes your sample for the presence of certain illegal drugs and prescription medications. A drug test can help a doctor detect potential substance abuse problems. After a drug test identifies drugs you may be misusing, doctors can help you start a treatment plan.

Taking drug tests throughout substance abuse treatment helps to ensure that the plan is working and that you’re no longer taking drugs. The types of test include:

Eight in ten companies — about 90% of employers require pre-employment drug screens and most rely on urine tests taken onsite, at a lab. Urine screens are also used by detox facilities to ensure patients are staying off drugs. A typical urine drug test panel looks for evidence of cocaine, marijuana, amphetamine, opiates, and alcohol. Some will also look for nicotine.

Yes, but studies recommend that urine test should be avoided during menstruation because blood contamination can easily occur. The first or second morning urine specimen is recommended.

In the alternative, you can opt for other drug testing method. For example, you can ask for a saliva test, blood test, hair test, or other biological sample collection that can aid in detecting the traces of drugs apart from urine. This way, you will be able to go for the drug test and avoid the discomfort of presenting a urine sample contaminated with menstrual flow which might alter the test results or cause false positives. Read:  List Of Companies That Don’t Test For Drugs