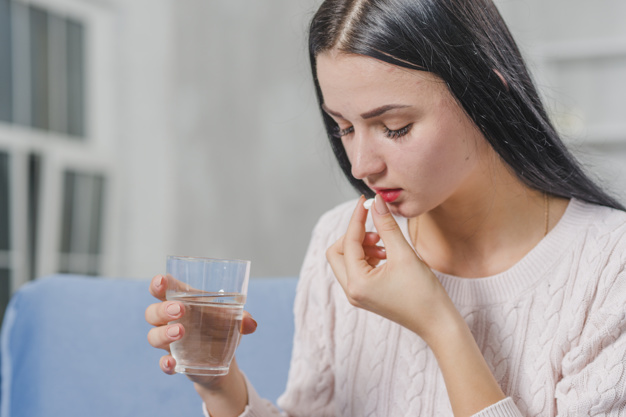 What is an antipsychotic medication?
An antipsychotic medication sometimes referred to as neuroleptics or major tranquilizers, are medications prescribed to treat schizophrenia and to reduce the symptoms associated with psychotic conditions such as bipolar, psychotic depression, senile psychoses, various organic psychoses, and drug-induced psychoses.
People experiencing psychosis are sometimes, but not always, a danger to themselves and others. Antipsychotic medications have both a short-term sedative effect and the long-term effect of reducing the chances of psychotic episodes. Most drugs are available in oral dosage forms (tablets, dry powder, and capsules), while some can be given in the parenteral form (intramuscular and intravenous injections).

Atypical Antipsychotics, or Second Generation Antipsychotic Drugs. These new medications were approved for use in the 1990s. Clozapine, asenapine, olanzapine, quetiapine, paliperidone, risperidone, sertindole, ziprasidone, zotepine, and aripiprazole are atypical antipsychotic drugs. With the discovery of clozapine in 1959, it became evident that this drug was less likely to produce extrapyramidal effects (physical symptoms such as tremors, paranoia, anxiety, dystonia, etc. as a result of improper doses or adverse reactions to this class of drug) in humans at clinically effective doses than some other types of antipsychotics. Clozapine was categorized as the first atypical antipsychotic drug. This category of drugs has also been of great value in studying the pathophysiology of schizophrenia and other psychoses. Commonly prescribed atypical antipsychotics include:

Most psychotropic medications produce the best results when paired with some type of psychotherapy. Medication can be of great service in helping a person treat and overcome debilitating symptoms, but pills by themselves cannot address behaviors, emotions, and root causes of mental health issues. If you are prescribed an antipsychotic medication, please consider finding a therapist you trust to help you learn more about what you are experiencing and to help you develop coping strategies to improve the quality of your life.

Dopamine was discovered and categorized as a neurotransmitter in the late 1950s. There are five pathways, or systems, of dopaminergic receptors in the central nervous system. These systems or pathways include:

These pathways affect thinking, cognitive behavior, learning, sexual and pleasure feelings, and the coordination of voluntary movement. Extra firing (production of this neurotransmitter) of dopamine in these pathways produces many of the symptoms of schizophrenia.
Many atypical or second-generation antipsychotics block serotonin (5-HT) receptors in the brain, particularly 5-HT2A receptors—the vital players in schizophrenia. In addition, atypical antipsychotics also act on adrenergic, cholinergic (muscarinic), and histamine receptors.

Side Effects And Adverse Drug Reactions

People who take antipsychotic medications may experience negative side effects, such as:

Effects on the Central Nervous System: Drowsiness, sedation, and hypnosis occur. Confusion, vertigo, syncope, disturbed sleep, nightmares, and agitation are also reported by various studies. Dementia, amnesia, and loss of memory are some adverse effects. Suicidal ideation in old and young with increased mania, anxiety, agitation, violent behavior, and depression can also be seen in people taking these drugs.

Effects on the Cardiovascular System: Cardiomyopathy is noted in nine out of every 100,000 people using clozapine. Alteration in electrocardiogram (ECG) readings, chest pain, angina, myocarditis, palpitation, tachycardia, edema, phlebitis, and arrhythmias are serious adverse effects. Myocardial infarction (heart attack) occurs in only 1% of people using this category of drug. Orthostatic hypotension—the medical name for the fuzzy feeling you get when standing up too quickly is very common.

Pregnancy and Lactation: Antipsychotic drugs can be used in pregnant females since they have shown no teratogenic (development of the fetus or embryo) effects in animal studies. Drugs like clozapine and olanzapine have shown no harm to the fetus. However, during lactation, the metabolites may be disturbed in the milk and could harm the newborn.

Antipsychotics cannot be used with the following substances:

How To Safely Use Antipsychotic Medications

What Are Illegal Drugs: Definition, List, Types and Penalties