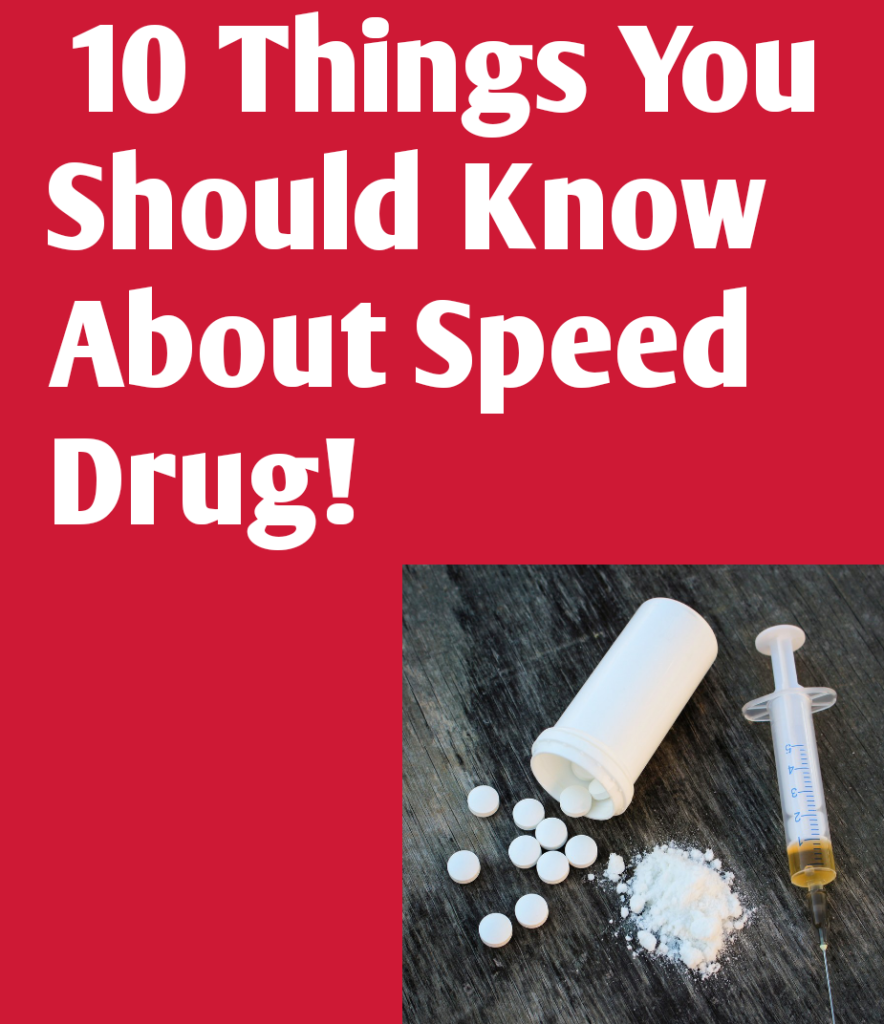 10 Things You Should Know About Speed drug

Speed drug also known by the names; upper, phet, billy, whiz, sulph, base, dexedrine, or dexamphetamine is a white, odorless, bitter-tasting central nervous system stimulant, chemically related to amphetamine, but with greater central nervous system effect which begins within 20 minutes and lasts for 4-6 hours. Amphetamines are used medically for the treatment of attention deficit hyperactivity disorder (ADHD), narcolepsy, and obesity. They exist as two enantiomers: levoamphetamine and dextroamphetamine.

Speed drug was first synthesized in 1887 in Germany by a Romanian chemist of Jewish origin Lazăr Edeleanu, who named it phenylisopropylamine. He is known for being the first chemist to synthesize amphetamine at the University of Berlin and for inventing the modern method of refining crude oil.

What is speed drug used for?

Amphetamines are used medically for the treatment of attention deficit hyperactivity disorder (ADHD), narcolepsy, and obesity. They exist as two enantiomers: levoamphetamine and dextroamphetamine. Medical uses of speed drugs are limited in the U.S. due to the high potential for abuse and diversion. Prescription doses are typically much lower than those used illegally. Methamphetamine is classified as a Schedule II stimulant by the U.S. Drug Enforcement Agency (DEA), which means it has a high potential for abuse and is available legally only by prescription. In the U.S., methamphetamine is available by prescription as the brand name product Desoxyn or generically.

How is speed drug abused?

Methamphetamine or speed drug is a potent and addictive stimulant that comes in a form of powder or tablet which addicts sniff, swallow or inject. Another common form of the drug is crystal methamphetamine, or “crystal meth”, which is clear, chunky crystals resembling ice. Crystal meth is smoked in a manner similar to crack cocaine and became popular in the 1980s. Street names for this form of methamphetamine include “ice”, “crystal”, “crank”, and “glass”. The dangers of speed drug abuse include risk of overdose, heart failure, and death, especially when combined with anti-depressants or alcohol, risk of HIV and other sexually transmitted infections if you share snorting or injecting gear, increased risk of exacerbating underlying mental health problems, and unwanted pregnancy due to increased sex drive.

Is Adderall and speed drug the same?

What are the short-term effects of speed drug?

The short-term effects of speed drug are:

What are the long-term effects of speed drug?

The Long -term effects of speed drug are:

Can speed drug kill you?

Speed drug is one of the most dangerous and most addictive recreational drugs. Meth’s effects cause a strain on the vital organs and increase the risk for heart attack and stroke. Death due to a methamphetamine overdose can be caused by:

How does speed drug affect the brain?

How Long Does Speed Drug stay in your Body?

Oral methamphetamine has a half-life of roughly 4 to 5 hours. Metabolism occurs in the liver, and excretion occurs primarily in the urine and is pH-dependent. Approximately 62% of an oral dose is eliminated in the urine within the first 24 hours, with about one-third as intact drug and the remainder as metabolites. However, amphetamine is also an active metabolite of methamphetamine, peaking in blood levels in roughly 12 hours.

What are the side effects of speed drug?

Methamphetamine or speed drug Use has the following side-effects

How to overcome speed drug addiction

Seek treatment. The first step to recovery from speed drug addiction is to decide to seek treatment. Treatment may mean medications, behavioral counseling, or a combination of the two.

Learn new habits. Relapse (or returning to drug use) is common with addiction to speed drug or meth and is an expected part of treatment. Returning to the people, places, or things associated with former drug use can actually trigger relapse—before the addicted person is even aware of it. Behavioral therapy can teach the person in recovery to avoid these triggers and learn new coping skills so they can make better decisions.

Take it one step at a time. Recovery from speed drug addiction takes time. Treatment works best when it is long-term, at least 90 days in most cases. And because people treated for drug addiction are vulnerable to relapse even after they’ve been off drugs for a long while, most treatment professionals would say that someone with a past drug or alcohol problem is “in recovery” for a lifetime.

Find treatment. If you, your loved one, a family member, or a friend is trying to find drug abuse treatment options, look up facilities near you by using the Substance Abuse Facility Treatment Locator, provided by the Substance Abuse and Mental Health Administration or other local health centers near you. SEE: What is K 56 pill?