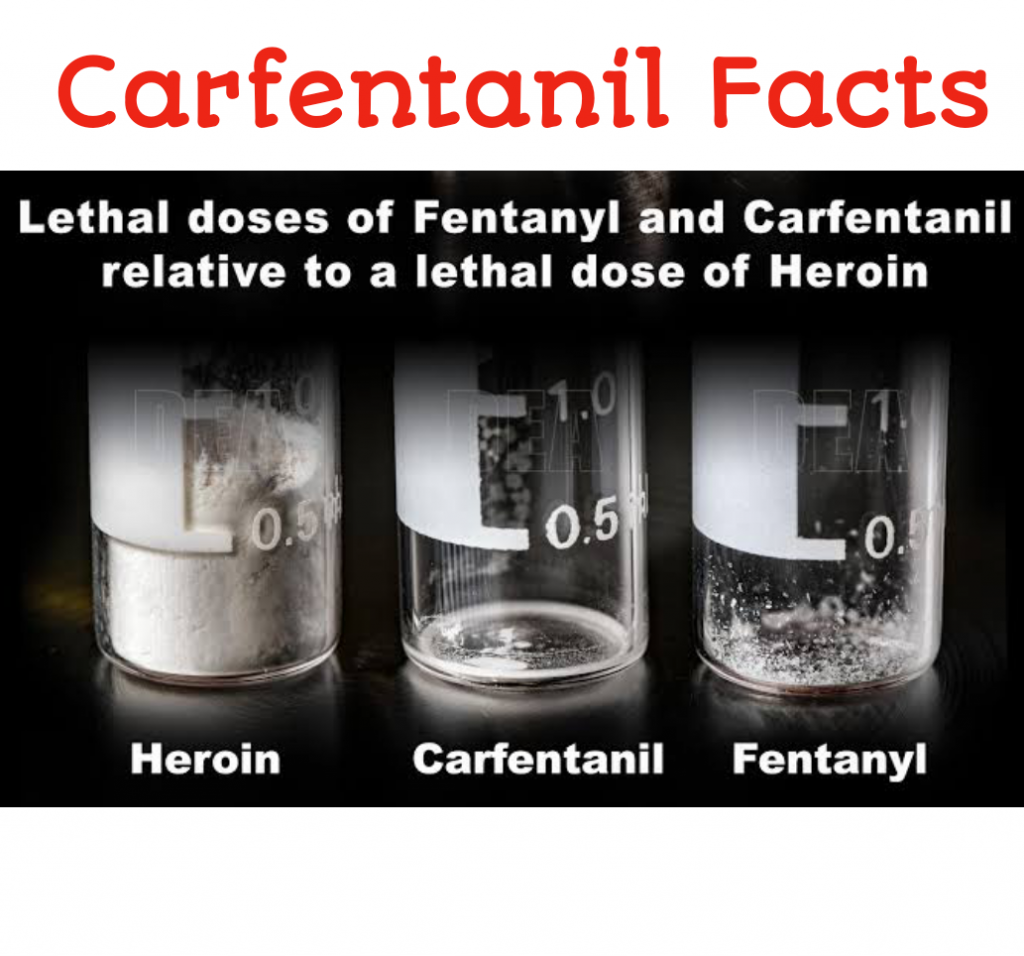 Carfentanil or carfentanyl is a structural analog of the synthetic opioid analgesic fentanyl. Short-acting and with fast onset, it has weight for weight, around 100 times stronger effects than fentanyl and 1000 times stronger than heroin. Carfentanil is illegally manufactured for sale on the streets. As well as being added to substances like cocaine and heroin. In addition, carfentanil can be made into pills that mimic the look of Percocet, OxyContin, or other prescription drugs. Carfentanil is a controlled compound in 19 countries which include: Austria, Australia, Belgium, Canada, China, Cyprus, Czech Republic, Denmark, Estonia, Finland, Germany, Hungary, Ireland, Latvia, Lithuania, Poland, Sweden, the United Kingdom, and the United States. In March 2018, at its 61st regular session, the Commission on Narcotic Drugs (CND) decided to place carfentanil in Schedule I and Schedule IV of the Single Convention on Narcotic Drugs of 1961 based on a recommendation by the World Health Organization.

What is carfentanil Used For?

Carfentanil is used primarily as a tranquilizer in large animals. It is not intended for therapeutic use in humans, although it has been used widely in the scientific community as a radiotracer in positron emission tomography (PET) imaging studies in both humans and laboratory animals. In 2012, a team of researchers at the British chemical and biological defense laboratories at Porton Down found carfentanil and remifentanil in clothing from two British survivors of the 2002 Moscow theater hostage crisis and in the urine from a third survivor. The team concluded that the Russian military used an aerosol mist of carfentanil and remifentanil to subdue Chechen hostage-takers. However, the authors of a previous paper in the Annals of Emergency Medicine surmised from the available evidence that the Moscow emergency services had not been informed of the use of the agent.

Fentanyl vs Carfentanil: What is The Difference?

Carfentanil and fentanyl are far more potent than heroin and prescription opioids like Percocet. They are also cheaper to produce and almost undetectable when added to street drugs such as cocaine or heroin, even fake pills. The major difference between fentanyl and carfentanil is potency. Fentanyl is 50-100 times stronger than morphine and 2 mg of Carfentanil is lethal enough to cause overdose or sudden death. To complicate matters, carfentanil is 100 times stronger than fentanyl. Many people struggling with heroin addiction often take fentanyl accidentally, but the number of users who actively seek out fentanyl in their heroin has risen.

Many substances are discussed or sold illicitly under different drug street names. Some drugs share nicknames, as they share a chemical they represent. All of the most common drugs have many different street names so they can be referred to during normal conversations without raising eyebrows because most drugs of abuse are illegal, and people can face serious consequences if they are caught using the drugs or selling those drugs. By using slang and jargon, these users and dealers may have some protection from those who would arrest them or otherwise do them harm. Street names of Carfentanil include:

In Europe, the first reports of carfentanil seizures occurred in December 2012 in Latvia and it was reportedly linked to a spate of deaths among injecting drug users in the country the following year. High mortality rates related to fentanyl have continuously been reported in Estonia since the mid-2000s. Germany, Finland, and the United Kingdom reported individual outbreaks of fentanyl-related deaths in the early 2010s, but it is unknown whether carfentanil was present. There have been several media reports suggesting that carfentanil is being taken with heroin or by users who are taking heroin. Many Chinese firms advertise and sell carfentanil over the Internet, offering advice to customers in other countries on how to import the drug illegally. Despite repeated assurances by the Chinese government to crack down on this illicit business, the trade has continued to thrive. In June 2016 the Royal Canadian Mounted Police seized one kilogram of carfentanil shipped from China in a box labeled “printer accessories”. According to the Canada Border Services Agency, the shipment contained 50 million lethal doses of the drug, more than enough to wipe out the entire population of the country

There also have been several news articles in the United Kingdom, the United States, and other countries suggesting that craving for carfentanil experience has been implicated in overdoses and fatalities. In 2016, the Kentucky State Police reported carfentanil submissions from 10 Kentucky counties carfentanil overdose deaths have been identified in counties with reported carfentanil seizures. Laboratory testing of urine samples from drug users in British Columbia, Canada between January 10-24, 2017 detected the presence of carfentanil in 57 of 1766 samples. Positive results were detected in samples originating from treatment facilities in Vancouver, Surrey, New Westminster, Maple Ridge, and Richmond

In the case of non-pharmaceutical fentanyl, many deaths characterized by their suddenness have been caused by the use of heroin laced with fentanyl or one of its more potent derivatives like carfentanil .” In the United States, the DEA (2017) stated that: According to Centre for Disease Control data, 9,580 opioid overdose deaths in 2015 were caused by synthetic opioids other than methadone, which includes fentanyl and fentanyl‐related substances ‐ an increase of 72.2 percent over previous years. Other controlled substances identified with fentanyl this quarter included cocaine, tramadol, U-47700, ketamine, and other fentanyl-related compounds.