What Is Cocaine Usually Cut With? 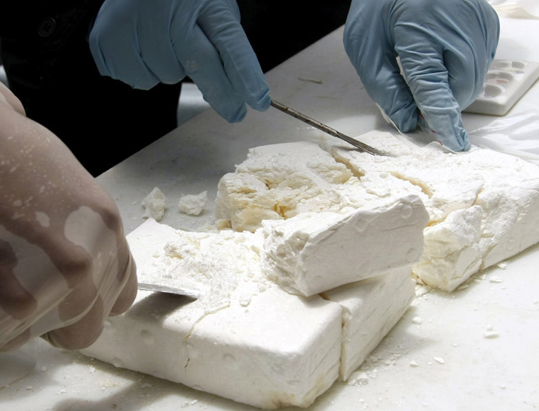 Cocaine is a highly addictive stimulant that directly affects the brain, it is one of the oldest known drugs. Cocaine acts by binding to the dopamine transporter, blocking the removal of dopamine from the synapse. Dopamine then accumulates in the synapse to produce an amplified signal to the receiving neurons. This is what causes the euphoria commonly experienced immediately after taking the drug.

The pure chemical, cocaine hydrochloride, has been an abused substance for more than 100 years, and coca leaves, the source of cocaine, have been ingested for thousands of years.

Pure cocaine was first extracted from the leaf of the Erythroxylon coca bush, which grows primarily in Peru and Bolivia, in the mid-19th century. In the early 1900s, it became the main stimulant drug used in most of the tonics/elixirs that were developed to treat a wide variety of illnesses. Today, cocaine is a Schedule II drug, meaning that it has high potential for abuse, but can be administered by a doctor for legitimate medical uses, such as a local anesthetic for some eye, ear, and throat surgeries.

Cocaine is generally sold on the street as a fine, white, crystalline powder, known as “coke,” “C,” “snow,” “flake,” or “blow.” Street dealers generally dilute it with such inert substances as cornstarch, talcum powder, and/or sugar, or with such active drugs as procaine (a chemically related local anesthetic) or with such other stimulants as amphetamines. Drug dealers have been known to cut cocaine with much more dangerous substances in an attempt to make the most profit. For example, it was discovered in 2005 that 2 percent of all the cocaine seized by the US Drug Enforcement Administration (DEA) was cut with levamisole, a cattle dewormer. This drug used to be used for humans infected with parasitic worms but was found to severely deplete white blood cells. By 2011, 73 percent of all the cocaine tested by the DEA contained levamisole.

A list of the chemicals, known as adulterants or cutting agents, used to dilute cocaine powder. Laboratory analysis was made on cocaine seized by police and customs officials in the UK.

Short-term health effects of cocaine include:

Some people find that cocaine helps them perform simple physical and mental tasks more quickly, although others experience the opposite effect. Large amounts of cocaine can lead to bizarre, unpredictable, and violent behavior.

Cocaine’s effects appear almost immediately and disappear within a few minutes to an hour. How long the effects last and how intense they are depend on the method of use. Injecting or smoking cocaine produces a quicker and stronger but shorter-lasting high than snorting. The high from snorting cocaine may last 15 to 30 minutes. The high from smoking may last 5 to 10 minutes.

What are the other health effects of cocaine use?

Other health effects of cocaine use include:

Some long-term health effects of cocaine depend on the method of use and include the following:

However, even people involved with non-needle cocaine use place themselves at a risk for HIV because cocaine impairs judgment, which can lead to risky sexual behavior with infected partners (see “Cocaine, HIV, and Hepatitis” textbox).

How Long Does Crack Cocaine Stay in Your System

Did Coke Saturday Drug Test Tuesday
what is cocaine cut with
September 15, 2021 Family & Community HealthadminComments Off on What Is Cocaine Usually Cut With?