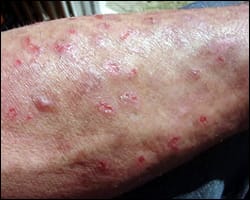 Methamphetamine, also known as meth is a potent central nervous system stimulant that is mainly used as a recreational drug. Crystal methamphetamine is a form of the drug that looks like glass fragments or shiny, bluish-white rocks. It is chemically similar to amphetamine, a drug used to treat attention-deficit hyperactivity disorder (ADHD), and narcolepsy, a sleep disorder.

What Are Meth Sores?

Meth sores are blisters, bumps, lesions, or ulcers that occur on the body of people who regularly use methamphetamine. These open wounds appear differently depending on their cause, whether due to picking or a burn from the hot pipe used to smoke meth. Meth sores look like mosquito bites, acne breakouts, pus-filled sores, and burns on or around the lips. 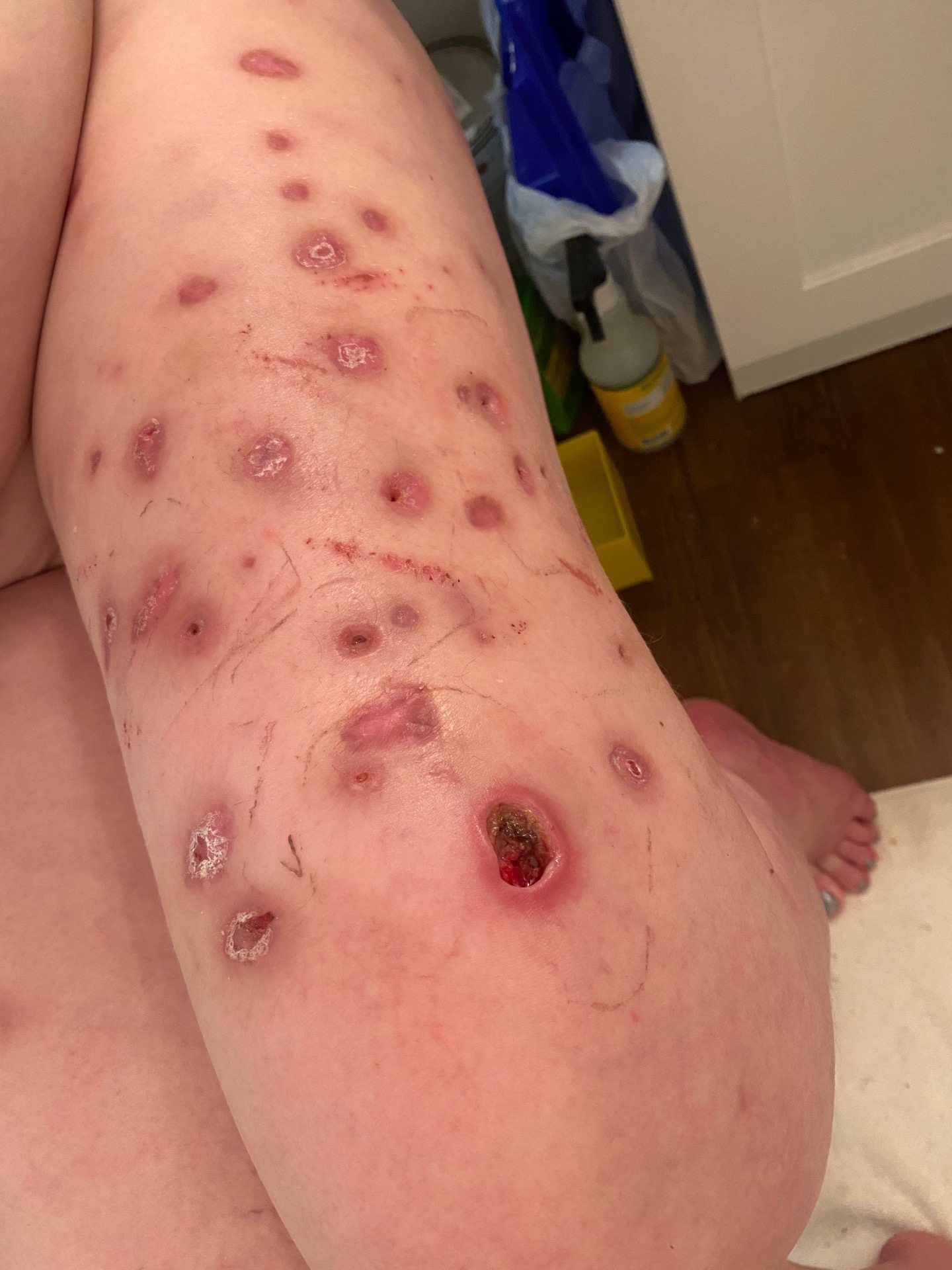 According to The Meth Project, meth sores occur due to:

Declining personal hygiene: People on meth also are less motivated to maintain personal hygiene routines, which increases acne breakouts, skin dryness, and infection. This can be a common sign of drug abuse in general.

Reduced blood flow to the skin: Meth restricts blood flow, which, in combination with other factors, such as worsening hygiene and toxins that are released through pores, can result in acne breakouts.

Meth that’s released in sweat: Meth is water-soluble, which means it can be sweated out through one’s pores. This can cause skin irritation and sores on the face that appear red and bumpy like acne.

Burns from paraphernalia: Meth sores can form as a result of how the drug is used, such as burns on or around the mouth from a hot pipe.

Excessive picking from meth mites or meth bugs: Meth psychosis is a possible side effect of meth usage. Meth psychosis is a mental disorder that affects a person’s thoughts and emotions. It can lead to meth hallucinations, where the user can feel and sometimes see “meth bugs” or “meth mites” crawling on or underneath the skin. This can lead to scratching, which can both form new sores on otherwise clear skin or open existing sores which can lead to infection.

Infections: As stated above, infections can occur from a variety of meth-related causes, including excessive scratching and a weakened immune system.

How To Get Rid Of Meth Sores

Research also continues toward the development of medicines and other new treatments for methamphetamine use, including vaccines, and noninvasive stimulation of the brain using magnetic fields. People can and do recover from methamphetamine addiction if they have ready access to effective treatments that address the multitude of medical and personal problems resulting from long-term use. Read: How to Get Meth Out of Your System

What Causes Sores In The Nose?
Meth Sores
December 14, 2021 Family & Community HealthPublic HealthComments Off on What Do Meth Sores Look Like?