Methamphetamine popularly known as Meth, Methamphetamine is a potent central nervous system stimulant that is mainly used as a recreational drug and less commonly as a second-line treatment for attention deficit hyperactivity disorder and obesity. It is a highly addictive drug that can cause an intense burst of euphoria while making a person feel more energized, focused, and awake. The rush of pleasure caused by meth use is caused by a flood of dopamine in the brain. Dopamine is a neurotransmitter, which is one of the brain’s chemical messengers, that is involved with emotional regulation and the reward pathway. High levels of dopamine make a person feel good. Meth also interacts with the central nervous system, raising heart rate, blood pressure, respiration, and body temperature.

Meth interferes with decision-making and clear thinking abilities, which can lead to lowered inhibitions and more risk-taking behaviors. Aggression and violent outbursts are also potential side effects of meth abuse. Paranoia, hallucinations, and psychosis may occur with chronic meth use as well.

Meth is considered to be very addictive, the Drug Enforcement Administration (DEA) warns. The National Survey on Drug Use and Health (NSDUH) reports that in 2016, approximately 684,000 adults in the United States battled meth addiction while 667,000 adults were considered to be current users of meth. 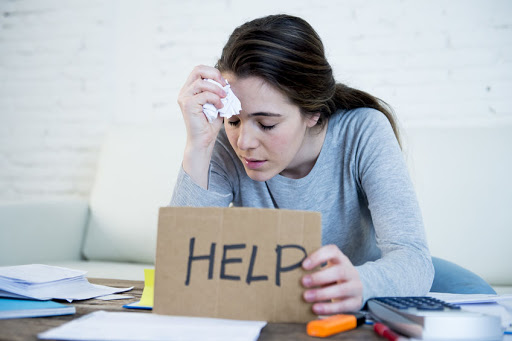 What is the Meth Comedown?

Meth makes changes in the brain that are related to the way a person thinks, feels, and acts. These changes become more pronounced with repeated use. This means that the more often someone uses meth, the more the brain and its chemical makeup will be altered. Individuals can then become physically dependent on meth, and the brain and body will feel like meth is necessary to keep feeling balanced.

How Long Does A Meth Comedown Last?

Meth affects the brain differently than other substances, even differently from some other stimulants like cocaine. According to the National Institute on Drug Abuse, meth has a longer duration of action than cocaine does, causing it to remain in the body for a long period of time, unaltered. The drug also causes higher levels of dopamine in the brain than cocaine does, and according to animal tests, blocks dopamine’s reuptake in the brain, which can become toxic for the brain. The drug is also manmade, similar to amphetamine, but it is much more potent. Similar to a hangover from drinking alcohol, the symptoms from a meth comedown will typically last between four to 24 hours, and a lot of the experience can depend on how you manage the symptoms.

Methamphetamine causes short-term effects like increased blood pressure, body temperature, and heart rate as well as wakefulness, decreased appetite, and increased physical activity (NIDA). All of these effects are part of the reason why a person feels extremely excited, euphoric, and alive while on meth. The drug can also cause delusions of grandeur and a belief in one’s invulnerability. Between these feelings and the way meth abuse changes one’s brain chemistry, is it any wonder why those who take methamphetamine for the first time can’t wait to take it again?

Another reason people start to experience a desire to continue using the drug is because of the comedown effects of meth. Meth comedown can happen even if a person hasn’t become dependent on the drug totally. This is because the drug causes such intense, pleasurable effects, and when it wears off, it can make a person feel empty. Over time, as the individual uses meth more and more, the empty feelings associated with the comedown period become more and more intense. This is how long-term use can lead to dependence (NIDA).

According to a 2011 study published in the medical journal Addiction, those who have been abusing meth for a prolonged period of time can experience severe withdrawal symptoms, some of which are associated with depressive and psychotic states. These can include

These symptoms can be dangerous to the user as well as to those around them. In addition, they severely oppose the symptoms associated with meth high, meaning that most users will do anything to keep feeling good when taking meth and to avoid the symptoms of withdrawal.

How to Provide Meth Comedown Help

If you’re worried about a friend who you think may be addicted to drugs, it’s good to know what to look for. The good news is that you can help them more than you may think, but professional help may be necessary to tackle something as serious as addiction. Some tips for recovering from a meth comedown include the following:

Eat healthy and nutritious meals, and drink plenty of water

Meth high can suppress a person’s appetite and lead to unhealthy weight loss, dehydration, and therefore depletion of essential vitamins and minerals in the body. Replacing these nutrients through a well-balanced diet, including lots of water, can give the body the proper fuel it needs to recover. Vitamin supplements, as recommended by a healthcare professional, can be beneficial for this as well.

Meth high interferes with sleep patterns, and sticking to a structured sleeping and waking schedule can help to regulate this. When a person is well-rested, it is easier to think clearly, have more willpower, and function better.

Exercise can help with sleep and appetite as well as offer a positive release for stress and anxiety. Healthy exercise can produce natural endorphins that can replenish some of the brain chemistry disrupted by meth abuse. Keeping the mind occupied through a hobby or creative outlet can be beneficial as well. Things like playing music, drawing, painting, sculpting, writing, or dancing can relieve stress and provide an activity that can take the mind off meth and the comedown associated with it.

Consider Self Help Meeting and Groups

Attending support group meetings and asking for help when needed is another way to overcome meth dependence. Self-help groups such as Crystal Meth Anonymous (CMA) can provide peer support and encouragement as well as tools for relapse prevention and staying sober long-term. It is good to talk to others and reach out when feeling low; talking with friends and family members can help as well. Surround yourself with a healthy support network that is committed to recovery and sobriety.

The potential for psychotic and unpredictable behaviors during a meth high and/or crash can make a controlled and secure environment, such as one offered through a medical detox program, ideal. Medical detox facilities offer supervision and support around the clock as meth processes safely out of the body. There are no specific medications for meth addiction, but mood stabilizers and other pharmaceutical tools may be beneficial for certain symptoms of meth withdrawal. Supportive care, as well as therapeutic methods, can help with relapse prevention as well.

Meth addiction is ideally treated through a specialized program that includes behavioral therapies, group and individual counseling, pharmacological tools, relapse prevention education, and concurrent treatment for any medical and/or mental health concerns. NIDA publishes that a treatment program should be at least 90 days to support sustained recovery. ALSO SEE: 7 Severe Meth Withdrawal Symptoms That Can Kill