What Are The Symptoms of STD 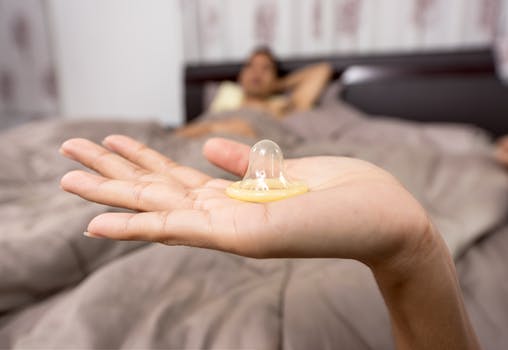 More than 30 different bacteria, viruses and parasites are known to be transmitted through sexual contact. Eight of these pathogens are linked to the greatest incidence of sexually transmitted disease. Of these 8 infections, 4 are currently curable: syphilis, gonorrhoea, chlamydia and trichomoniasis. The other 4 are viral infections which are incurable: hepatitis B, herpes simplex virus (HSV or herpes), HIV, and human papillomavirus (HPV). Symptoms or disease due to the incurable viral infections can be reduced or modified through treatment.

A person can have an STI without having obvious symptoms of disease. Common symptoms of STIs include vaginal discharge, urethral discharge or burning in men, genital ulcers, and abdominal pain.

What are the Common  Signs and Symptoms of  STD (VD)

Can I have STD without Having SEX

Yes there are several VD disease that can be transmitted without sex they include :

Scope of the STD Problem

STIs have a profound impact on sexual and reproductive health worldwide.More than 1 million STIs are acquired every day. In 2016, WHO estimated 376 million new infections with 1 of 4 STIs: chlamydia (127 million), gonorrhoea (87 million), syphilis (6.3 million) and trichomoniasis (156 million). More than 500 million people are living with genital HSV (herpes) infection and an estimated 300 million women have an HPV infection, the primary cause of cervical cancer. An estimated 240 million people are living with chronic hepatitis B globally. Both HPV and hepatitis B infections are preventable with vaccination.

STIs can have serious consequences beyond the immediate impact of the infection itself.

Counselling and behavioural interventions offer primary prevention against STIs (including HIV), as well as against unintended pregnancies. These include:

In addition, counselling can improve people’s ability to recognize the symptoms of STIs and increase the likelihood they will seek care or encourage a sexual partner to do so. Unfortunately, lack of public awareness, lack of training of health workers, and long-standing, widespread stigma around STIs remain barriers to greater and more effective use of these interventions.

When used correctly and consistently, condoms offer one of the most effective methods of protection against STIs, including HIV. Female condoms are effective and safe,but are not used as widely by national programmes as male condoms.

Accurate diagnostic tests for STIs are widely used in high-income countries. These are especially useful for the diagnosis of asymptomatic infections. However, in low- and middle-income countries, diagnostic tests are largely unavailable. Where testing is available, it is often expensive and geographically inaccessible; and patients often need to wait a long time (or need to return) to receive results. As a result, follow up can be impeded and care or treatment can be incomplete.

The only inexpensive, rapid tests currently available for STIs are for syphilis and HIV. The rapid syphilis test is already in use in some resource-limited settings. A rapid dual HIV/syphilis test is not available whereby a person can be tested for HIV and syphilis from a single finger-stick and using a single testing cartridge. These tests are accurate, can provide results in 15 to 20 minutes, and are easy to use with minimal training. Rapid syphilis tests have been shown to increase the number of pregnant women tested for syphilis. However, increased efforts are still needed in most low- and middle-income countries to ensure that all pregnant women receive a syphilis test.

Several rapid tests for other STIs are under development and have the potential to improve STI diagnosis and treatment, especially in resource-limited settings.

Vaccines and other biomedical interventions

Safe and highly effective vaccines are available for 2 STIs: hepatitis B and HPV. These vaccines have represented major advances in STI prevention. The vaccine against hepatitis B is included in infant immunization programmes in 95% of countries and prevents millions of deaths from chronic liver disease and cancer annually.

As of October 2018, the HPV vaccine is available as part of routine immunization programmes in 85 countries, most of them high- and middle-income. HPV vaccination could prevent the deaths of millions of women over the next decade in low- and middle-income countries, where most cases of cervical cancer occur, if high (>80%) vaccination coverage of young women (ages 11-15) can be achieved.

Research to develop vaccines against herpes and HIV is advanced, with several vaccine candidates in early clinical development. Research into vaccines for chlamydia, gonorrhoea, syphilis and trichomoniasis is in earlier stages of development.

Other biomedical interventions to prevent some STIs include adult male circumcision and microbicides.

Syphilis: Symptoms of the 4 Stages & Risk Factors
What Are The Symptoms of STD
November 2, 2019 Sexual HealthDr OtorkpaLeave a comment