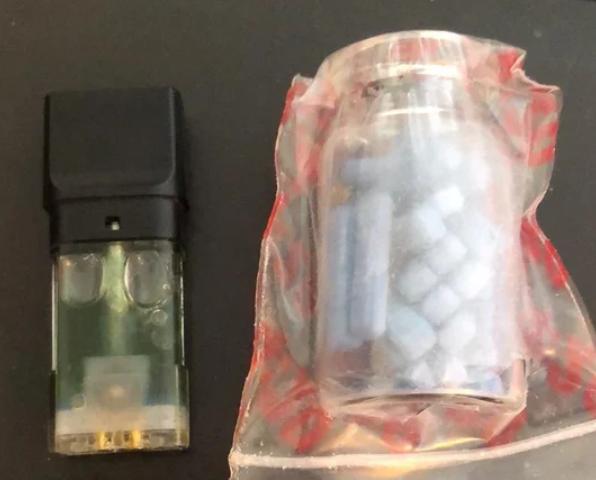 Vaping involves inhaling of a vapor created by an electronic cigarette (e-cigarette) or other vaping devices. The liquid is heated into a vapor, which the person inhales. Vaping coats lungs with potentially harmful chemicals. E-liquid concoctions usually include some mix of flavorings, aromatic additives, and nicotine or THC (the chemical in marijuana that causes psychological effects), dissolved in an oily liquid base.

Recently, the practice of vaping has spread to the use of prescription medicine especially opioids. The vaping of high-dose Xanax (Alprazolam) is a trend that is beginning to gain momentum, especially among young people. Xanax is a prescription medicine used to treat the symptoms of anxiety, panic disorder, and anxiety associated with depression. This practice could be deadly and pose serious health risks because of the effect of the unknown compounds that could be produced as a result of heating Xanax in a vaping device.

The danger of overdose arising from vaping fentanyl from fake Xanax pills is also another major concern that must be taken into consideration. According to a new report, more than 87,000 Americans died from drug overdoses in the 12-month period ending last September — the highest annual death toll recorded since the opioid crisis started in the late 1990s, according to preliminary CDC data released April 14.

The U.S. reported 87,203 fatal overdoses from October 2019 through September 2020 — the most recent data available — marking a 29 percent jump from the year prior.

Fatal overdoses saw the largest jump in May and April 2020 when the nation’s strictest lockdown measures were in place, and many Americans grappled with job losses and other financial hardship, according to the Times.

Black Americans are also dying of opioid overdoses at a disproportionately higher rate, according to Nora Volkow, MD, director of the National Institute of Drug Abuse.

Other common substances found in e-liquid or produced when it’s heated up may also pose a risk to the lungs. These include:

Diacetyl: This food additive, used to deepen e-cigarette flavors, is known to damage small passageways in the lungs.

Formaldehyde: This toxic chemical can cause lung disease and contribute to heart disease.

Acrolein: Most often used as a weed killer, this chemical can also damage the lungs.

Vaping helps people stop smoking: The U.S. Food and Drug Administration has not found vaping to be safe and effective in helping smokers quit. One study found that vaping was more effective than other nicotine replacement therapies (like nicotine patches) in helping people quit cigarettes. However, most people kept vaping after they stopped using cigarettes, so they were still getting nicotine and other dangerous chemicals. The study also noted that vaping may make teens more likely to start smoking.

Vaping is safer than smoking: Cigarettes contain poisons, toxic metals, and carcinogens that enter the body with every puff. Vapers also breathe in dangerous chemicals, such as acetone, which is used as a solvent. Acetone may irritate the skin and eyes when you come into contact with it. Other chemicals in vapes may cause cancer over time.

Vaping doesn’t create second-hand smoke: Breathing in second-hand smoke is a health risk for people who are around cigarette smokers, including vapers. In addition, third-hand smoke on clothes and furniture is smelly and can be dangerous for people with respiratory conditions. Vaping doesn’t produce the same smelly fumes as cigarettes, but the secondhand vapor contains chemicals and compounds that pollute the indoor air. Even though you may not smell it, third-hand particulates cling to surfaces and dust and can be breathed deep into the lungs or absorbed through the skin.

It’s easy to quit vaping: One vape pod delivers as much addictive nicotine as 20 cigarettes, vaping one bar of B707 Xanax can be a one-way ticket to the grave. Vaping trains the brain to expect more addictive substances and creates the desire to vape even more. The teen brain is especially susceptible to the effects of addictive substances. That makes it harder to stop vaping and also increases the chance that teens will go on to become smokers, too. See: Can You Smoke RSO Oil?

Is Flavoured Hookah (Shisha) Harmful to Your Body?

Does E-cigarettes Help Smokers Stay Off Cigarettes?
Vaping Xanax
April 27, 2021 Family & Community HealthPublic HealthComments Off on What Are The Health Effects Of Vaping Xanax Pills?