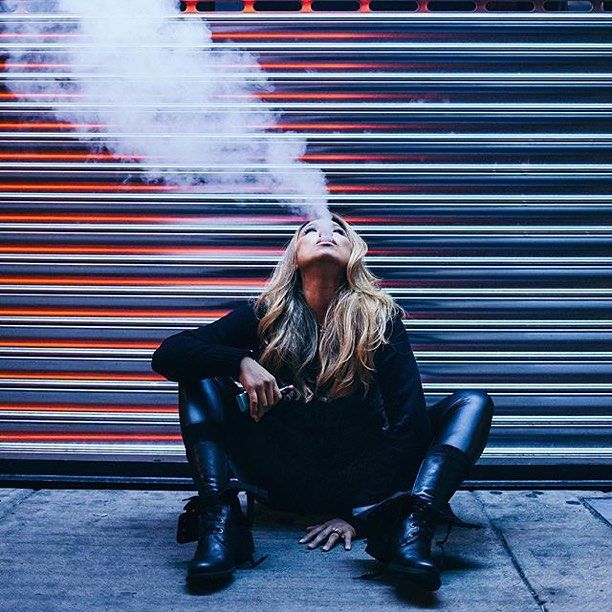 Vaping is the inhaling of a vapor created by an electronic cigarette (e-cigarette) or other vaping devices. E-cigarettes are battery-powered smoking devices. They have cartridges filled with a liquid that usually contains nicotine, flavorings, and chemicals. The liquid is heated into a vapor, which the person inhales. That’s why using e-cigarettes is called “vaping.” 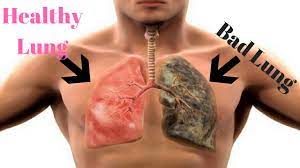 Yes, it is. Studies suggest that vaping may have negative effects on the lungs, but more research is needed. In particular, a 2015 study examined the effects of flavored e-juices on both human lung cells and lung cells in mice. The researchers reported a number of adverse effects on both types of cells, including toxicity, oxidation, and inflammation. However, these results aren’t necessarily generalizable to vaping in real life.

However, this study had a small sample size, which means the results may not apply to everyone.

The same 2018 report from the NAP found that there’s some evidence that e-cigarette exposure has adverse effects on the respiratory system, but that additional studies are required to understand the extent to which vaping contributes to respiratory diseases.

Finally, lung health effects are not expected to be seen for 20 to 30 years. This is why it took as long as it did for the negative health effects of cigarettes to be widely recognized. The full magnitude of effects of toxic e-cigarette ingredients may not be known for another 3 decades. Other common substances found in e-liquid or produced when it’s heated up may also pose a risk to the lungs. These include:

Diacetyl: This food additive, used to deepen e-cigarette flavors, is known to damage small passageways in the lungs.

Formaldehyde: This toxic chemical can cause lung disease and contribute to heart disease.

Acrolein: Most often used as a weed killer, this chemical can also damage the lungs.

Vaping helps people stop smoking: The U.S. Food and Drug Administration has not found vaping to be safe and effective in helping smokers quit. One study found that vaping was more effective than other nicotine replacement therapies (like nicotine patches) in helping people quit cigarettes. However, most people kept vaping after they stopped using cigarettes, so they were still getting nicotine and other dangerous chemicals. The study also noted that vaping may make teens more likely to start smoking.

Vaping is safer than smoking: Cigarettes contain poisons, toxic metals, and carcinogens that enter the body with every puff. Vapers also breathe in dangerous chemicals, such as acetone, which is used as a solvent. Acetone may irritate the skin and eyes when you come into contact with it. Other chemicals in vapes may cause cancer over time.

Vaping doesn’t create second-hand smoke: Breathing in second-hand smoke is a health risk for people who are around cigarette smokers, including vapers. In addition, third-hand smoke on clothes and furniture is smelly and can be dangerous for people with respiratory conditions. Vaping doesn’t produce the same smelly fumes as cigarettes, but the secondhand vapor contains chemicals and compounds that pollute the indoor air. Even though you may not smell it, third-hand particulates cling to surfaces and dust and can be breathed deep into the lungs or absorbed through the skin.

It’s easy to quit vaping: One vape pod delivers as much addictive nicotine as 20 cigarettes, vaping one bar of B707 Xanax can be a one-way ticket to the grave. Vaping trains the brain to expect more addictive substances and creates the desire to vape even more. The teen brain is especially susceptible to the effects of addictive substances. That makes it harder to stop vaping and also increases the chance that teens will go on to become smokers, too.

Is Luto Vape Safe to Use?