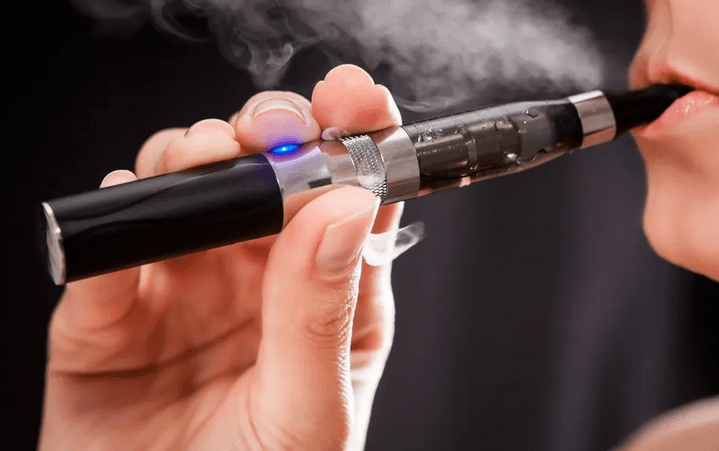 The United States Centers for Disease Control and Prevention have suggested that smokers who are unable to quit smoking may benefit by switching from smoking cigarettes to vaping e-cigarettes if they switch completely and are able to avoid relapsing to cigarette smoking.

However, there have been few studies on whether smokers are able to transition to e-cigarettes — battery-operated devices that heat a liquid made of nicotine, flavorings and other chemicals to make an aerosol that users inhale into their lungs — without relapsing back to cigarette smoking.

Published in the Oct. 19, 2021 online issue of JAMA Network Open, an analysis by the Herbert Wertheim School of Public Health and Human Longevity Science at University of California San Diego and UC San Diego Moores Cancer Center reports that e-cigarette use — even on a daily basis — did not help smokers successfully stay off cigarettes.

“Our findings suggests that individuals who quit smoking and switched to e-cigarettes or other tobacco products actually increased their risk of a relapse back to smoking over the next year by 8.5 percentage points compared to those who quit using all tobacco products,” said first author John P. Pierce, Ph.D., Distinguished Professor at the Herbert Wertheim School of Public Health and UC San Diego Moores Cancer Center.

“Quitting is the most important thing a smoker can do to improve their health, but the evidence indicates that switching to e-cigarettes made it less likely, not more likely, to stay off of cigarettes.”

Researchers used data from the nationally representative Population Assessment of Tobacco and Health (PATH) longitudinal study, undertaken by the National Institute on Drug Abuse (NIDA) and the FDA Center for Tobacco Products under contract with Westat. The team identified 13,604 smokers between in 2013 and 2015 who were followed over two sequential annual surveys to explore changes in use of 12 tobacco products.

Recent former smokers who switched to e-cigarettes were more likely to be non-Hispanic white, have higher incomes, have higher tobacco dependence scores and view e-cigarettes as less harmful than traditional cigarettes.

“Our goal in this study was to assess whether recent former smokers who had switched to e-cigarettes or another tobacco product were less likely to relapse to cigarette smoking compared to those who remained tobacco free,” said senior author Karen Messer, Ph.D., professor and chief of the Division of Biostatistics at the Herbert Wertheim School of Public Health.

While individuals who switched were more likely to relapse to smoking, they were also more likely to attempt to quit again and be off cigarettes for at least three months at the second follow up. A further follow-up survey is needed to identify whether this is evidence of a pattern of chronic quitting and relapsing to cigarette smoking, or whether it is part of progress toward successful quitting, said the researchers.

This research was funded, in part, by the National Institutes of Health (1R01CA234539) and the Tobacco-Related Disease Research Program of the University of California Office of the President (28IR-0066).