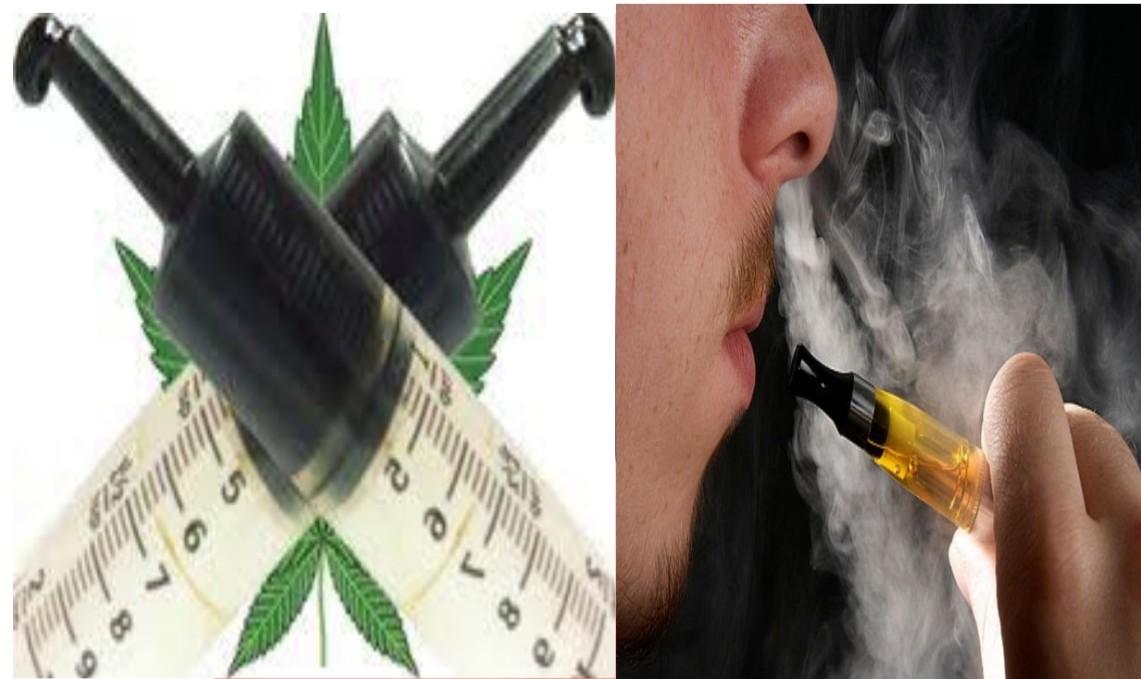 In 2003, Rick Simpson created a cannabis oil after three suspicious bumps on his arm turned out to be basal cell carcinoma, a form of skin cancer. Simpson had used cannabis to treat medical issues in the past, so he made a cannabis oil to treat his skin cancer topically, applying it to a bandage and covering the cancerous spots.

Within days, the cancerous growths disappeared. Although his physician refused to acknowledge cannabis as a treatment alternative, Simpson became a true believer in the medicinal powers of cannabis and spread the word of his cannabis oil, later called RSO after him.

Rick Simpson Oil, or RSO, is a cannabis concentrate used for many different medical benefits, including relieving cancer symptoms. It has a thick, syrupy consistency and can be applied as a topical or ingested in food or drinks. RSO differs from a lot of other cannabis oils because it contains higher levels of tetrahydrocannabinol (THC).

Cannabis plants produce thousands of compounds but the most well recognized belong to a class called cannabinoids. There are several cannabinoids but the most well-known among consumers  is THC (tetrahydrocannabinol). THC is the primary psychoactive compound in marijuana and it is what people are searching for when they want a product that gives them a “high.

RSO oil, and especially illegal RSO oil, poses unique risks. Some of these include:

Safety. There are few studies available documenting the risks of RSO oil. As a result, we don’t know for sure whether it’s actually safe to use, and if so, how often and at what dose.

Potency. RSO oil is four to five times more potent than regular marijuana. As a result, it may be more likely to cause a strong high and undesirable side effects, especially among first-time users.

Tolerance. Since RSO oil like Hash Oil  contains so much THC, it could increase your tolerance to regular marijuana.

Burn risk. Dabbing involves the use of a small blowtorch. Using a blowtorch, especially when you are high, could result in burns.

Chemical impurities. Illegal RSO oil is unregulated, and may contain dangerous levels of butane or other chemicals.

Lung injuries. A 2019 case study suggested a potential link between the use of a dabbing apparatus and lung symptoms similar to those of pneumonia.

Smoking RSO oil comes with similar risk  with smoking weed because  the side effects of RSO oil are similar to those associated with marijuana. However, since RSO oil is more potent than marijuana plant products, the side effects may be more severe.

Short-term side effects may include:

More research is needed to understand both the short- and long-term side effects of RSO oil use.

The latest on sudden lung illness

For updates on the latest information from the Centers for Disease Control and Prevention (CDC) on sudden injuries and illness related to the use of vaping products and e-cigarettes, go here.

While the exact cause of these illnesses and deaths is unknown as of October 2019, the CDC reported:

“The latest national and state findings suggest products containing THC, particularly those obtained off the street or from other informal sources (e.g. friends, family members, illicit dealers), are linked to most of the cases and play a major role in the outbreak.”

In general, smoking leads to disease and disability and harms nearly every organ of the body. More than 16 million Americans are living with a disease caused by smoking. For every person who dies because of smoking, at least 30 people live with a serious smoking-related illness. Smoking causes cancer, heart disease, stroke, lung diseases, diabetes, and chronic obstructive pulmonary disease (COPD), which includes emphysema and chronic bronchitis. Smoking also increases risk for tuberculosis, certain eye diseases, and problems of the immune system, including rheumatoid arthritis.

Can You Smoke Weed While Pregnant?
smoking RSO
June 2, 2022 Family & Community HealthPublic HealthComments Off on Can You Smoke RSO Oil?