What Are The Health Benefits Of Irish Moss? 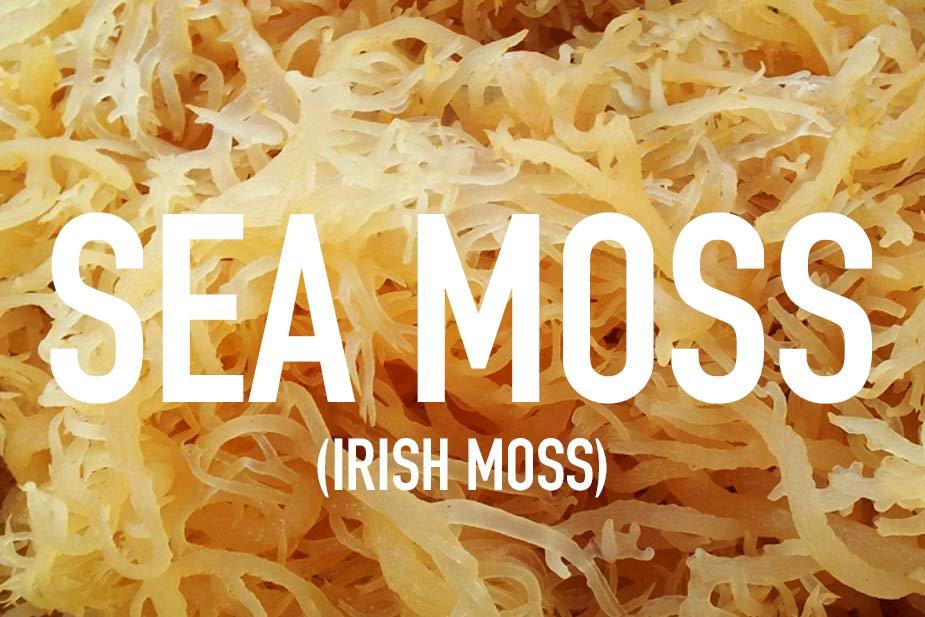 Irish Moss is a commonly gathered seaweed or red algae. The Latin name of Irish Moss is Chondrus Crispus. This reddish-purple Moss is found in the Atlantic Ocean coastline, Ireland, and the United Kingdom. Irish Moss is so nutrient-dense that it was used as “poverty food” during the famous Irish Potato Famine of 1846 – 1848. It is thought that this contributed to its fall from favor after the famine – so strongly was it associated with hardship that it was largely ignored for a good many years to come.

The thyroid gland is a butterfly-shaped gland found inside your neck, right under your larynx or voice box. A two-inch-long, brownish red, highly vascular gland, it has two lobes located on each side of the windpipe that are both connected by a tissue called the isthmus. A normal thyroid gland weighs somewhere between 20 and 60 grams. The thyroid produces thyroid hormone, which regulates body temperature, metabolism, and heart rate, among many other vital functions in the body. Imbalances occur when the thyroid produces too little or too much hormone, resulting in unpleasant symptoms and an increased risk of other health complications. Irish Moss is also extremely high in the trace element iodine – the thyroid gland contains the highest concentration of iodine than any other organ in the body. One of the most important benefits of this sea moss is its ability to help balance thyroid hormones. Irish Moss also contains the vital thyroid hormone precursor DI-Iodothyronine (DIT), and the thyroid hormones Thyroxin (T4) and Tri-iodothyronine (T3). If the thyroid doesn’t produce these hormones as it should, this can have a detrimental effect on metabolism and many other bodily systems. But by consuming the Irish moss, your body will get the needed iodine and other nutrients necessary for thyroid gland function.

Irish Moss is a Rich Source of Anti Oxidants

Antioxidants are compounds produced in your body and found in foods. They help defend your cells from damage caused by potentially harmful molecules known as free radicals. When free radicals accumulate, they may cause a state known as oxidative stress. Irish moss is a rich source of vitamins and minerals which can act as antioxidants. These include selenium, iodine, vitamin K a group of fat-soluble vitamins that play a role in blood clotting, bone metabolism, and regulating blood calcium levels. The body needs vitamin K to produce prothrombin, a protein, and clotting factor that is important in blood clotting and bone metabolism. Vitamin A plays a vital role in the formation and maintenance of teeth, bones, soft tissue, white blood cells, the immune system, and mucus membranes. Irish moss also contains vitamin E which prevents coronary heart disease, supports immune function, prevents inflammation, promotes eye health, and lowers the risk of cancer and many others.

Irish moss Boost is a good source of potassium chloride. Potassium chloride is used to prevent or treat low blood levels of potassium (hypokalemia). Potassium levels can be low as a result of a disease or from taking certain medicines, or after a prolonged illness with diarrhea or vomiting. This sea moss dissolves catarrh, phlegm and soothes inflammation of the mucus membranes to prevent congestion, helping to clear out the lungs of any phlegm that builds up with a common cold. Because of these expectorant qualities, Irish moss may help to prevent a common cold from turning into pneumonia and can treat other respiratory conditions such as bronchitis. Irish Moss also has powerful antiviral properties, helping to prevent or treat a myriad of disorders such as flu, sore throats, chesty coughs, and much more.

Cardiovascular health relates to the circulatory system, which comprises the heart and blood vessels and carries nutrients and oxygen to the tissues of the body, and removes carbon dioxide and other wastes from them. Irish moss help in the reduction of the level of LDL (low-density lipoprotein), sometimes called “bad” cholesterol, which makes up most of your body’s cholesterol. High levels of LDL cholesterol raise your risk for heart disease and stroke. A study on the in vitro antioxidative activity of moss extract, and effect of moss on serum lipid level of mice fed with a high-fat diet published in the journal of pharmaceutical research concluded that Moss can potentially be used as an antioxidative ingredient, for the improvement of overall human health, suggesting that important medical benefits are associated with moss consumption.

A healthy weight is defined as the appropriate body weight in relation to height. Body Mass Index (BMI) is calculated from your height and weight and is a useful measure of overweight and obesity. People who are overweight (BMI of 25 to 29.9) have too much bodyweight for their height. The rich iodine content of Irish Moss can boost metabolism which in turn will increase energy and can help to accelerate weight loss. In addition, the plant can also reduce appetite and desire for excessive food consumption due to its ability to absorb moisture, increasing its volume and filling the intestinal tract with a bulking type material, thus increasing the feeling of fullness. Its gentle laxative effect can promote the elimination process of waste through the gastrointestinal tract. SEE: How Long Does Sea Moss Gel Last

Skincare is the range of practices that support skin integrity, enhance its appearance, and relieve skin conditions. They can include nutrition, avoidance of excessive sun exposure, and appropriate use of emollients. Irish moss is one of the major ingredients used by top-line cosmetics manufactures because of the major skin and hair health benefits of Irish moss. The algae hydrate and nourish the skin by unleashing its sea of nutrients, thus making your skin healthier and softer. It also prevents many kinds of skin problems such as varicose veins, inflammation on the skin, and many others. Irish moss is used in the treatment of various skin problems such as psoriasis, rashes, eczema, and sunburn.

Irish sea moss is loaded with potassium, an important mineral that functions as an electrolyte. It helps regulate fluid balance, nerve signals, and muscle contractions. The cells of the body cannot function without potassium, though strangely our bodies do not have a mechanism to conserve potassium. Irish sea moss can significantly improve behavior and mental wellbeing especially for children with Attention-Deficit/Hyperactivity Disorder, (ADD). New evidence indicates that sea moss has a neuroprotective effect, shielding the brain from the accumulation of a protein called α-synulein that is linked to neurodegeneration and the development of Parkinson’s disease. Irish moss is also an excellent source of a range of B vitamins, which are well known for supporting the nervous system and reducing stress. See: Amazing Health Benefits of Unripe Plantain