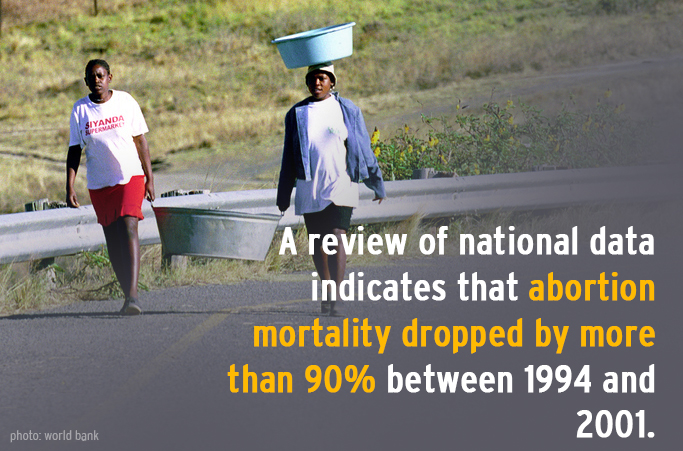 According to the World Health Organization, Every individual has the right to decide freely and responsibly – without discrimination, coercion and violence – the number, spacing and timing of their children, and to have the information and means to do so, and the right to attain the highest standard of sexual and reproductive health (ICPD 1994).

Access to legal, safe and comprehensive abortion care, including post-abortion care, is essential for the attainment of the highest possible level of sexual and reproductive health.

Three out of ten of all pregnancies end in induced abortion. Nearly half of all abortions are unsafe, and almost all of these unsafe abortions take place in developing countries. Access to safe abortion protects women’s and girls’ health and human rights

When women with unwanted pregnancies do not have access to safe abortion, they often resort to unsafe abortion. An abortion is unsafe when it is carried out either by a person lacking the necessary skills or in an environment that does not conform to minimal medical standards, or both. Characteristics of an unsafe abortion touch upon inappropriate circumstances before, during or after an abortion.

Unsafe abortion can lead to immediate health risks – including death – as well as long-term complications, affecting women’s physical and mental health and well-being throughout her life-course. It also has financial implications for women and communities.

Unsafe abortion procedures may involve the insertion of an object or substance (root, twig, or catheter or traditional concoction) into the uterus; dilatation and curettage performed incorrectly by an unskilled provider; ingestion of harmful substances; and application of external force.

Each year, almost half of all pregnancies – 121 million – are unintended, and six out of ten unintended pregnancies end in induced abortion. When an unsafe abortion is carried out to terminate a pregnancy, there can be devastating and long-term physiological, financial, and emotional costs to the woman and her family, as well as to her community at large.

A negative impact on women’s health and well-being

Physical complications of unsafe abortion include hemorrhage (heavy bleeding), infection, sepsis, peritonitis, and trauma to the cervix, vagina, uterus, and abdominal organs. One in four women who undergo an unsafe abortion is likely to develop temporary or lifelong disability requiring medical care.

A cause for maternal deaths

Between 4.7% and 13.2% of all maternal deaths can be attributed to unsafe abortion. Mortality from unsafe abortion is much higher in developing regions, and in particular, disproportionately affects women in Africa.

A financial burden for women, communities and health systems

The financial cost for treating complications of unsafe abortion is substantial. Estimates from 2006 show that, in developing countries, the yearly cost for health systems include:

Unsafe abortion can also lead to short- and long-term financial costs for women and ultimately entire families and communities.

What are the barriers to accessing safe abortion?

Costs, legislation and stigma can hinder access to safe abortion

Barriers to accessing safe abortion include:

Restricting access to abortion does not reduce the number of abortions

Legal restrictions, as well as social and cultural beliefs linked to abortion, can make women reluctant to seek timely medical care in case of abortion-related complications, which further puts women’s health and well-being at risk.