Abortions are safe when they are carried out with a method that is recommended by WHO and that is appropriate to the pregnancy duration, and when the person carrying out the abortion has the necessary skills. Such abortions can be done using tablets (medical abortion) or a simple outpatient procedure. When women with unwanted pregnancies do not have access to safe abortion, they often resort to unsafe abortion. An abortion is unsafe when it is carried out either by a person lacking the necessary skills or in an environment that does not conform to minimal medical standards, or both. Characteristics of an unsafe abortion touch upon inappropriate circumstances before, during or after an abortion.

Unsafe abortion can lead to immediate health risks including death as well as long-term complications, affecting women’s physical and mental health and well-being throughout her life-course. It also has financial implications for women and communities. Unsafe abortion procedures may involve the insertion of an object or substance (root, twig, or catheter or traditional concoction) into the uterus; dilatation and curettage performed incorrectly by an unskilled provider; ingestion of harmful substances; and application of external force. 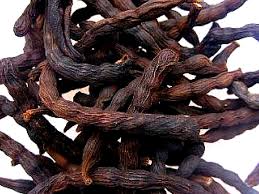 Can uda water cause miscarriage?

Uda, also called Ethiopian pepper (Xylopia aethiopica), is a plant that produces an aromatic seed used to spice food and as a remedy. It grows in tropical regions of Africa, from Senegal eastwards to Sudan and south to Angola, Zambia and Mozambique. According to research, Uda can trigger abortion and miscarriage, alterations in the estrous cycle, specifically, with prolonged diestrus, reductions in ovulation levels and implantation, as well as, abortifacient effect makes dietary Xylopia aethiopica or uda a food to be avoided during pregnancy.

Using Uda as an abortion agent can be life threatening because it is unsafe to use for that purpose. Available data indicates that over 68,000 women die of unsafe abortion annually, making it one of the leading causes of maternal mortality (13%),  of the women who survive unsafe abortion, 5 million will suffer long-term health complications. Unsafe abortion is thus a pressing issue.

Another dangerous side effect of using uda for abortion is incomplete abortion. A miscarriage is labeled “incomplete” if bleeding has begun and the cervix is dilated, but tissue from the pregnancy still remains in the uterus. There are a number of other complications that can arise after the management of incomplete abortion: death, uterine rupture, uterine perforation, subsequent hysterectomy, multisystem organ failure, pelvic infection, cervical damage, vomiting, diarrhea, infertility, and/or psychological effects. SEE: Uda And Fertility: Everything You Should Know