Truvada Lawsuit On Side Effects 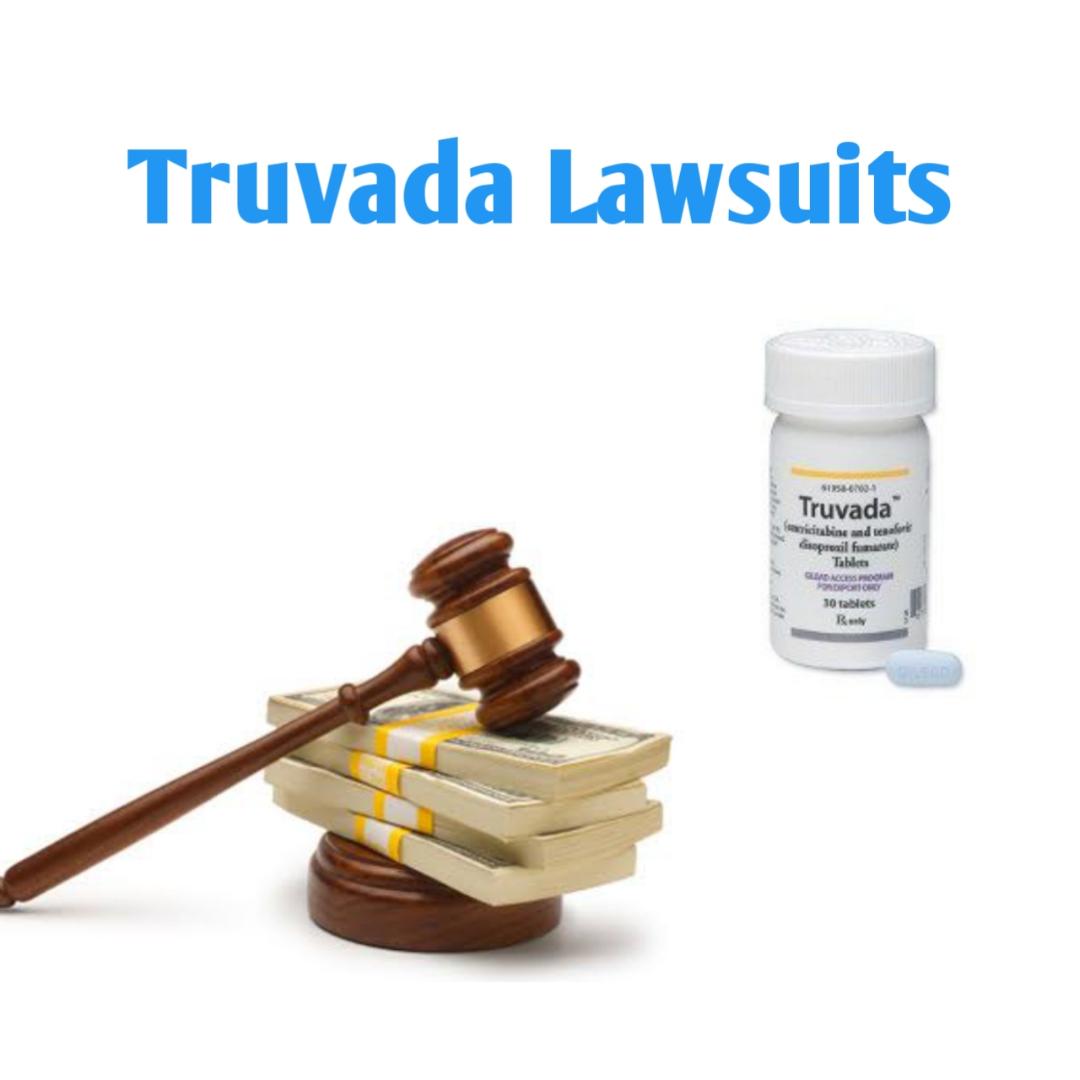 Every day, many  rely on prescription and over-the-counter drugs to treat illness and injury and to improve quality of life. Unfortunately, some drug companies may place a drug on the market without sufficient research and monitoring procedures, and fail to properly inform and warn patients and health care providers about all of the serious risks and side effects associated with their drugs.

When pharmaceutical companies try to cover-up potential dangerous side effects or fail to warn, patients suffer. People who have been harmed by a prescription or over-the-counter drug, often file lawsuits to hold the drug manufacturers accountable.

Truvada (emtricitabine and tenofovir disoproxil fumarate) is a combination of nucleoside analog HIV-1 reverse transcriptase inhibitors indicated in combination with other antiretroviral agents for the treatment of HIV-1 infection, and for pre-exposure prophylaxis (PrEP) to reduce the risk of sexually acquired HIV-1 in people at high risk.

The medication will come off patent a year early in the United States and will be available to patients and providers as a generic starting in 2020, according to Gilead Sciences. The drug has been approved in the U.S. since 2012 as pre-exposure prophylaxis (PrEP) for HIV prevention

On May 8, 2018, two lawsuits were filed against Gilead Sciences, Inc. over its promotion of HIV medication that causes permanent damage to the kidneys and bones as well as the company’s suppression of a safer version of the drug that is less toxic. In addition, they claim that Gilead withheld a safer alternative, tenofovir alafenamide, or TAF, in order to maximize profits from Truvada. The majority of individual injury cases are pending in California, and the company faces a related class action in the state.

So far, there have been no Truvada lawsuit settlements or trials because the litigation is relatively new. In its 2018 annual report, Gilead said it believes these cases are without merit. However, the company expressed concern that losing these lawsuits could result in “significant monetary damages.”

Most truvada lawsuit side effects cases against Gilead are pending in state and federal courts and involve hundreds of plaintiffs, according to the company’s quarterly report ending June 30, 2019. In addition to the large group of lawsuits in California, people from other states including Delaware and Louisiana have filed individual injury claims.

The company also faces a Truvada and Descovy PrEP patent infringement lawsuit filed by the United States on behalf of the Department of Health and Human Services.

People who say Truvada injured them filed the first lawsuits in 2018. Complaints also name other Gilead HIV drugs: Viread, Atripla, Complera, and Stribild. These drugs contain the same active ingredient as Truvada — tenofovir disoproxil fumarate, or TDF and may cause kidney and bone damage on rare occasions.

What is class action lawsuit?

Description. In a typical class action, a plaintiff sues a defendant or a number of defendants on behalf of a group, or class, of absent parties. This is like the truvada lawsuit claims but differs from a traditional lawsuit, where one party sues another party for redress of a wrong, and all of the parties are present in court.

GlaxoSmithKline holds the dubious distinction of being forced to pay the largest health care fraud settlement in U.S. history. The criminal fine was $956,814,400 with a forfeiture of $43,185,600. $2 billion was paid to resolve civil liabilities under the False Claims Act.

The penalties are related to deceptive marketing, including off-label promotion and kickbacks, and failure to report safety data.

GSK agreed to pay based on:

The criminal fine was $1.3 billion, and the additional $1 billion was for civil allegations under the False Claims Act. Pfizer falsely promoted Bextra, antipsychotic drug Geodon, antibiotic Zyvox, and antiepileptic Lyrica. The company was also accused of paying kickbacks related to these drugs and submitting false claims to government health care programs based on uses that weren’t medically accepted.

Bextra was pulled from the market in 2005 after it was deemed unsafe.

In the early 2000s, Risperdal was approved to treat schizophrenia. However, the company’s sales representatives were promoting the drug to physicians as a treatment for elderly dementia patients for anxiety, agitation, depression, hostility, and confusion. There were also allegations that Risperdal was marketed for other unapproved uses, such as prescription to children and individuals with mental disabilities. Invega and Natrecor were also included in these lawsuits as having been illegally marketed for off-label and unapproved uses.

Criminal fines in this action were $700 million and civil settlements were $800 million. Abbott promoted Depakote as a drug to control agitation and aggression in elderly dementia patients, and for schizophrenia. The FDA hadn’t approved the drug for either of these uses. For 8 years, the manufacturer marketed Depakote for this purpose in nursing homes, even though there wasn’t any evidence that the drug was safe and effective when used that way.

In fact, the FDA had approved Depakote for epileptic seizures, bipolar mania, and migraine treatment. The manufacturer had actually discontinued clinical trials of Depakote for dementia treatment in 1999 because of adverse events, yet they still continued to market it publicly.

Eli Lilly promoted antipsychotic drug Zyprexa for uses outside the FDA’s approval, which resulted in criminal fines of $515 million and civil settlements of $800 million.

However, Eli Lilly was marketing Zyprexa to primary care physicians even though it wasn’t a drug intended for the primary care market. As a result, physicians were prescribing it for patients of all ages for anxiety, irritability, depression, nausea, Alzheimer’s, and other issues.

The criminal component to the case related to Merck promoting Vioxx for treatment of rheumatoid arthritis when it wasn’t approved by the FDA for that use.

Amgen introduced Aranesp for uses and at dosage levels that the FDA specifically didn’t approve because there wasn’t enough evidence to establish its safety. Amgen introduced the drug for oncology and nephrology physicians to prescribe to patients with anemia from chronic kidney disease or chemotherapy. The doses were larger and less frequently administered than what the FDA had approved.

Amgen also promoted Aranesp for cancer patients with anemia but who weren’t receiving chemotherapy, which was not an FDA-approved use. In fact, the FDA had determined that using it in that manner could cause an increased risk of death.

However, during this time, the manufacturer was marketing the drug for additional uses like treatment of aggression, Alzheimer’s, anger management, anxiety, attention deficit hyperactivity disorder, bipolar maintenance, dementia, depression, mood disorder, post-traumatic stress disorder, and sleeplessness — even though the FDA hadn’t approved Seroquel for those uses.

In addition, AstraZeneca paid kickbacks to doctors for authoring articles about the drug being used in ways that weren’t approved.

Each of these drugs is used to treat pulmonary arterial hypertension. Although the drugs are safe for patients to use, the manufacturer was sued because it violated the False Claims Act and Anti-Kickback Statute.

Actelion used a foundation to illegally pay copays for thousands of Medicare patients taking these drugs, which would also induce patients to buy them because the prices would be higher otherwise. It essentially set up a fund to cover copays of its own drugs, which undermines the Medicare copay structure which is designed to prevent drug price inflation. Actelion was then able to raise the price of Tracleer by nearly 30 times the overall rate of inflation.

Purdue Pharma has been accused of playing a role in the U.S. opioid epidemic. A recent settlement, which was with the state of Oklahoma, acknowledges that the manufacturer didn’t adequately warn physicians and the public about the risks of becoming addicted to OxyContin.

The settlement will go toward funding treatment centers, reimbursing the stae for its related expenses, and medicine for addiction treatment.

What if you’ve suffered injury from a defective drug?

This might all seem like legal and financial wrangling, and much of it is exactly that. But it doesn’t change the fact that people in the U.S. are injured every day by drugs that were inherently defective, prescribed at the incorrect dosages, or used without the proper warnings.

If you’ve suffered health effects from a drug or drug interaction, you might be able to file or join a lawsuit.

Truvada: Everything You Should Know