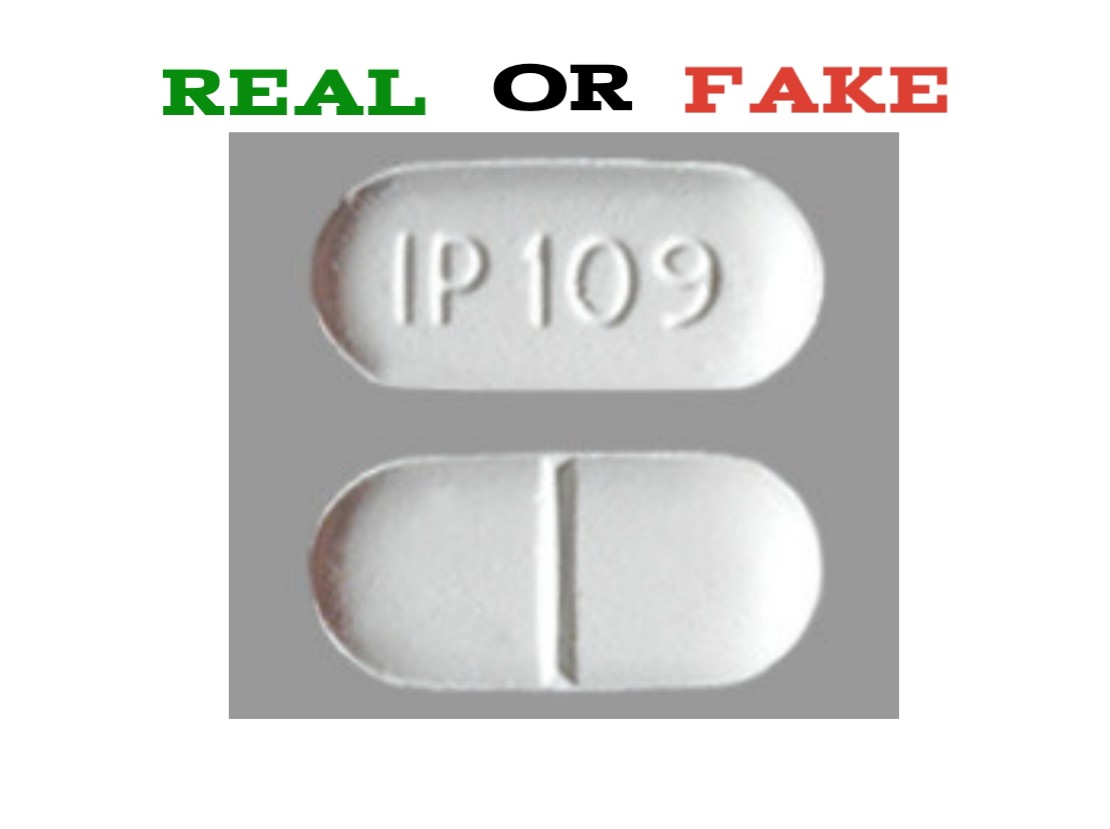 The IP 109 Pill is a code or generic name for the combination prescription drug containing 325 milligram of Acetaminophen and 5 milligram of Hydrocodone. Hydrocodone is a narcotic, while acetaminophen is a mild painkiller. In combination, they belong to a class of drugs known as the opioid analgesics, which exert their action by blocking certain nerve cell receptors in the brain.

Although hydrocodone is commonly prescribed to patients who are suffering from pain associated with injury, illness or recent surgical procedure, the addictive nature of the substance in any combination makes abuse very likely due to the feeling of euphoria or high which lasts several hours after the administration of IP109. This situation has increased the street value of IP109 as well as other pharmaceutical products containing hydrocodone. In general, P109 is used in the treatment of back pain, general pain; rheumatoid arthritis and cough. See Complete Overview of M367, Dosage, Uses, Side Effects, Outcomes

Side effects of IP 109 pill

The common side effects that accompany the administration of IP109 include:

Yes. IP 109 is a  controlled substance under the Controlled Substance Act (CSA). Due to the hydrocodone content. The increased rate of abuse and addiction has led to a wider call by public health experts for tighter controls owing to the haphazard, prescription, sale and administration of the drug which is increasingly becoming a public health challenge. Available data shows that hydrocodone combination products (HCPs) were the most prescribed medications in the United States. Under the Controlled Substance Act of 1970.

It is illegal to use IP 109 or any pharmaceutical preparation in order to get high, always seek medical counsel before taking any drug combination containing hydrocodone as the accompanying side effects could be fatal.

How to Spot White IP 109 Pill Fake Vs Real

Forensic drug analysis has recently confirmed the first known instance of heroin in tablet form in New Jersey. These counterfeit prescription drugs could lead to more opiate overdoses and deaths. For example, Fentanyl has been the cause of increasing overdose deaths in Ohio. In Franklin County next to Fairfield, the county coroner reported a nearly 75% increase in overdose deaths between in just six months.

Check the IP 109 pill Packaging: This is the simplest and the easiest method to check the authenticity of IP 109 pill. Check the packaging for details like unusual fonts, print color, and missing logo. Analyze whether it appears the same or different from the one you have used before.

No Breakage in the Seal: An IP 109 pill packet that comes with a security seal should not be damaged. Look for a crack or breaks in the sealing tape.

Check the IP 109 Pill Dosage Form: Look for dissimilarities in physical appearance of the drug like its color, size, uniformity, consistency, shape, etc.

Allergies / Unexpected Side Effects from using IP 109 Pill: Most of the medicines including IP 109 have side effects. It is important to consult your doctor before the usage to keep a check on allergies arising from it. If you notice certain unexpected or harmful side effects from your medication, report to your doctor immediately.

Price of IP 109: If the price of an IP 109 pill is suddenly far cheaper than the usual rate, double check the product as there may be a chance that the fake companies wanted to lure customers by providing medicines at much cheaper rates.

Verify Online or SMS: Many countries have unique methods for the verification of the genuineness of pills using authentication code or other online portals to confirm the authenticity of the IP109 pill being purchased.

Fentanyl Test: Using a simple fentanyl test strip can help determine whether your  IP 109 pill is laced with the deadly fentanyl or not. SEE: How to Spot Fake U23 Pill

Side Effects From Original IP 109 Pill

IP 109 pill (Acetaminophen-hydrocodone) oral tablet may make you feel sleepy, dizzy, or lightheaded. Avoid driving a car or using machinery until you know how your body reacts to this medication.

IP 109 pill oral tablet can interact with other medications, vitamins, or herbs you may be taking. An interaction is when a substance changes the way a drug works. This can be harmful or prevent the drug from working well.