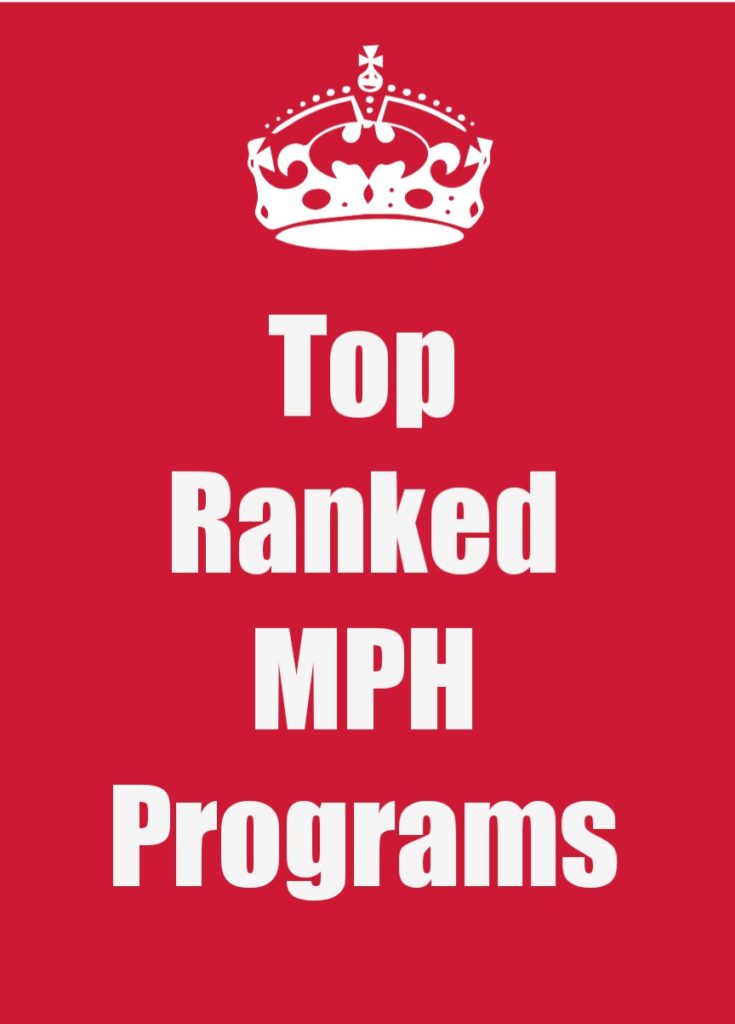 Several leading Schools of Public Health across the world offer the masters program in public health(MPH). Generally admission slots for MPH are competitive owing to the shift in emphasis from curative to preventive medicine. The increased awareness of  global health concerns and challenges such as  the AIDS epidemic , malnutrition, avian influenza  global warming and bio-terrorism has brought public health consciousness to the epicenter of public discuss. Today an increasing number professionals are pursuing public health careers leading to record levels of applications to schools of public health around the world. Public health education in the United States is the gold standard. Although public health university rankings in UK are relatively high, the research driven nature of the American public health system sets American Universities apart in the promotion of population health and well-being. The top Mph programs globally are as follows:

The UNC Gillings School of Global Public Health, has one of the best public health graduate programs Formerly known as The University of North Carolina at Chapel Hill (UNC) School of Public Health. The school holds a unique position among the top-tiered public health schools in the United States. The public health programs at University of North Carolina produce practitioner-scholars and leaders prepared to improve and promote  human health across the lifespan; to support the optimal management and organization of healthcare locally, nationally, and internationally; and to deliver accessible ,effective and  efficient high quality health services, particularly to vulnerable populations. Read : Highest Paid Careers With Public Health Degree

Columbia University’s Mailman School of Public Health, is a school of public health recognized by the Council on Education for Public Health. The School of Public Health began in 1922 as the DeLamar Institute of Public Health and currently enrolls nearly 1000 students and is one of the largest recipients for sponsored research relating to public health in the United States. In 1999, the school was renamed after Joseph L. Mailman, a prominent businessman, who was deeply committed to the welfare of others. A generous benefactor to organizations concerned with health and education, Mr. Mailman also actively assisted families fleeing Nazi Germany. To honor his memory, his family made an extraordinary gift to rename Columbia University’s School of Public Health. In 2012, the School redesigned and implemented a new Master of Public Health (MPH) that has since been indicated as a model at other schools in the United States and worldwide. The new MPH program listed among the top public health masters programs  is designed to meet the challenges of the times, such as, urbanization, population aging, health disparities and globalization. See: Public Health Degree Jobs In Demand

The University Of Washington School Of Public Health is among the top schools for masters in public health. The school provides world class education to prepare outstanding, innovative, and diverse public health scientists; leaders and   researchers to advance public health science locally, nationally, and globally. The School of Public Health emphasizes strong discipline-oriented academic programs, as well as programs that emphasize interdisciplinary collaboration. The School has five departments namely: Environmental and Occupational Health Sciences,  Global Health, and Health Services Epidemiology and Biostatistics  in addition to interdisciplinary programs within the school that include health services administration, maternal and child health, nutritional sciences, pathobiology, and public health genetics. The School is accredited by the Council on Education for Public Health (CEPH) and its MPH programs ranks among top public health graduate programs. See : What Can You Do With A Public Health Major

The best global health MPH programs are domiciled at the  Rollins School of Public Health (Emory University) The schools global health program is multifaceted  and filled with a diverse array of students from different parts of the world. The school has more than 1,100 students pursuing master’s degrees (MPH/MSPH) and over 150 students pursuing doctorate degrees (PhD). The student population come from all 50 states and from more than 40 foreign countries across the world. At the Rollins School of Public Health, students learn to analyze, process and intervene in today’s most pressing public health problems. The school’s graduate program is community oriented and students are trained to effectively and efficiently apply knowledge to promote health and prevent disease in human populations. The school comprises six departments namely: Behavioral Sciences/Health Education (BSHE), Biostatistics (BIOS), Environmental Health (EH), Epidemiology (EPI), Global Health (GH), and Health Policy and Management (HPM), as well as an Executive MPH program (EMPH).

Ranked as a top 10 institution by USN Education the University Of Minnesota School Of Public Health offers 16 masters programs and four doctoral programs, leading to the award of one of the following degrees: Master of Public Health (M.P.H.), Master of Healthcare Administration (M.H.A.), Master of Science (M.S.), or Doctoral (Ph.D.). Read Why You Need A  New York University NYU MPH Degree

Widely known as UC Berkeley School of Public Health, The University of California, Berkeley School of Public Health is one of 14 schools and colleges at the University of California, Berkeley. The MPH from this  school is highly regarded for the quality of its faculty and students and has a reputation for excellence in research, education, and community engagement. It is the only top ten school of public health not housed on a medical campus. Being on the UC Berkeley campus provides access to leading-edge collaborators in key science and humanities disciplines, including computer science, social welfare, public policy, journalism, engineering, international development, business, law, and beyond. The School is consistently rated among the best, with recent rankings placing its doctoral programs in Epidemiology and Environmental Health Sciences 1st, its doctoral program in Health Policy 2nd, and its Master of Public Health program 8th in their respective categories.  See The Best Biostatistics Graduate Programs