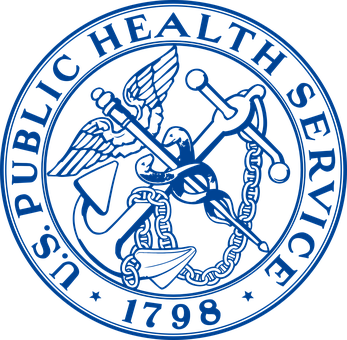 For centuries, mistakes caused by lack of preparedness, negligence and outright intentional malevolent behavior has led to catastrophic loss of lives some of which were preventable. Public health mistakes have killed more people than all other natural disasters combined. Public Health disasters don’t just happen, even though they’re often unpredictable most of them can be prevented if the right thing is done at the right time.

On the night of December 2nd 1984, one of the world’s deadliest public health disasters occurred at the Union Carbide pesticide plant in Bhopal state of Madhya Pradesh India. The industrial accident led to the release of over 40 tons of methyl isocyanate a highly toxic gas as well as a number of other deadly gases. The accident affected over 600,000 people killing at least 3,800 almost immediately and around 15,000 persons over the following years.  The toxic gas stayed low to the ground, which caused the victims throats and eyes to burn, inducing nausea in the process. The impact of that disaster is still being felt several years after it occurred as many of the individuals exposed to the gas gave birth to physically and mentally disabled children.  An investigative report on the cause of the Bhopal disaster reported that a mixture of operating errors, design flaws, training deficiencies, economic measures and maintenance failures, led to the accident that endangered the lives and safety of millions of helpless families.

Health Mistake # 2 : Delay in the Development of a Vaccine During the Bubonic plague Pandemic

The Bubonic plague pandemic started in Yunnan province in China in 1855, killing more than 12 million people in India and China alone. According to the World Health Organization, similar plagues had earlier occurred in Europe (Black Death) which killed at least one third of Europe’s population in a series of expanding waves of infection from 1346 to 1353. It was until the disease reached unimaginable proportions that the British colonial government in India pressurized a medical researcher by the name Waldemar Haffkine to develop a plague vaccine and after just three months of persistent work with a limited number of support staff, the vaccine was ready for human trial by the 10th of January, 1897.

Since 2003, the world has continued to battle the deadly Avian influenza outbreaks which is caused by the H5N1 virus. The infection  has resulted in  the deaths of millions of poultry and more than ten thousand  wild birds with  over 500 laboratory-confirmed human infections and human fatalities approaching a thousand. The unrestrained worldwide spread of this disease with few efforts at prevention and vaccine development is fueled in part by conspiracy theorists who claim that the swine flu virus spreading around the world was genetically engineered by bioterrorists , these unnecessary assertion  diverts attention and resources  from scientific efforts aimed at taming the disease to issues of security, an action that continues to expose the more than six billion people on the planet to grave danger.

April 26, 1986 was a black day for public health. That was the day that one of the reactors at the Chernobyl power plant in Ukraine exploded and caused the world’s worst nuclear accident in history. The nuclear explosion sent massive amounts of radiation into the atmosphere spreading over countries in Europe, but especially over significant portions of Belarus, Ukraine and the Russian Federation. As a result of the massive exposure to radiation, thousands of kids have been diagnosed with thyroid cancer, Leukaemia and non-thyroid solid cancer. According to the United Nations Scientific Committee on the Effects of Atomic Radiation (UNSCEAR), 134 liquidators were exposed to doses of radiation high enough to be diagnosed with acute radiation sickness (ARS). Among these number, 28 persons died in 1986 due to ARS. According to the Expert Group from the United Nations Scientific Committee on the Effects of Atomic Radiation there may be up to 4 000 additional cancer deaths among the three groups with the  highest exposure over their lifetime (240 000 liquidators, 116 000 evacuees and the 270 000 residents).

See  All Answers to Questions on Cancer 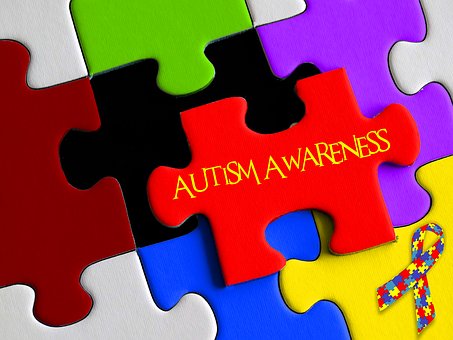 The impact of the actions of the now discredited British Surgeon Andrew Wakefield may continue to linger on for a very long time because the raging debate about the fear that vaccines increase risk of developing autism emanated from a 1997 fake study he churned out. The supposed study was unfortunately published in one of the world’s prestigious medical journal The Lancet. In the paper, Andrew Wakefield suggested that the measles, mumps, rubella (MMR) vaccine was increasing the risk of autism in British children. This finding has been found to be false but not after it had destroyed the psyche of American parents and complicated disease eradication globally. The study was found to be fraught with serious procedural errors, ethical violations including undisclosed financial conflicts of interest. Wakefield lost his medical license due to this fraud but millions of children around the world continue to suffer from preventable diseases because their parents can’t seem to let go of the discredited findings of an unscientific study.

Check Out The 10 Vaccine Myths

The human trial of Trovafloxacin in Kano North western Nigeria using a falsified ethical approval by the pharmaceutical company Pfizer in 1996 is a public health mistake that simply refused to go away in Nigeria because of the manner in which the trial was conducted and the catastrophic loss of lives that followed. The company latched on  an epidemic of meningococcal meningitis in the city to test its new antibiotic, Trovafloxacin (Trovan), giving 100 children Trovafloxacin, while another 100 received ceftriaxone, a cephalosporin antibiotic and the gold-standard anti-meningitis treatment. The company unethically gave the children a substantially reduced dose of the ceftriaxone (33mg/kg) as against the recommended dose of 50 – 100mg/kg in order to skew the test in favor of its own drug. Five children given trovafloxacin died, as well as the 6 of those given ceftriaxone while several others could not be accounted for till date.

According to Dr Marcola this is perhaps the greatest public health mistake of the 21st century. For decades dermatologist have been promoting sun avoidance and urging people to wear sunblock before venturing outside doing tremendous harm to public health in the process. Unlike what was previously thought Vitamin D is actually a prohormone and not a vitamin, extensive research has shown that it is actually produced by our body from cholesterol in response to sunlight striking your bare skin. As a prohormone, vitamin D is very important for health and overall well-being as it wields enormous influence on our health. According to new findings, Vitamin D is involved in a wide range of repair and maintenance functions in the body, it  influences genetic expression, and helps to regulate immune function. Unfortunately, dermatologists have spent decades promoting sun avoidance to the detriment of many. The British Journal of Dermatology in 2009 suggested that the sun is likely nothing more than a scapegoat. 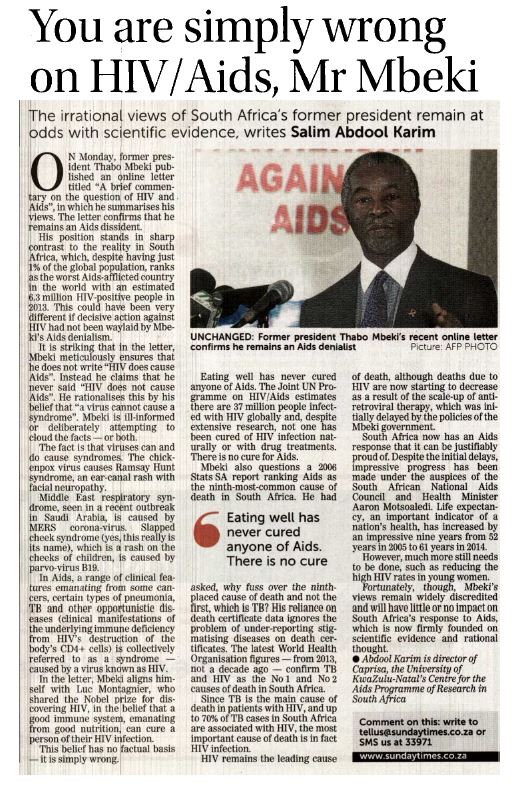 In Africa this is perhaps the greatest public health mistake ever committed. Despite conclusive scientific and medical evidence that the Human immuno deficiency virus (HIV) causes AIDS, most denialist still believe that other factors other than HIV cause AIDS. Some of its proponents completely reject the existence of the HIV virus, while others accept that HIV truly does exists but maintain that it is a harmless or innocuous passenger virus which has no link with the causation of AIDS. This public health calamity took another dimension when some proponents led by the former President of South Africa Thabo Mbeki began a campaign that promoted nutritional supplements as a substitute for anti-retroviral drugs, this huge public health mistake led to the loss of almost half a million lives in its first few years, including 171,000 other HIV infections and over 35,000 infant HIV infections in South Africa alone and continues to wreak havoc on the management of HIV/AIDS across the world including Russia where many parents of infected children  have refused to administer anti-retroviral treatment to their infected children a situation that has caused significant morbidity and mortality across the Russian federation and neighboring  countries. The activities of the other four major AIDS denialist: ACT UP (AIDS Coalition to Unleash Power) , the German-born Matthias Rath, head of the Dr. Rath Research Institute in California, Christine Maggiore the poster child of the AIDS dissident movement, and Dr. Peter Duesberg  known as the father of the AIDS dissident movement also contributed significantly to the trend of toxic AIDS ideas. 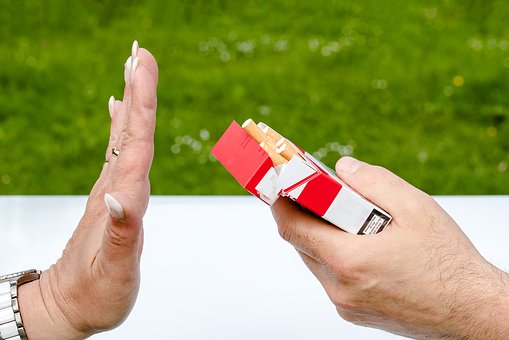 On the 2nd day of January 1971, The “Public Health Cigarette Smoking Act” went into effect. Banning the advertisement of cigarettes and tobacco product on television and radio in the United States but not after it had enjoyed over 25 years of unrestricted hype the consequence of which continues to plague America till today. According to the Center for Disease Control and Prevention, Cigarette smoking is the leading preventable cause of death in the United States. Despite the fact that the menace of smoking kills 10 times as many U.S. citizens than all the wars fought by the United States there seem to be no magic wand to stem the tide, available data from the CDC indicates that

Following the ban on cigarette advertising in America, most companies shifted focus to Asia and Africa were laws are lax and  advertising is unrestricted and continue to lure children into the culture of smoking after ruining the lives and health of their parents. Available data from the World Health Organization shows that:

Despite Killing over 7 million people each year and representing the biggest public health threat the world has ever faced, the tobacco advertising continues to thrive in many forms globally.

Read : How to Quit Smoking 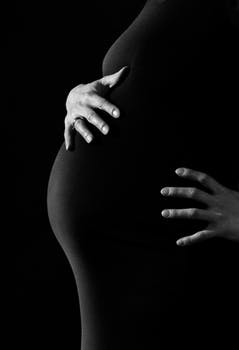 Thalidomide is an immunomodulatory drug marketed and sold using the brand name Immunoprin. in the 1950’s to 1960’s it was prescribed as a remedy for morning sickness in pregnancy. As a result of its use 10,000 babies were born worldwide with severe limb abnormalities, underdeveloped hearts or urinary tracts, or blindness or deafness. Only 50% of them survived. Even though the drug was successfully tested on rats with no birth defects the catastrophic impact on human shows that extensive test is required before a drug is certified fit for human use. Till date, the thalidomide disaster remains one of the darkest episodes in pharmaceutical research history

Public health mistakes such as drinking water used in bathing or cleaning a corpse, a common practice deployed to prove innocence in South Eastern Nigeria is a calamity that has been preserved for centuries. The human body dead or alive is a huge reservoir of disease causing microorganisms, dead bodies from morgues or hospitals contain even deadlier organisms due to the nature of the environment and contamination from other sources. Most of the individuals killed by drinking these  “pathogenic water” died as a result of the disease causing organisms  present in the water and not because they were actually guilty of killing the deceased. Another public health mistake that continue to place Africa on the wrong side of history is child marriage. The practice of giving out female children immediately they attain menarche is a huge public health mistake that continues to thrive unabated especially in the Middle East and Africa. The pelvis of many of these young children and adolescents is not ripe for the challenges of child bearing as such most of them end up with Vesico Vigina Fistulas (VVF) which often results in their being abandoned, separated or divorced by the very men who took away their innocence. Available public health data shows that Nigeria has the highest prevalence rate of Vesico Vigina Fistulas (VVF) in the world, with 400,000 to 800,000 women living with the condition.  In addition, female genital mutilation (FGM) and breast ironing, as well as a litany of other cultural and sexual practices, continue to complicate the attempt to advance health in many remote and developed regions of the world. SEE: Natural Hazards and Types of Natural Disasters