The Effect Of Bitter Leaf On Pregnancy 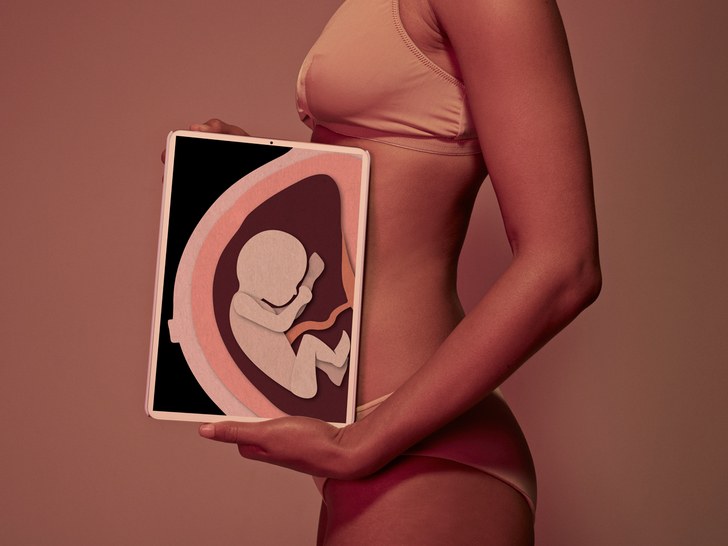 Pregnancy refers to a state of carrying a developing embryo or fetus within the female body. Estrogen helps the womb to grow and maintain its lining. It supports fetal development, including the development of organs and bodily systems. It also activates and regulates the production of other important pregnancy hormones. Pregnancy can be confirmed by positive results on an over-the-counter urine test, and confirmed through a blood test, ultrasound, detection of fetal heartbeat, or an X-ray. Pregnancy lasts for about nine months, measured from the date of the woman’s last menstrual period (LMP). It is conventionally divided into three trimesters, each roughly three months long. The most important tasks of basic fetal cell differentiation occur during the first trimester, so any harm done to the fetus during this period is most likely to result in miscarriage or serious disability.

The importance of good nutrition during pregnancy cannot be overemphasized. Approximately 300 extra calories are needed daily to maintain a healthy pregnancy. These calories should come from a balanced diet of protein, fruits, vegetables, and whole grains, with sweets and fats kept to a minimum. All alcohol should be avoided in pregnancy. Bitter leaf is a popular vegetable commonly made into bitter leaf juice, bitter leaf tea, and bitter leaf soup and has been employed widely in traditional medicine for the prevention and management of many health conditions due its huge benefits.

Bitter leaf has huge health benefits your body and unborn child can benefit from during pregnancy. Your body can’t function properly if it’s missing the nutrients recommended during pregnancy. Whenever possible, choose natural, low-fat foods like bitter leaf over processed junk foods. Chips and soda, for example, contain no nutritional value. You and your baby will benefit greatly from the nutritional profile of this plant and ensure that you satisfy your body’s nutritional needs during pregnancy. 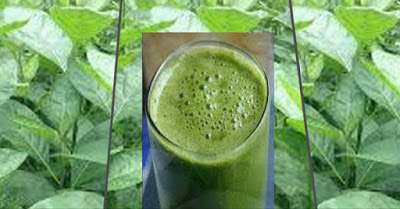 How does bitter leaf affect pregnancy?

The benefits of drinking bitter leaf water, soup or tea in pregnancy include:

Calcium: Calcium helps build your baby’s bones and regulates your body’s use of fluids. Pregnant women who do not consume sufficient amounts of calcium are at greater risk of developing osteoporosis later in life. Pregnant and lactating women need 1000 mg of calcium per day; pregnant and lactating teens need 1300 mg of calcium per day. Bitter leaf juice or soups are good sources of calcium. There is usually a minimal nutrient loss associated with di-bittering and cooking  processes especially with palm oil. This makes bitter leaf a good food during pregnancy

Folate: Folic acid plays an important part in reducing the risk of neural tube defects. These are major birth defects that affect the baby’s brain and spinal cord, such as spina bifida and anencephaly. if you find you are pregnant and have not been taking folic acid, you should start now and also supplement with folate rich foods like bitter leaf tea , soup of juice.

See: Complete List of Foreign and Local NGOs in Nigeria

The ability of bitter leaf to cause miscarriage has been widely investigated without any conclusive evidence. However, researchers from Uganda who studied the link between consumption of bitter leaf and stimulation of childbirth among rats reported that water extract of the plant stimulate the production of oxytocin. Oxytocin is a hormone produced by the hypothalamus and secreted by the pituitary gland. It plays a major role in the childbirth process and also helps with male reproduction. It also increases the production of prostaglandins, which move labor along and increases the contractions even more but there is no evidence the plant elicits the same response in humans. Bitter leaf in high doses can also affect the ability of a man to make a woman pregnant. A study published in the American Journal of Biochemistry and Molecular Biology  revealed that at higher doses bitter leaf causes testicular degeneration ranging from a significant reduction in sperm concentration, motility, percentage normal morphology, percentage number of live sperm to a significant increase in the number of percentage abnormal sperm. This findings has also not been confirmed in humans. See: Traditional Birth Attendants in Nigeria

Bitter leaf for abortion and as Contraceptive

Learning how to use bitter leaf for abortion or prevent pregnancy might just be a waste of time according to medical research. According the American Congress of Obstetricians and Gynecologists, herbal abortion is an inappropriate way to end a pregnancy, it is unsafe and illegal. They result in 50,000 deaths annually. See : Dangers Of Using 7up With Salt To Terminate Pregnancy

How to Make Bitter Leaf Tea and Health Benefits

The Effects of Bitter Leaf on Fertility