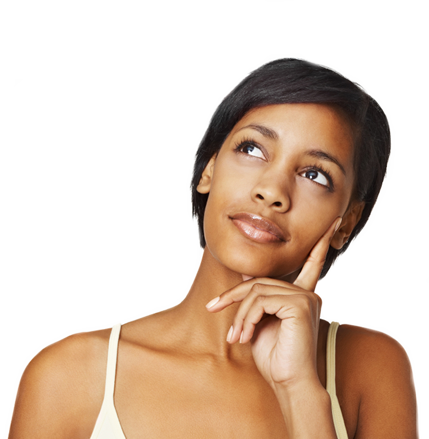 Nur-Isterate is injected into the muscle of the buttock. The injection is usually given during the first one to five days of your monthly period. Nur-Isterate will continuously release progestin into your bloodstream over a period of eight weeks (two months).The protection effect of Nur-Isterate is strictly over a 2 month period.

Nur-Isterate works mainly by stopping ovulation (the release of an egg from the ovary). It also changes the lining of your womb (uterus) to make it less likely that an egg would attach to it, even if an egg were to fertilize. In addition, the mucus which forms a plug in the neck of your womb (cervix) becomes thicker. This stops sperm getting through to the womb to fertilize an egg.

How long does Nur-Isterate Stay in Your Body?

The majority of metabolites found in urine were present as conjugates, mainly as sulphates, which are expected to be inactive. Transformation of norethisterone to ethinylestradiol in vivo has been reported for many years but has not been determined quantitatively. Up to 85 % of the norethisterone enantate dose is excreted within 30 days in urine (40 %) and faeces (60 %). No unchanged norethisterone enantate was recovered in urine or faeces. In urine and faeces, similar excretion half-lives of 6 to 9 days were estimated for radioactive labelled substances during a period of 30 days and  in a further study an excretion half-life of 20 to 30 days was measured in urine between days 30 and 80 after IM administration of 200 mg 3H-norethisterone enantate. Based on animal studies, retention of the drug in the body is not to be expected.

In addition, people with faster metabolisms usually eliminate drugs more quickly and will notice signs of Nuristerate wearing off earlier, as do larger people with higher body weights. The amount of Nur-isterate someone uses can determine how long it takes them to eliminate it.

Learning how to flush Nur-Isterate out of your system can be beneficial if you want to eliminate side effects and if you’re preparing for pregnancy, looking to rebalance your hormones, find PMS relief, or finding hormonal harmony.  Although there are several detox products in the market today, you should always discuss with your doctor before trying any.

To flush Nur-isterate out of your system faster, your body will require the adoption of some detoxification protocols. In order to flush out Nur-isterate quickly from your body it is important that you observe the following:

Exercise. To stay healthy, exercising at least 150 minutes of moderate aerobic activity a week plus strength training once a week will help convert fat to muscle mass. Excessive amounts of fat can severely impact how medications such as Nur-isterate get absorbed and released from the body, in addition to damaging our kidneys and liver which are responsible for cleaning the body from waste and toxins.

Consume Probiotics. Probiotics can be helpful in regulating the bacteria in our gastrointestinal tract which is important given that toxins can be released from invading microbes. These can be found in both supplements and food sources (examples include yogurt, kefir, miso, and kombucha). Based on many studies, it has been proven that the administration of probiotics has the capability of restoring vaginal microbiome and hence improves fertility, pregnancy outcome, and menopausal infection.

Short-Term Detox Diet. A general body detox diet has been shown to clear out toxins and waste, including helping medications get eliminated from your body if your energy level is especially low. Often these detox diets are done over the weekend where you start on a Friday night with a green salad. Saturday’s menu consists of lots of vitamin C and fruit juices which will help flush your body quickly. Typically every 90-120 minutes you would drink something so you don’t get deprived or too hungry. Eating brown rice, chopped vegetables, or miso soup are good options for meals due to the high fiber content. Relaxation techniques such as massage therapy, sauna, aromatherapy baths, walking, and deep breathing exercises can help with the cleanse as well.

Liver detoxification. Can be another avenue to explore given that our livers are often overworked with a combination of poor lifestyle and diet choices. Antioxidant vitamins such as vitamin B, C, E, and betacarotene all have been shown to help cleanse the liver. Additionally, minerals such as zinc and selenium as well as herbal supplements like milk thistle, silymarin, dandelion root, and schizandra may help protect our liver cells. One area of concern however is that there are no clear scientific studies to indicate a physiological benefit from using these vitamins and minerals. Starting a detox program at any time before conception can bring benefits to your fertility and your baby quickly. We recommend that you begin avoidance of toxins, as much as is practical, twelve months ahead of trying to conceive. ALSO READ: How To Flush Depo Provera Out Of Your System